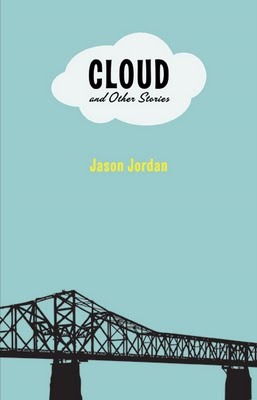 Jason Jordan is the editor of the online lit mag decomP and has two books out, both released in May from Six Gallery Press. The first is Cloud and Other Stories, which traces a path in stories from Louisville, KY to Pittsburgh. The other is a re-release of Powering The Devil's Circus, also a collection of stories. Jason blogs over here. Scott McClanahan described Jason this way:

“Jason Jordan is a real deal heavy metal saint. Reading this book, I thought to myself, 'If I'm ever in a Louisville street fight, I want Jason Jordan on my side and holding the nunchucks.'” Here are five recent reads from Jason Jordan:

01 The last really good book I read was John Jodzio's If You Lived Here You'd Already Be Home, the debut from both Replacement Press and him. It's a strong collection, and it seems like every story had a part that I found unsettling, parts that unnerved me to the point that I wanted to quit reading but couldn't. Any reaction is a good one, which shows just how proficient Jodzio is at evoking them. I was fortunate enough to publish one of his stories–“Guns and Gold”–in decomP. It's not in this collection, but I hope it'll be in a future one.

02 Cracked.com is fun to peruse. I especially like their Articles and Craptions. Speaking of the former, they have list-based articles, charts, Photoshop competitions, and more. And actually, many are fairly educational. One I dug recently is “The 9 Stupidest Superhero Secret Identities.”

03 DontEvenReply.com, better known as E-mails from an Asshole, is great. The shtick is simple: he responds to classified ads and messes with people. It's usually hilarious. “Fake Invoice” is a good introduction to the site.

04 David Thorne's 27b/6 was recently brought to my attention because of the Missy the missing cat poster e-mail conversation, which is really funny. The post before it–Simon wants a logo–is just as good, if not better.

05 PANK Magazine is an online/print literary journal that is consistently excellent, and their July 2010 issue is no different. My favorites are Jen Gann's “Tiger Town,” Tia Prouhet's “Falcon Street,” Laura Read's poems, and Robert Swartwood's “The Chameleon Kid.”