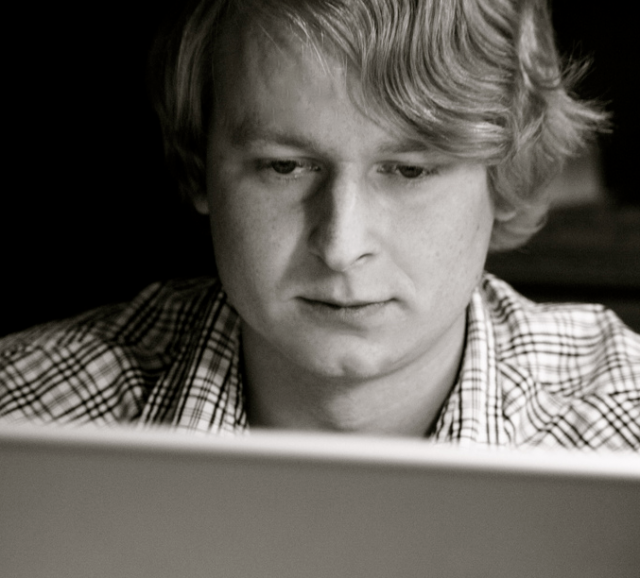 Back before there was the Internet or movies or television or handheld electronic devices or computers or video games, authors used to control everything. If that sounds like a long time ago, it was.

The writers Thomas Paine and Charles Dickens used to draw crowds of people. People cared about what they did. They cared so much, they made fake copies of boring stuff like Oliver Twist and sold it to the demanding masses. People loved it so much they printed up fake copies of it to pass it around to their friends and sell it. Dickens was part of the
reason copyright laws were invented.

Oliver Twist back then was like how LOL CATS is now, which we'll think is stupid in like five years or five months, just depends on how well the FAIL blog is doing.

All this to say, literature once owned the meme game but then lost it. Those darn television shows, video game cheat codes, OK Go treadmill machines, only literature is supposed to create that type of buzz! And I don't care about David at the dentist, he needs Goodnight Moon read to him again.

Finally literary types can stop all of that gnashing of teeth about viral memes because literature now has its own–at least for one week.

Called I Write Like, writers of the English language can enter in some text and see to what author their writing compares to. All it took was some Russian software programmer to do it.

Got a handy blog post? You're HP Lovecraft. Gmail chat? You're Chuck Palahniuk. If you're thinking that's probably not entirely accurate, you're 100 percent correct.

According to a Q&A at The Awl, the Russian programmer Dmitry Chestnykh who created I Write Like says that the programs is not “rocket science” which is a good thing, because there seems to be a lot of mistakes. Maybe because he's Russian or maybe because he hasn't actually read HP Lovecraft, I'm not sure, he just notes that “nothing really” makes him qualified to write the program.

This means I Write Like has the perfect addictive quality of the viral Internet meme–it's false.