Perfecting for the future with Autolux 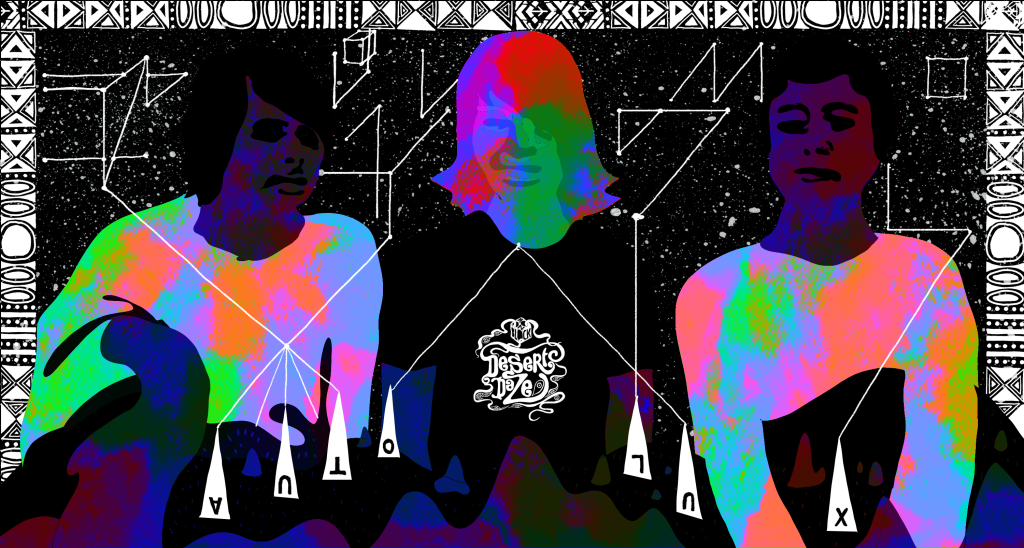 In our continued pursuit to enlighten you, the reader, to the Desert Daze lineup with a brief but informative interview series, we traded emails with Carla Azar of Autolux. The Los Angeles based trio has been at work on its follow-up to 2010's Transit Transit, which should bode well for attendees to get an early glimpse into the new record—fingers crossed.

When Carla Azar isn't drumming in Autolux, she's out on the road with Jack White, backing Mr. Third Man on the skins as a member The Peacocks. She played on White's Blunderbuss album and has brought her percussion expertise to albums by PJ Harvey, T-Bone Burnett, and John Frusciante. Azar met her Autolux bandmates in 2001 in Los Angeles, which led to Future Perfect in 2004. Known for lengthy gaps between albums, we inquired with Azar on the band's process, interests in sound pieces beyond the recorded album, and the future of Autolux.

It's been four years since the last Autolux full length. Should we be anticipating a new record soon or is Jack White eating up too much of Carla’s time?

Jack White is not eating up my time at this time. Autolux started writing last March, after I finished touring with Jack and filming a movie called Frank, starring Michael Fassbender. We’ve started the mixing process. The record will be done when we think it’s great. It’s definitely the quickest we’ve ever written and recorded a record so far.

One of the contributing factors to the formation of Autolux involved scoring a film for Dario Fo. Are there any plans to score a film again? And in working in that outlet, what do you enjoy most?

Eugene and I did the musical score for a play, not a film. We’ve never scored a film. We have no plans at the moment to score one, but it’s something that I know Greg wants to do. That’s pretty serious business—and time consuming.

Would you classify Autolux as a band that pays attention to critical and public response, to a point it might factor into the writing/recording process or do you keep a media blackout from such things?

We hear and see things, they’re hard to avoid at times—but none of us spend hours on the internet searching for opinions and answers to who we are (at least not that I know of). That seems pointless to me. Compared to some people, I suppose media greyout would be pretty close to where we reside.

When writing an album what’s the biggest obstacle that Autolux typically faces?

There are different kinds of obstacles, but I would have to say the biggest obstacle is self-doubt. No one likes to admit it. I surely don’t. But it attacks when you’re most vulnerable. Those are not pleasant times.

Given the space between records do you have trouble determining or accepting when something is complete? Is there ever any difficulty in turning in your work?

No. The one thing that we do know and agree on, is when our work is finished. Everything up until then, can be very difficult. It’s never difficult to turn in work after we feel it’s done.

Going forward do you plan to continue producing and engineering in-house?

The new record was recorded mostly in a great studio in Hollywood. It’s a private studio. We are co-producing this record with Kenny Takahashi, who mainly works with Dangermouse.

Kenny engineered the record, and is also mixing. He’s extremely creative and we work well together. We also have our own studio that we use for recording ourselves for other various endeavors.

Are you still signed with ATP? What’s the up-to-date status with Autolux?

As far as we know, TBD Records is putting our record out in N. America & ATP will handle the rest—anything could change but thus far, that’s the plan.