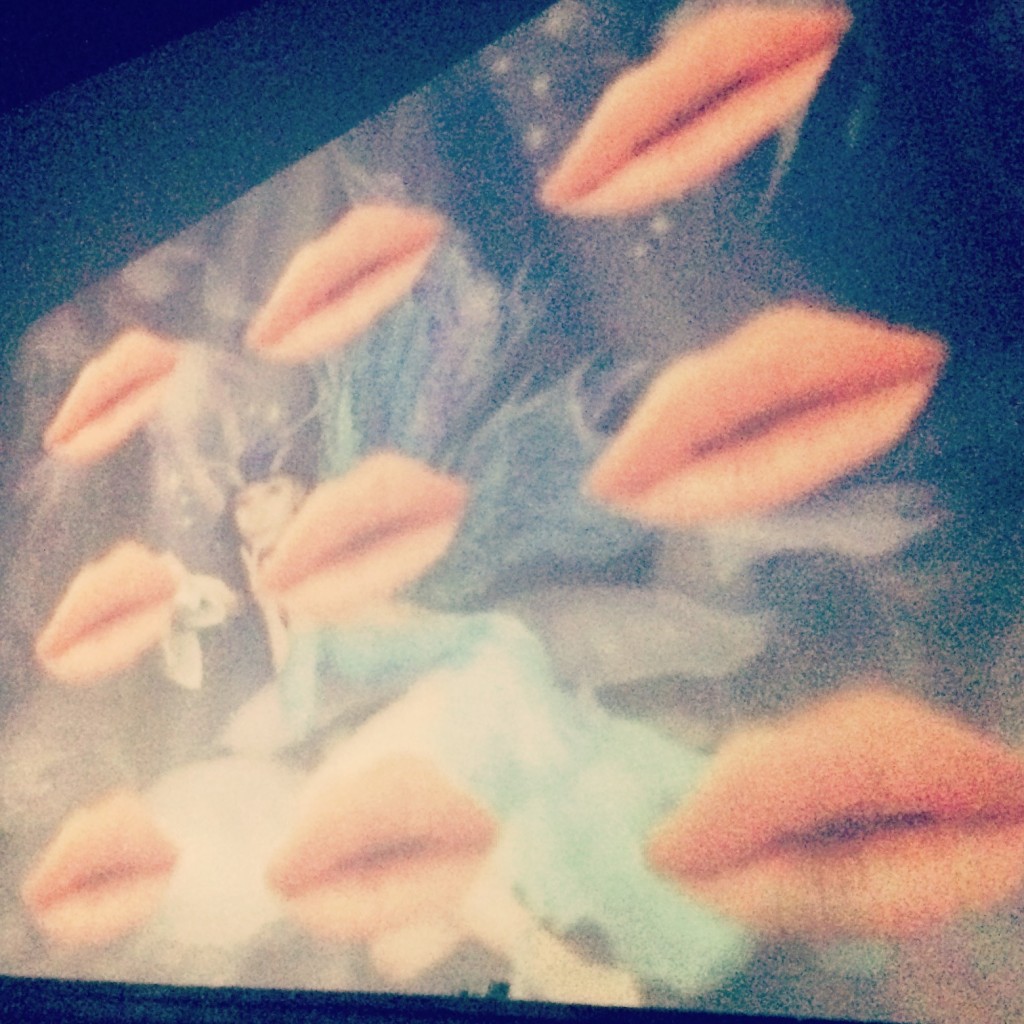 “Well this is definitely the most intimate crowd I've had in a while” said Nick Koenig, aka Hot Sugar, appreciatively, to the attendees at his Friday night Cameo Gallery show, as he disappeared into the smoke-filled configuration of machines right before starting his set. Although billed as a “teaser,” he played what seemed like the entirety of his soon-to-be-released solo debut full-length God’s Hand. Individual tracks were complex and sweeping; distinct, but clearly part of a grand scheme.

In one gorgeous electronic composition after the next, he combines lullaby-like intro melodies on the keys, inspired alterna-trap beats, atmospheric texture for days, and true cinematic romance together in one dynamic organism. His new work leaves vocals and rapping out of the mix, in favor of more original sounds he’s generated using recording methods of his creation. The quote above ended up pertaining to the set, given the sense of “intimacy” felt in the music. Each track incorporates a nostalgic melody that recalls either memories of childhood or an existential romantic issue related to the loss of innocence; delicate minor chord keyboard arpeggios serve as a launching point for swelling synth crescendos and hooky beats.

On previous tracks such as “Erica,” from the Made Man EP, the intimacy was of a more twisted sort (the song concerns the fictional domestic life of the artist and his blow-up doll girlfriend shot in a 70s porn-flick style). It was part of a larger, tongue-in-cheek equation that, on God's Hand, is front and center. Not that there isn't some throwback variety; the enlightened pop beatsmith of bangers like “Mama, I'm a Man” still wields a strong influence. But without rap narratives, where celebrity guest spots tend to set the tone and a cerebral appreciation overshadows an emotional one, Hot Sugar's emotive electronic pallette—his intimate touch—stands to strike a more sentimental chord with listeners. I hesitate to call it a true evolution, if only because he seems to be bringing things out of his previous work that interested him enough to explore further. But, to the extent that we haven't heard anything quite this resplendent out of him before, he has evolved indeed.

People in the crowd, including former collaborator Nasty Nigel, were content to hang on every intricacy, at times throwing prayer hands up in the air with eyes shut tightly and bodies loose. To the audience’s left, a digital collage of moving images—doves, lips, marine creatures, and unidentified 3D princesses among them—played on a projection screen, evoking laughs and glazed-over staring in equal parts. All in, if this is what Hot Sugar’s visionary coinage of “Associative Music” has amounted to, you won’t be hearing any complaints out of us. Look out for the forthcoming release of God’s Hand.

PrevPreviousWeek in Pop: Aunt Dracula, Brett, Dub Thompson, The Other Bones
NextDo you have MOMENTUM?Next