GUILTY: Confessions of a single woman on Valentine's Day 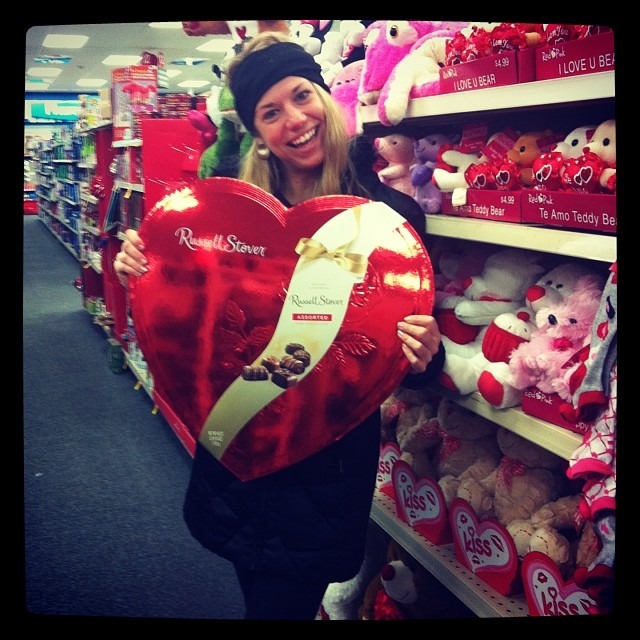 New York City. There are a million things to do at any given moment and a million people to spend the night with and spend money on. Back when I was in a relationship, I felt like it was Us against all of the Single People desperately looking for love and relentlessly holding on to every cryptic text, every sidelong glance from someone in the subway, and every passionate one-night-stand.

Last Valentine's Day, I was newly single after three years of believing I had found “The One” and thinking I would never have to go out in the field again. Determined not to feel broken down, I took myself out to the New Museum. Every attractive man had a beautiful, radiant woman on his arm . . . much like the adoring, beaming woman I used to be. Don't be discouraged, Nimai, I thought. After the New Museum I went to dinner alone. In a sea of couples I went unnoticed. They only had eyes for each other.

It's not their fault, actually. And everything New York men are guilty of, I am also guilty of. Shifting the blame to someone else is just temporarily putting off the Real Work I need to do to make myself relationship material again.

I've been on both ends of the cryptic text. I've been flaky and I've been flaked on. I analyze and pour over a few aloof and puzzling words from Some Dude I'm trying to hook up with. Why won't he just be a straight shooter??? I think. Doesn't he want me? Then the next day some Other Dude is clearly trying to get in my pants and he's cute but he's kinda whatever so I'll just let him call me, I won't answer, then I'll text him an hour later totally veering the subject away from hanging out in an extremely vague way. GUILTY.

I've felt annoyed when dudes blatantly try to make eyes at me in the subway. I know it's only because I'm tall, mysterious, and blonde. Yet I've tried to blatantly make eyes with tall, mysterious, blonde men. I know nothing about these other passengers in the train and they know nothing about me . . . yet I find myself in an unshakeable pattern of stepping into an unfamiliar place, scanning the crowd for someone attractive, and feeling let down when no one meets my standards, or a forced eye-lock leads to nothing. I build meaningless fantasies in my head about these guys anyway, silently putting expectations on who I'm projecting them to be. GUILTY.

I've kept men in the passionate one-night-stand zone. I keep telling myself, “I'm not ready for a relationship . . . and until I am, I will keep acting the part of someone who is in love for a night because it's easier to say yes than to abstain.” Why is it easier to say Yes than No? I've asked myself this a million times. Rather than wrangle with this consuming question and beat myself up about how many men I've slept with in the past year, I've learned to accept that I am human. I like to feel wanted and flattered. I am a sensitive and romantic person on the inside, but you would never know this because I use each guy who I've not “made love to” but “fucked” to build the thickest walls of protection around me. GUILTY.

It withers me inside to know that I haven't earned any of the intimacy that I've engaged in. And not a single man has gone outside their comfort zone to win me over.

I listen to nostalgic songs by Peter Gabriel and Foreigner to remind myself that there are loving people in the world. But maybe I should just listen to Guns 'n' Roses and Black Sabbath and rest assured that I'm not the only crazy, heartbroken person in this world. I'm in good company.

This Valentine's Day, I decided against staying in New York City. There are plenty of parties and other single girls I could get a drink with, but I want to feel Real Love. And since there is no real loving man in the picture and I clearly have some work to do on myself, I will be in the Sunshine State with my parents. In their 35th year of loving each other, they've been a true inspiration for me to keep on keeping on—anyone worth loving, whether it's yourself or someone else, is worth working hard for.