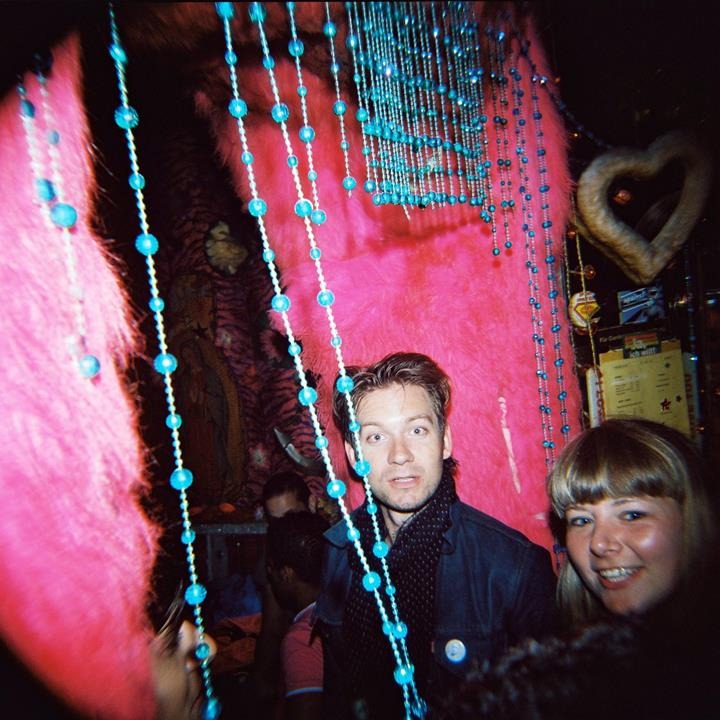 There has been talk of Crocodiles' frontman Charles Rowell taking on the roll of general in his new project, WARTIME. This has become the incendiary and innovative vehicle for Rowell to complete and bring closure with songs, covers, and poems initially slated for a book written with a friend who abruptly took his own life. More than a homage or just any old tribute, the intended book becomes the scorched earth epoch eraser, WARTIME. The upcoming Graffiti Dogs (Ku Ku) cassette will be released next week from Art Fag, with a title that borrows inspiration from Bangkok's legendary lady dudes. So prepare yourself and listen as war is declared on the world with a high art and lo-fi aesthetic in our premiere of, “Wartime Won't Let Me”.

Sampling drums from Iggy Pop's “Horse Song” (in a song that Iggy also covered on his 1981 album, Party), the piano leads you into bedroom scuzz guitar and rotating loops of damaged weirdness. On every count, every distorted guitar lick, dead pan howl, snarl and sneer, Wartime gets it right. Continuing in that sacred, collaborative bond that was cut too short, Charles turns the art of mourning into something of a homemade war era monument. On “Won't Let Me” and Graffiti Dogs (Ku Ku) there is no fancy, dripping studio gloss here to save or console. In the world of WARTIME there are no celebrity cameos, no guest features, or product endorsement spots; this is the grand, final confrontation and full realization of a project interupted. And though the original medium of choice was literary in nature, these are the auditory effects of the words that have jumped from the page's pulp to reach toward the victory of the skies. Begin this battle with the utmost bravery, and valor dear listeners.

WARTIME and Crocodiles' Charles Rowell took the time for an intimate chat, providing us a proper introduction to his project of loss and love.

How has the creation of WARTIME and Graffiti Dogs (Ku Ku) cassette helped you out, amid the trying, personal conditions of loss?

It was a much needed dose of catharsis. I was in tears when singing the “dead boy” line in “All This Amour”. I hadn't intended to create an album in the wake of him but it all just came out quite easily because I was in mourning and I was chained to the bed anyways. Some songs were poems intended for a book of ours and some are covers of songs that he and I shared a fondness for. Hopefully his spirit remains here on earth and isn't pissed off that I am chatting all this shit!

Through the rebuilding process, how does a classic like “Time Won't Let Me” assist with coping?

Just before he passed we were sharing links to our favourite Iggy Pop songs. Subconsciously I was probably just wanting to keep him and his bullish opinions around for a bit longer. “Dog Food” is a great song as well that I wanted to cover.

Iggy pop also did a great cover of this too, although yours might be even more punk than his.

To be honest, the drums to “Time Won't Let Me” are sampled from an Iggy Pop song called “Horse Song”. Which is on the album Zombie Birdhouse. It wasn't until later that I saw Iggy's cover of “Time Won't Let Me”. It's a funny coincidence.

How do you intend to balance WARTIME with Crocodiles?

WARTIME should remain a bedroom exercise. One that I needn't bring out too often as most of my ideas are preserved for Crocodiles albums. It's a personal project reserved for situations like this, when in an instant I am shaken and have a desire to create something quick with a burst of emotion, which is how I like making music. You create a name, a style, a load of music quickly in a flash without thinking too much about it so that it remains true to your wildest subconscious ideas. My personal projects have always been a direct result of something intense like a relationship, friendship or a severe condition. These can be daunting but mutually creative catalysts.

Last year, it was a much need vehicle for my sadness, weariness, anger and frustration. It serves as a personal reminder of how awful a time it was but also how great my best friend once was.

Any words of inspiration you can or care to impart?

You should engage with your friends as much as possible because you never know when you might lose one of them. Be a good person and always enjoy yourself.