Elliot Smith Double Album with Rarities To Be Released 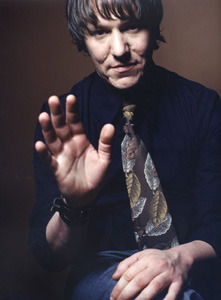 On May 8, 2007, Kill Rock Stars will release a double CD of music by Elliott Smith entitled New Moon. The album contains 24 songs recorded 1995-1997, a prolific time in Smith's career, when he recorded his self-titled album and Either/Or (both also released by Kill Rock Stars). The label will also be releasing a double LP of the album.

Arguably the most gifted song-writer of his generation, Elliott Smith produced a large body of work that includes five solo albums, as well as From a Basement on the Hill (2004), a collection of songs completed before his death in 2003. Like his other work, New Moon reflects the power of Smith's ability to integrate rich, melodic music with poetic, multi-layered lyrics.

The final mixing for the double CD was done by Larry Crane, who is the archivist for the estate of Elliott Smith. A significant portion of proceeds from the album sales will go directly to Outside In, a Portland-based social service organization dedicated to providing diverse services for homeless youth and low-income adults.

Elliott Smith died October 21, 2003, in his home in Los Angeles. To date the coroner has been unable to determine the cause of death, and the investigation by the Los Angeles Police Department remains open.

PrevPreviousGolden Era hip hop honored with Hell Razah mixtape
NextNORMA JEAN On Tour With The Chariot, A Life Once Lost, The HandshakeNext