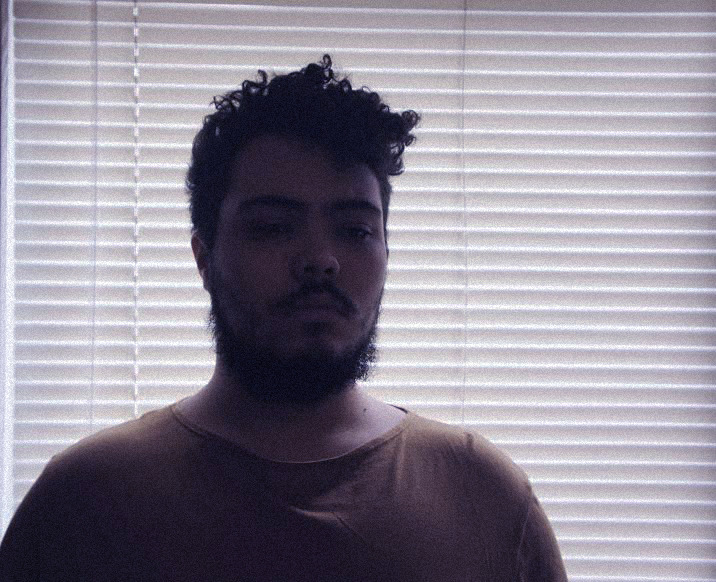 Preparing his first round of singles and an EP coming this spring and summer, get close to the atmospheres created by Southern California's Gabriel Brenner, aka Pastel. With a premiere listen to his first single, “Hold Me”, available March 11 from Manimal, the closeness and connections of need between two bodies are expressed in a rain fall of drum machine cues, synths, and vocals.

From the beginning, Brenner describes the complexities of “Hold Me” in the subtle, quick and clever rhyme of “scold me.” Mixing synthetic water colors with oils in a rich emotional palette, Pastel conveys the human experience with the latest technological tools of the solo artist trade. From the opening a cappella call for embrace and the exchange of energy that contact and touch between two can bring, the production slowly unfurls like the intricate splashes of paint on a personal canvas. Pastel presents the vulnerable fears that manifest in the early AM hours of the night and early morning where all validation and approval from the sense of the super-ego is spelled out in the desires that reside in the soul's deepest pockets. As Gabriel shares the multitude of feelings found in the sleepless stream of thoughts, listen as the production circles around and encompasses the space that occupies the distance between the head and the heart.

We had an oppurtunity to talk with the man behind the Pastel project himself, in our following conversation with Gabriel Brenner.

As a a visual artist, do you feel like a kind of visual connection to your music, and vice versa with your visual art?

Definitely, especially recently. I’ve been experimenting with how my music and my visual art coexist, as the themes addressed in both mediums often coincide with each other. I’ve become particularly interested in contorted bodies and making the familiar strange, and how that visual representation can represent the sense of isolation and loneliness in the atmosphere of my music and lyrics.

What is different for you in the combination of those two mediums compared to say your own work in one craft or the other, separately?

Before I started experimenting with collapsing my visual and musical processes together, my visual art was more political and socially conscious in motivation, as opposed to the more inward-looking, moody atmosphere of my current visual work. I’m of mixed heritages, so a large portion of my artwork dealt with issues of race and culture, both in terms of my own life and issues outside of myself. I’m a bit of a closed-off person and I like my distance, so my music became an outlet for things that I couldn’t necessarily say out loud. I guess what I’m grasping at is that each medium was an outlet for separate facets of inspiration, aggravation, confusion, etc.

How did you get into this sentimental crooning, and ballad writing met with this hypno-industrial production?

Growing up, I had immense exposure to many different types of music. My sister has been a competitive Tahitian dancer for around 15 years, so I was constantly immersed in traditional Tahitian percussion and performance basically since the time I was born. My mother and father's diverse music tastes influenced me, as well. My father played a lot 60’s/70’s rock, disco, and New Wave around the house, and my mother played a lot of Motown and funk. I myself developed an early love for jazz, gospel, an folk singers, and later moved on to more electronic-based artists like M.I.A., and more recently, James Blake. You could say that my musical style is a mix of all of these influences.

Late night writing is key, as you can probably tell. But I don’t really have a set way in which I make music. It changes from song to song; sometimes it starts with a beat and a sample, other times it starts with lyrics. I sort of let each song unfold on its own and compose rather improvisationally[sic] or impulsively from there. It all depends on whatever feels right.

I feel like your sound has a real density and dimension to it that feels like you could easily create some collaborative platforms. Is there anything like this in the cards for you or anything collaborative happening concurrently with your solo work?

As of right now, no, but I would love to collaborate with other musicians, producers, and visual artists in the future. It’s kind of a big dream, but I would love to work with someone like Arca on some new music. I worship the EP he did with FKA twigs and his &&&&& mixtape from last year was unreal!

What can we expect from the upcoming singles and EP?

Expect some sax, some vocal loops, and a lot of free-flowing song structures. I think I might include a cover, too.

I’ll likely be releasing my EP and hopefully taking a much needed break from school in the summer.

Pastel's single Hold Me will be available March 11 from Manimal Vinyl.