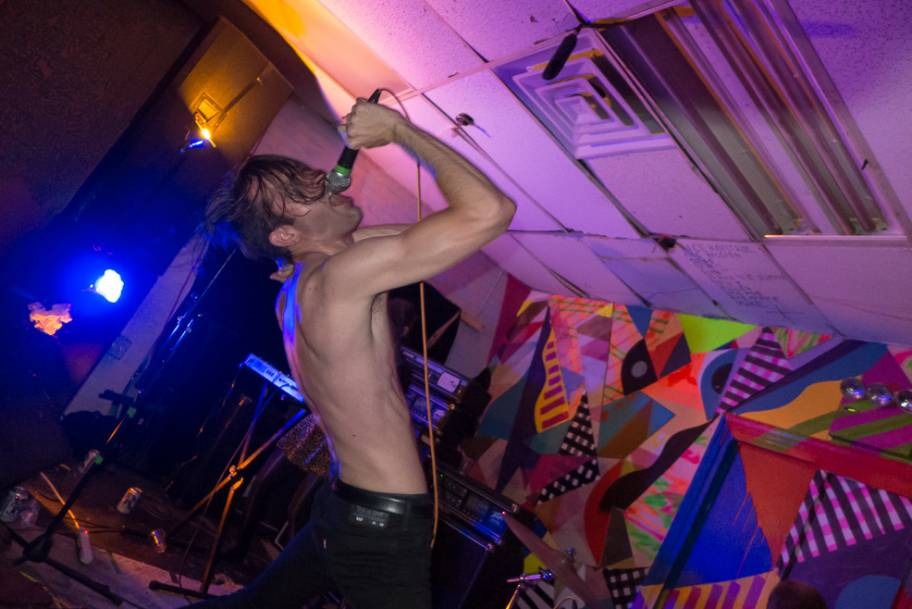 They startled you good with The Horror and chilled you further on Imps of Perversion, and today Pop. 1280 bring you an unreleased lurker from the latter sessions, called “Machine Trauma”. Built from the tumble and churn of propeller blade drum machines, this midnight horror flick spins off the rails like a midnight grindhouse of extremity movements and atrocity exhibitions.

“Machine Trauma” chugs off the mechanical circuitry of an ascerbic type of therapy for damaged robots. Chris Butt (formerly known to us as Chris Bug) denounces inner-mental transgressions building and multiplying like malware binary code, with Ivan Lip, Allegra Sauvage and Sticks Benedict keeping the muffled machinery ticking the whole time. In a track learned from the John Carpenter school of precision sensibilities and effective synth decay and distortion; the Imps outtake of “Trauma” is a dark and deluctable adventure into the disorder of a cyber-mental personification thrown into the blood pool of entropy.

Pop. 1280 are preparing for their first ever tour of Europe, and dropped a peep of their US Tour Video 2013 here. Affectionately titled “Damn the Fans”, this six and a half minute road mini-movie might be the best tour flick condensed under seven minutes time.

Catch them on the following dates that features an appearance Amsterdam's Grauzone Festival with Cold Cave, Peter Hook & The Light, Chris & Cosey, Lydia Lunch, amongst others.

Imps of Perversion is available now from Sacred Bones.

PrevPreviousB.N.M./P.D.D.G., “s/t – Side B (medley)”
NextGreat Valley, “Ride Across the Moat Of Love”Next