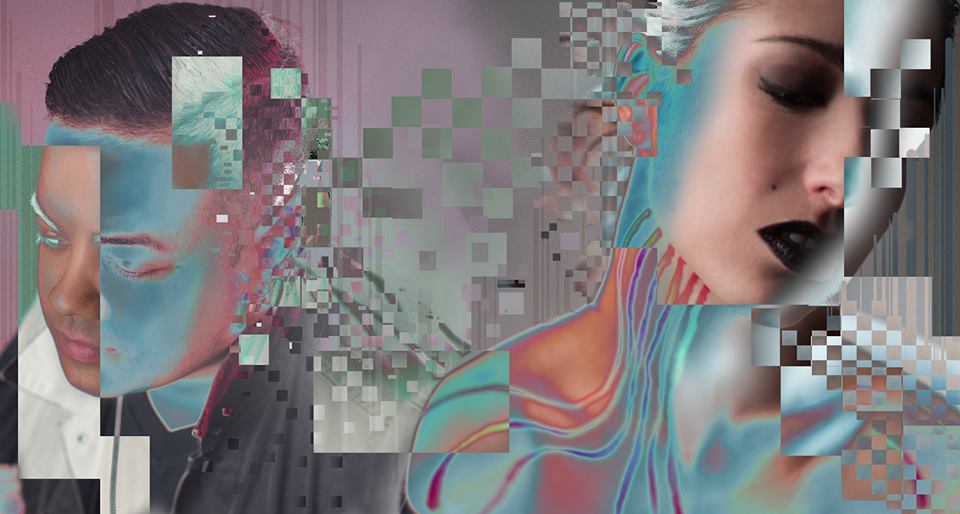 As this year celebrates the 20th anniversary of Massive Attack’s landmark album Mezzanine, the effect of its influence and others like it continues to ripple out. Take darkwave rockers Death By Piano who represent the new vanguard of artists who find the beauty in electronic-led moody textures and deep atmospheres.

The duo, comprised of singer/keyboardist Kalen Lister and producer/instrumentalist Greywolf, recently released their debut EP, Countdown, and today Impose Magazine is happy to be hosting the premiere for the title track’s video. Glitchy beats, swelling synths set up Lister’s brilliant vocals as “Countdown” shines a light through the darkness, and the visual companion only furthers the its otherworldly aesthetic.

To learn more about Death By Piano and what went into “Countdown,” we sent them some interview questions. Check it all out below and look for more from them here.

Hi, Death By Piano! Congrats on your new video. Can you tell us a little more on who you are and how you first got into making music?

K/GW: We are Death By Piano an electro duo from Brooklyn, NY. The band is compromised of myself (Greywolf) on guitar/bass/vocals/production and Kalen Lister on vocals/keyboards/synth bass/production. Kalen and I were friends and collaborators long before entering each other’s orbits. After a series of studio sessions and late night car rides we decided to delve into the electronic realm and form DBP.

GW: Generally one of us will come up with a song idea and record straight into Logic. Then we’ll volley the ideas back and forth remotely until we eventually take the tracks into the studio together.

K: Most often it starts with vibey track from GW that he sends me, often with a working title that I try to use. Then I add vocals, more keys, synths, often tweak the arrangement. Then I send it back and we keep iterating and volleying the tracks back and forth. Some in real time. Much on our own. Sometimes the tracks start in production with me or on the piano, though. We’re not married to any one approach.

What is “Countdown” about? How did it come to be?

GW: “Countdown” is the first song we wrote together. It’s about leaving behind what you thought life might be and embracing the now.

K: It’s about embracing change. External and internal. Facing what you fear to find more freedom.

How did you approach making this video with director Robert Lester?

GW: Robert’s a good friend of ours and was one of the first people who reached out to us when we formed DBP. When deciding who we wanted to direct “Countdown” he was our first choice.

K: Rob and I have been good friends for a while. We’ve collaborated on some music in the last, but collaborating on this project has been the most exciting yet. We would get together every couple of weeks and discuss the song and image as he masterfully crafted the CGI scapes. Then, we added all the live video after we had the anchor of that footage and narrative.

Who are some of your biggest influences/favorite artists?

Any new artists/venues/purveyors of the arts you could turn our readers onto?

GW: Brooklyn Bowl is a great place to see a show and spend time with friends. Check out Superblonde, The Amatory Murder, Johnny Butler, Escaper and Ghost Cop.

K: Brooklyn Steel is a dope place to see shows with visuals. We love playing more underground venues like King Killer Studios and Our Wicked Lady. No Swoon, Sea Level, Seasonal Beast, Late Sea, and Dahl Haus are some great up and coming acts.

Where can we follow you and where can our readers catch you live next?

GW: I think music is in an exciting place. Lines are being blurred and all genres are beginning to merge. I think this is what the game has needed for a long time.

K: Just a big thanks to all who were involved with the video and to our awesome family of folks who surf with us on the darkwave.