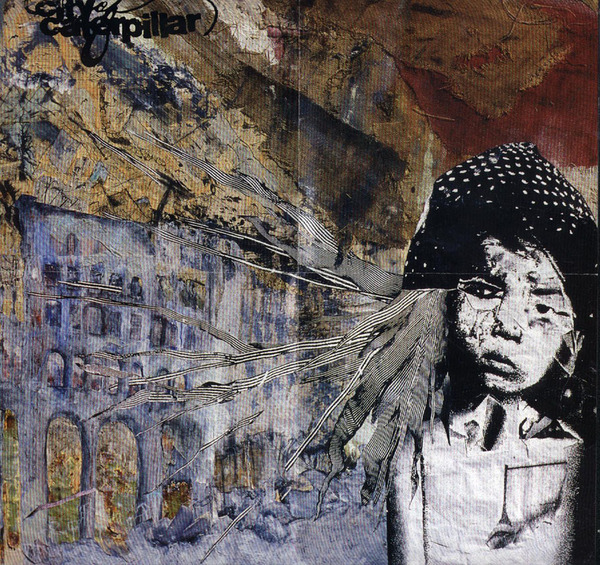 There was a time in late 90s and early 00s where bands wore their hearts on their sleeves. Their music rang out with dissonant melody and the frontmen would shred their vocal cords declaring whatever their message was, whatever they were passionate about. It was frenetic chaos, without nudging over into macho territory. It was heavy music, but it was approached with a true sense of beauty and elegance. Things could definitely get weird. A lot of bands shared similar vibes, but there were those select bands that went out of the way, incorporating varied elements to create their own signature sound before it was cool or hip. City Of Caterpillar, with their meshing of 90s emo and post-hardcore with post-rock tendencies were one of these bands.

They came out of Richmond, VA in 2000 as the jam between members of Enemy Soil, Darkest Hour, Kilara, Pg. 99 — who are pretty much equally killer in their own right, and Stop It!! — who I actually got to share a bill once when I was in this band in, like, 03 or 04 or some shit, they were rad. They brought a celestial, dark ambience ala Godspeed You Black Emperor into their punk and post-hardcore sound, shaped by the likes of Indian Summer, Portraits Of Past, Orchid, and Maximillian Colby, in turn helping carry forward a brand of music that would be furthered along by bands like Envy, A Day In Black And White, Circle Takes The Square, and Mono.

They released a handful of releases on Greg Drudy's (once of Hot Cross and Saetia — also the original drummer of Interpol, wtf?) Level Plane Records, practically the hotbed for this strain of post-hardcore vibes, having released the likes of Sinaloa, Racebannon, and Transistor Transistor, as well as scene stalwarts like Saetia, Usurp Synapse, Joshua Fit For Battle, and Neil Perry.

They only lasted until 2003, before members decided to call it quits. The members are carrying on in Darkest Hour, went on to play in Ghastly City Sleep, Verse En Coma, and the short-lived Malady. They were a beautiful, articulate band among a number of killer, influential bands who had nothing to do with what became of post-hardcore. We won't even go there. If you are looking for something that's heavy, but at the same time pretty much just god-damned gorgeous, or you claim you like screamo or whatever other bullshit terms there are, check out City Of Caterpillar. You totally won't regret it.