Stream the New Split from Comfy and Skirts 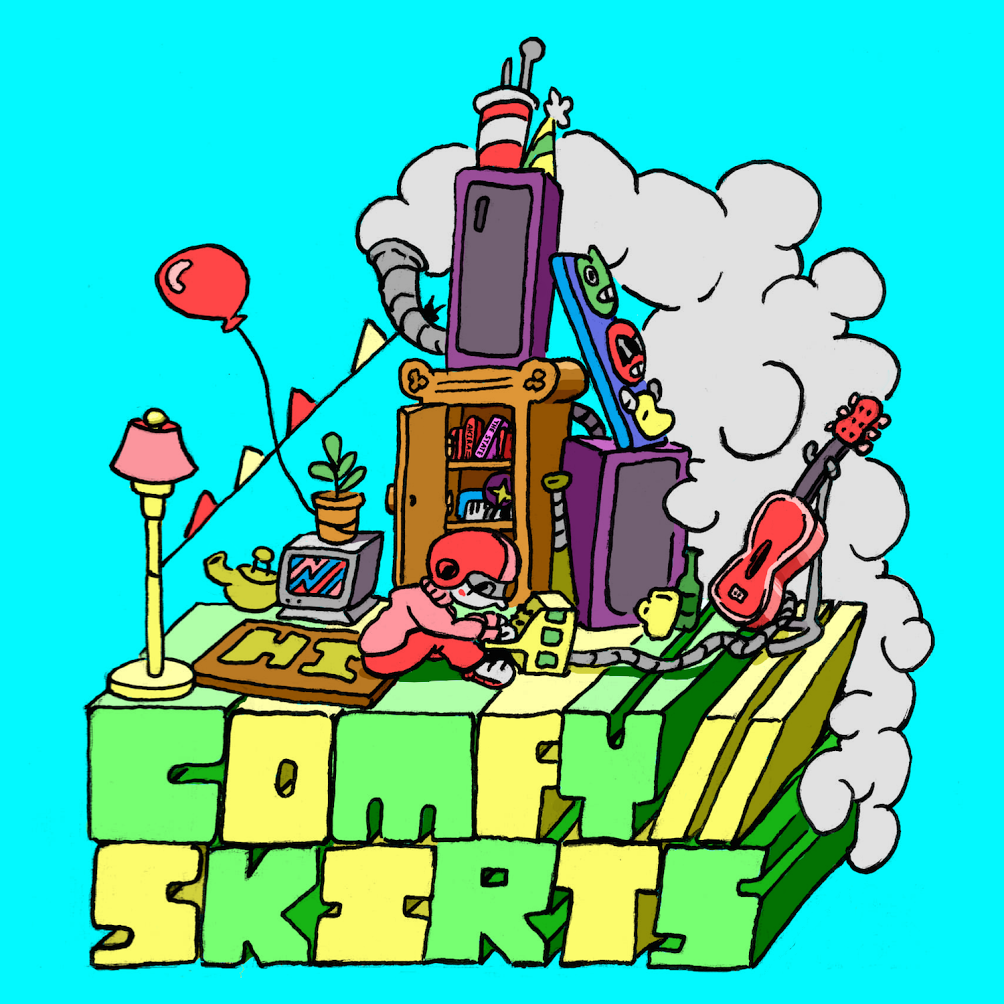 Sometimes monumental events go unrecognized. Among them: unrequited love, getting drunk, being depressed, cooking food, dancing, and existential dread. It’s a shame—comprising as it does the bulk of worldly affairs, life in its average everydayness deserves to be taken seriously.

The vitality of the mundane thrums through Upstate New York’s Comfy and Skirts’ new 7” split, out August 7 on Miscreant Records and Dadstache Records. Of the two sides, Comfy’s sounds more immediate—two of their five tracks, the leadoff “Sad Songs” and “Poetic,” clock in at roughly a minute each. They’re also the baldest, catchiest songs on the release. Hearing frontman Connor Benincasa’s plain, insistent yelp on “Sad Songs”, “all of those sad songs were only a glimpse of the brokenhearted feelings I’m still trying to mend,” over guitar as upbeat and catchy as that found on any Radiator Hospital track speaks both to the strangeness of life and its ultimate relatability via pop.

Skirts’ more cerebral release compliments Comfy’s confessional first half, especially on album closer “Jamaica, Queens.” That’s not surprising, given the bands’ close collaboration not only on the split but also, specifically, on that track: Skirts frontman Hayden Ford writes that, “Connor [Benincasa]…should probably be credited for writing most of the bassline for ‘Jamaica, Queens’.” Indeed, even when Benincasa wasn’t collaborating, the bands shared an eclectic approach to songwriting. Of their remaining tracks, Ford writes that,

These four songs were recorded all over the place, in basements, living rooms, and dorms, and had their roots in lots of different places, mostly in Rochester, but partially in New York, Boston, Utica, and India. Maybe thats why they might sound all over the place. “Indian Premier League” is a about cricket (the sport), “Don’t Remember Much” is about the surreal blur that is college, “Fort Kochi” has no words.

That being said, their tracks do approach their subject matter (for “Jamaica, Queens”, a New York Times article on South Asian immigrants in Queens) with a funkier, more riff-heavy approach than Comfy’s twee chord progressions.

Of the project as a whole, both bands emphasized that the project was “a natural progression,” and that they couldn’t avoid making music with a group of people so meaningful to them. Beyond its descriptive content, this EP is a recording of a group of people taking their lives seriously at a specific time and place. “I suppose,” writes Benincasa, “in a way, this EP is a snapshot of being 20 years old.”

You can stream the release below and pre-order the tape here.