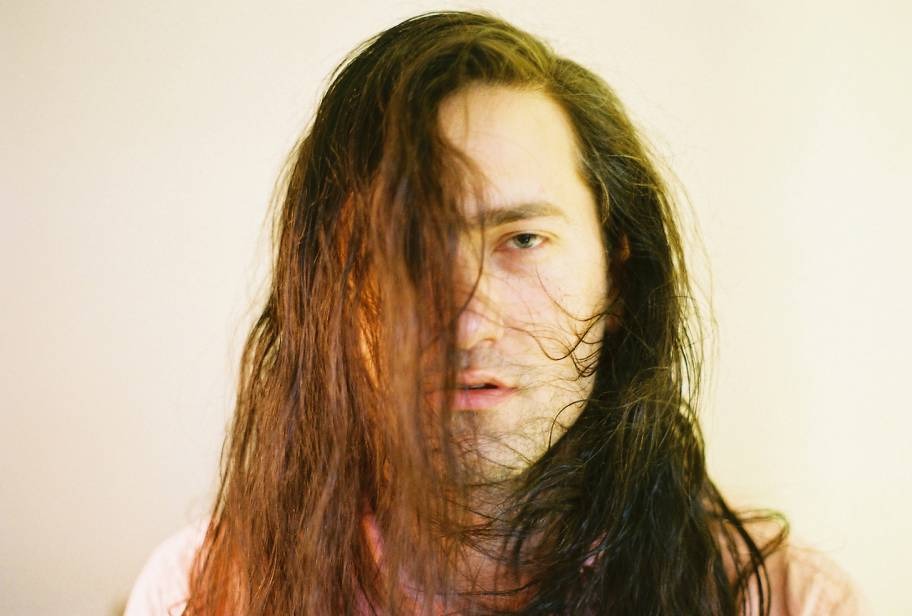 The colder realms of music are often misunderstood by the critic and listener alike. The synthetic-replicant nature of electronic made works of ambition often get lumped with the blanketed descriptions of 'detached' or 'disconnected', but without entering further into the epistemological canyon. Portland, Oregon artist Anne commanded by David Lindell, takes his upcoming Jerusalem EP to the globe's flashpoint center mark of complicated disputed beliefs and territories. The dense electronic territories on his Run For Cover Records disc create the heartbeat palpitations of routine helicopter surveillance and a kind of identity paranoia processed through the entanglements of digitally reconstructed security check points. Never before has this kind of detached and disconnected electronic composed medium worked with in a heavy framework centered on a place where post-constructuralist delusion comes to die one kind of death or another so another can be begin.

Sensational opener “Brooke” is positioned to open firing with an immediate display of modern synths that create foundations for eerie vocal loops. You are then flown into the cathedrals and ancient temples on the inquisitive and suspicious tourist beat of “Untitled” that passes by religious iconography in modes of ambivalence, anger, and at times outright confusion. Meditative pause is granted on the title track “Jerusalem”, where the arranged keys and samples move like stains and trails of blood and tears that flow down wailing walls, blockaded Eastern walls, garden tombs, and every patriarchal mausoleum shown to the public at retail rates. Like the burning immediacy and intensity of the “Brooke”, “Blonde Men” moves with the a romantic counter point to the EP's darker places for higher spheres and sepherot of a greater (and heightened sense of )consciousness for a more meaningful bond with others and the world.

David Lindell and I had the time to get heavy into the id and idioms of Anne, song for song, and everywhere else outside and in between.

Bring us up to speed on the origins of Anne, to where you are now.

It started out as a full band, we did a few small releases but the band just got to a point where it was not functioning in the way I needed it to and it just kinda stopped. That is around the time I started writing what is now the EP but I did not really have any concept of what I was going to do with it. There was enough interest in Anne that I felt like the best thing for me was to just keep putting out music as Anne, since I had already put so much work into it.

Opening track on the new EP “Brooke” is pretty intense. What can you share about the story behind this song's sibling like attachments?

If I remove myself from the particulars of the song, its sort of about how our world treats women, and mothers. It’s also about the dissonance that occurs between people that are willing to accept the constructs put upon us, but how love can render those mechanisms useless.

Title track “Jerusalem” is a dense, body moving cut that is pretty intricate. What sort of ideas, sounds of inspirations, and so forth were you working with during it's composition?

Musically the song just started as that main chord movement, at the time I was writing these songs I really did not have a firm grasp on the process. A lot of it was guided by novelty versus some sort of conceptual thought. Lyrically the song was written almost entirely on the fly, besides the one lyric in the 'chorus'. Honestly these songs were largely free of preconceptions while I was making them, at the time I had no idea what I was actually going to do with them.

Jerusalem is always an ambitious title for a release. I always think of that one hour Sleep album/song Jerusalem (picked up by London, then consequently sacked, later release under the renamed The Dopesmoker). What does title Jerusalem mean for the electro holy-ground meetings of the EP of the this titular designation?

Jerusalem is a fucked up place, its also rather compelling for me as the whole state of Israel seems to exist in a universe where it does not engage in much active self reflection, at least at the state level. The time I spent in Jerusalem is very important to me, and I want to express that. I mean, the cover image, which is a stack of guns left outside the Holocaust museum from young kids that are in the IDF because you cannot bring weapons inside, that alone needs to be thought about. For most parts of the United States, especially where I am from the landscape itself is not formed by acts of hatred, and the exertion of power and control of information and imagery is much less overt. It ultimately terrifies me and has challenged my own concepts of my Jewish heritage.

If that infectious and intense dark dancing “Untitled” ever had a working title or descriptive attribute, what would it be, and why?

If I consult my computer the working title for the song was 'Hell', though I have a tendency to name things I am working on rather absurd things. The first part of the song I wrote was that intro gated pad thing, and when I first did it, it was much more distorted and dissonant and I felt like it sounded like hell, when it was time to actually name the song I just didn’t feel like there was a title inside of me so I just left it alone.

With the closing electro epic “Blonde Men”, what is the fascination and role of blonde men on the EP?

Honestly the title of 'Blonde Men' has little to do with its content, I love the title because it sounds kind of contentious. I want to make art that creates a reaction in people when they consume it. Though the song itself is probably the closest thing to a love song I have ever made.

Favorite current bands that you feel are getting it?

I am just going to shout out my friends bands, Industrial Park, Lunch, and Magic Fades. They have always been supportive of me, kind and accepting. They all also are making some of the best shit in Portland.

Favorite not so current bands that you feel got it?

Oh, I don’t know. I listen to so much shit that has little relation to the music I am making. Maybe Kate Bush? I am always willing to listen to Kate Bush, she is a goddess.

What's next for Anne?

I am working on the second record already, I am super excited about it. I really believe in what I have been making lately. Other than that, I need to figure out what my live show looks like and in the new year I am gonna be starting to play shows and just keep the whole thing going.

Anything to report of interest from the general observations of the Portland scene?

I think I am pretty disconnected from the Portland scene. I am sure it is like most places, there are some really genuine and amazing people, and then there are people I have no interest in letting get close to me or my music.

The Jerusalem EP will available October 29 from Run For Cover Records.