The many faces of Patrick Clifford 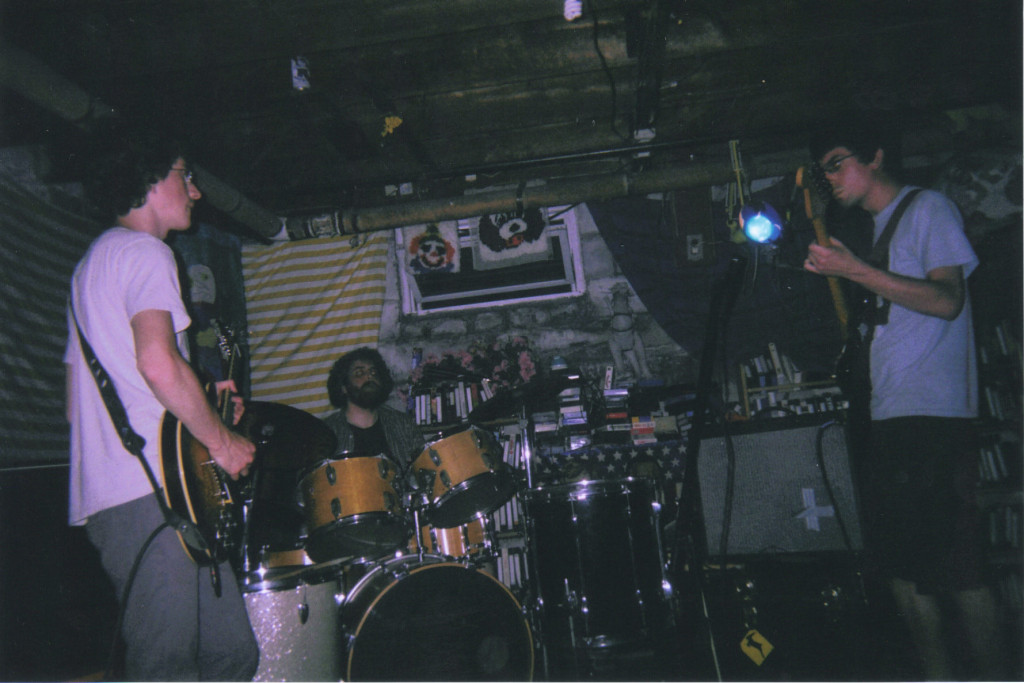 Bits and pieces of organic sound float in and out of the mix like particles floating through the bloodstream. Blips and fizzes bounce off narrow artery walls, making the space feel larger than a few quarter inches wide. Smoldering Eastern influences chime in from time to time, forcing otherwise unhinged and spacious stretches into tangibility.

Are you originally from Northampton?

I'm not originally from Northampton. I came here after living in Sturbridge, MA for 15 years.

What was it like to enter into an environment so readily open to musical experimentation?

It's a weird place, Sturbridge, especially for a weirdo. Musically there's not much happening out there. There used to be an okay punk scene though… I was in a couple punk bands when I was 15-16 years old. I felt relieved coming out here. I saw a bunch of great music when I first arrived: Peter Brotzman and Han Bennink, Cecil Taylor, Do Make Say Think, and lots of others… And I didn't have to drive over an hour to go see it which was something very new to me. Though I've only recently discovered the house shows. Took me a while, I'm kind of a hermit at times.

Your music feels very biologically dense, like a petri dish teeming with green life. What were your first experiments with music like?

My first experiments, when I was about 17-18, consisted of myself, a hand held tape recorder which I would record one track onto, a stereo which I would then play that tape I just recorded onto, and record another track on the hand held while the stereo would be playing the other. So it was mostly two track improvisations. I'd use anything I could find for sound – guitars, pots, pans, mugs, water, glassware (which I broke a lot of. My mother is a very patient and understanding woman). I also used these old Disney records my brother and I had as kids and would play them backwards. Lots of other stuff.

Eventually I got my first delay pedal which I'd spend hours with at a time. I only recorded it for myself at the time. I was getting bored of what I had been listening to, and didn't have money to spend on records. Once I would fill up a side I'd turn the lights off and space out to it.

How have these experiments evolved or devolved from past to present?

When I was about 19-20 I started writing folkish type sing songs. I still did the improv freak outs, but most of my energy went into composition. Then I got the idea to mix the two a couple years later. I started to record this material and gave it to friends. It got a good and enthusiastic reaction which gave me more ambition to keep it going. I haven't composed anything in some time now, though sometimes it sounds like it on the albums. It's all improvised. Once and a while I'll do a double or even triple take, but mostly I get it in one shot. I feel like it's more honest that way… I started to get more into the idea of pedals/effects back in 2008. Up until then I still only had the one delay pedal. I'm a bit of an effect junkie now, but I do my best to tame myself.

I started Color Rabbit in the winter of 2008. I made the first Rabbit album Space Placement which was released in January 2009 on Little Fury Things Records. I wanted to make something that people couldn't place a name on. Something that was constantly changing and moving. I wanted to bring in all sorts of styles and genres and hopefully stumble upon something new that I had never heard before. I would deliberately make parts that I really loved and wanted to extend for 4 or 5 minutes and only have it happen for 30 seconds or so. I thought it would be interesting to make it a sort of discipline for myself and the potential listener as well.

Us humans get stuck on something we really like or not necessarily like, but are comfortable with, and are afraid to move on, be it a job, relationship, or anything. I feel like it's real important to keep it moving. I see myself falling into comfortable patterns. Start to stiffen. Robo-sapien. So about 14 or 15 releases later, I just kept moving with that ambition of constant change, dissolving and materializing and trying to find something new and untouched. Still searching… I put Color Rabbit on hiatus about 4 months ago.

Why did you choose to branch out into these various forms?

I started playing with a friend from work, Mark Palmer, who plays drums. It felt so damn good to connect with somebody that way. I had been playing solo for so long, I forgot how incredible it felt to play with other bodies. We made a recording together called We Found Diamonds in the Basement under the name Noon on Neptune. You can listen to it for free over at the felt cat tapes site. Eventually we got my long time friend and punk band companion David Tourtellotte to come jam with us. This was the birth of The River Eater. We now have a bassist too, Dave Huckins. The River Eater is an experiment in improvisation. There's no real steady genre. I've heard us hit on so many different sounds it's hard to say what we “are” besides an experimental improv jam band… or something like that. It's really interesting to throw yourselves in front of people not knowing what's going to happen. Especially when you get some nasty grooves flowing. It feels so good. Really beautiful experience.

What's your favorite place in the Pioneer Valley to see a show? To play a show?

I haven't been to too many places to see shows. I'm on bicycle so it's hard for me to get to places like the Book Mill and other such spots. The Media Mansion is a nice place, though it seems a lot of the people like to go there to get drunk on a porch rather than watch music. I like the house venues. Feels better than bars. The APE is a neat spot too…

My favorite act in Northampton is hard to say… I really liked Impatient Truck, White Limousine and Special Guest when I saw them. My favorite record from this year, if that's what you mean, is probably Sun Araw's On Patrol. I've also been playing Shugo Tokumaru's Port Entropy a lot, it makes me feel very happy.

What have you been working on as of late? Can we expect anymore new music from any of your projects in the near future?

I've got lots of ideas for Color Rabbit and will start that up again soon. I've got more time to focus on music now. Probably will sound a lot different than previous, I've been going through a lot of change and transition. But the main focus will be The River Eater. Starting to feel like it's time to get back into composition a bit. Haven't “written” a song in many years. I'd like to start traveling around too.

You can find tapes and music to buy and download at the Color Rabbit Myspace page.