Jeff T. Smith of Living Body Discusses Lineage of the Leeds Music Scene Through the Eyes of a Chicagoan Ex-Pat 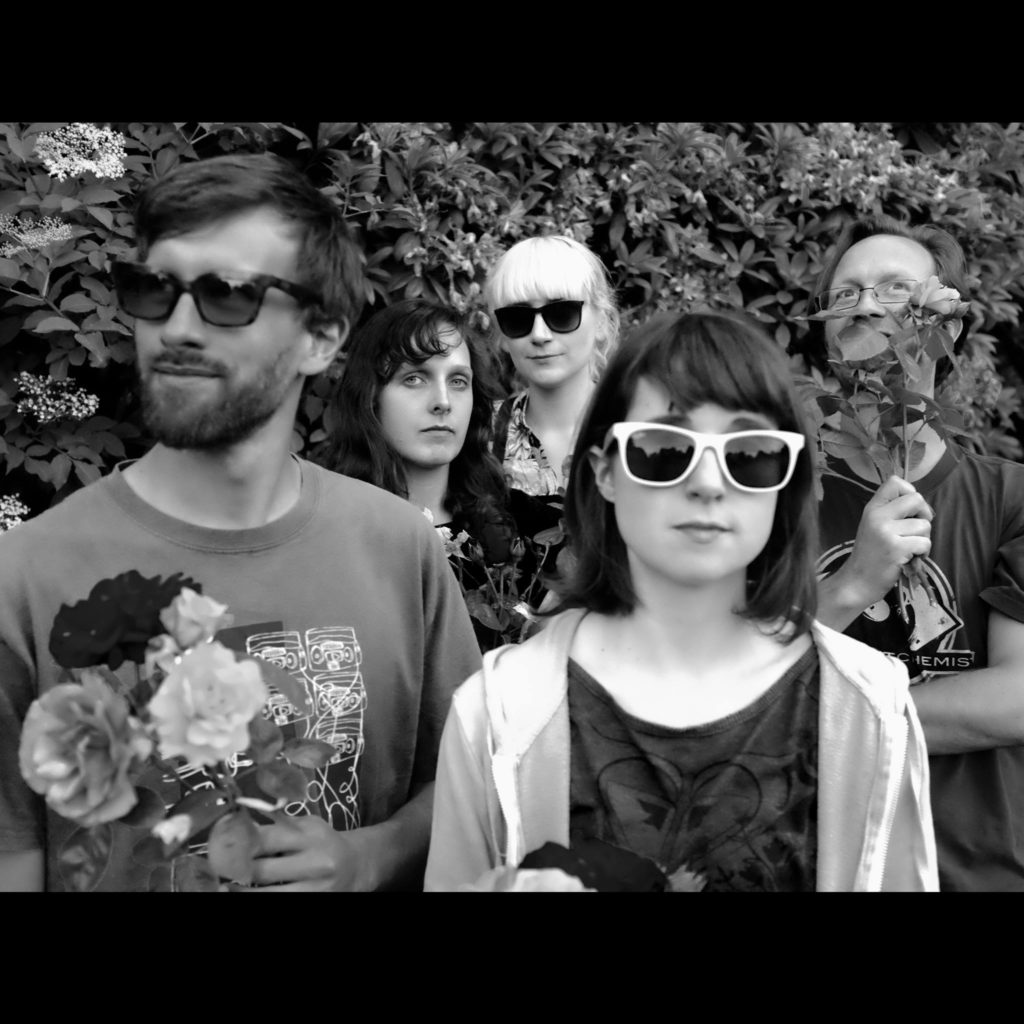 Leeds (by way of Chicago) musician Jeff T. Smith (Juffage) has been making a name for himself with his current music project, Living Body, which allows him to feature longtime friends and fellow musicians at his leisure. On the heels of the new Body is Working EP, Jeff made us a particularly interesting playlist that outlines the inter-connectedness of Leeds musicians and their incredible art. Check out his expansive knowledge and great taste in music below!

Vessels (ft. Anna of the North) – “Had A Love”
Tom Evans plays bass, guitar, and French horn in Living Body. This is his other band, Vessels, where he plays a bunch of synths. They kind of morphed from a post rock band into a huge live techno ensemble over the last few years, and you can’t find a nicer group of technolads in all of West Yorkshire. They’re also some of the first people I met when I moved to Leeds from Chicago, at Brainwash Festival (RIP).

Sky Larkin – “Loom”
Katie Harkin is one of my all-time favorite songwriters. I love short and interesting pop songs that get straight to the point, and this is a great example of top quality no-bullshit songwriting. Katie and I also met quite soon after I moved to Leeds, once she pointed out that we both play the same guitar (which is quite remarkable as only 700 of them were ever made). We started collaborating together around 2013 and eventually this all morphed into Living Body.

Invisible Cities – “Pig”
Jenna plays lots of viola on the Living Body LP and this is her former band, Invisible Cities. They made this record after their drummer had moved away from Leeds, just before their bassist was about to move to Belgium. So, I actually played drums on the record and co-produced/mixed it. It was fun to hear these songs finally become documented, as they were a band for almost 9 years. We tracked the record at Greenmount Studios, where ‘Body Is Working’ was mixed.

Mayshe-Mayshe – “A Bird’s Love Song”
I was on tour in 2014, when I used to perform solo as Juffage, and Alice opened up one of these shows in York with her solo project, Mayshe-Mayshe. In fact, it was a total surprise to me, because her name wasn’t even on the poster for the show. She completely blew my mind, and I knew I had to get her on board to join the Living Body live band. I’m so glad this concert happened, because eventually she did and now I get to sing with her all the time.

Esper Scout – “In Foreign”
This is the main songwriting vehicle for Living Body’s drummer, Sarah Statham, though she is in about 5 other bands. I don’t know how she does it to be honest. She also is one of the founding members of CHUNK, a volunteer-based rehearsal studio and music venue where, as you’ll soon see, much of Leeds’ finest practice.

Magnapinna – “Cold Bastard Hand”
This was our live sound engineer’s band. They have now split up, but I got to play a few shows with them over the years they were together. They were awesomely distinctive, and had quite a few songs that sounded like pumping, grunting machinery. I always used to shout at their shows “play the one that sounds like pistons”, which is, in fact, this song.

Mi Mye – “Determan the Extent”
Jamie Lockhart works at Greenmount studios, which is conveniently just down the road from my house. I went there to put the finishing touches on the mix for ‘Body Is Working’, and apparently my insane perfectionism and dedication to my record is what motivated him to start working on the next Mi Mye LP. I know I can’t take too much credit for this, but it feels pretty good to inspire someone in this way.


These Men – “It’s Just Sometimes”
An unusual bunch. An acapella 4 piece, led by Morgan Thatchell-Evans, who plays in Mi Mye (and Leeds indie-pop veterans, Buen Chico). They opened up the Sonic Cauldron gig, which was nice. This album ‘5 Short Love Songs’ is about as long as one actual song. Where’s the next album, Morgan?

Bearfoot Beware – “Ongoing Opera”
These guys are really good friends of ours, and some of the other founding members of CHUNK. Weirdly, Living Body don’t practice at CHUNK, because I live in a bungalow. They also recorded this album at Greenmount. They are fun party boys.

Beige Palace – “Don’t Stall Your Car”
Another CHUNK band, and one which includes Magnapinna’s old drummer, Ant. Also, Kelly and I both pour beer at the same bar sometimes.

Nana – “Don’t Touch Me”
Apparently Sarah plays “guest bass” on this album. This is a relatively new Leeds band, who shares bassists with Esper Scout and also practices at CHUNK.

Cowtown – “Monotone Face”
I don’t think it’s possible to do a survey of Leeds bands that were involved with other Leeds bands in some way, and not mention Cowtown. Pretty much every band in Leeds has played a show with them at some point. They have been going for at least a decade, and also now practice at CHUNK.

Stalking Horse – Gold Coins
Another great Leeds band that doesn’t seem to be around anymore, started by a guy called Wu, who used to play in a band called This Et Al. Their drummer now plays in Pulled Apart By Horses, but sometimes I saw them play live with a second drummer, Nestor from Sky Larkin. We played a festival together in Newcastle one time and they kindly gave me a ride back to Leeds in their van.

Bilge Pump – “Om Nom Savoy”
The quintessential totally classic cult DIY champions of Leeds, who have been going for about 20 years. They played the album launch party for Living Body when ‘Body Is Working’ came out last month, and the album launch party for the Juffage LP ‘Semicircle’ when that came out 5 years before. Both shows were at the Brudenell Social club, which is now widely regarded to be pretty much the best venue in the UK. In fact, every band on this list has played the Brudenell at some point.

Autobodies – “Desire Lines”
More Leeds pals who played our LP launch show at the Brudenell last month. Unbeknownst to me until that show, their album is called ‘Bodywork’, which sounds a lot like ‘Body Is Working’.

Quack Quack – “Phonehenge”
Another old school Leeds band from around the time I moved here. Their drummer was Neil of Bilge Pump. Their second drummer and keyboard player was Moz from Two Minute Noodles. They were fairly short-lived, but great.