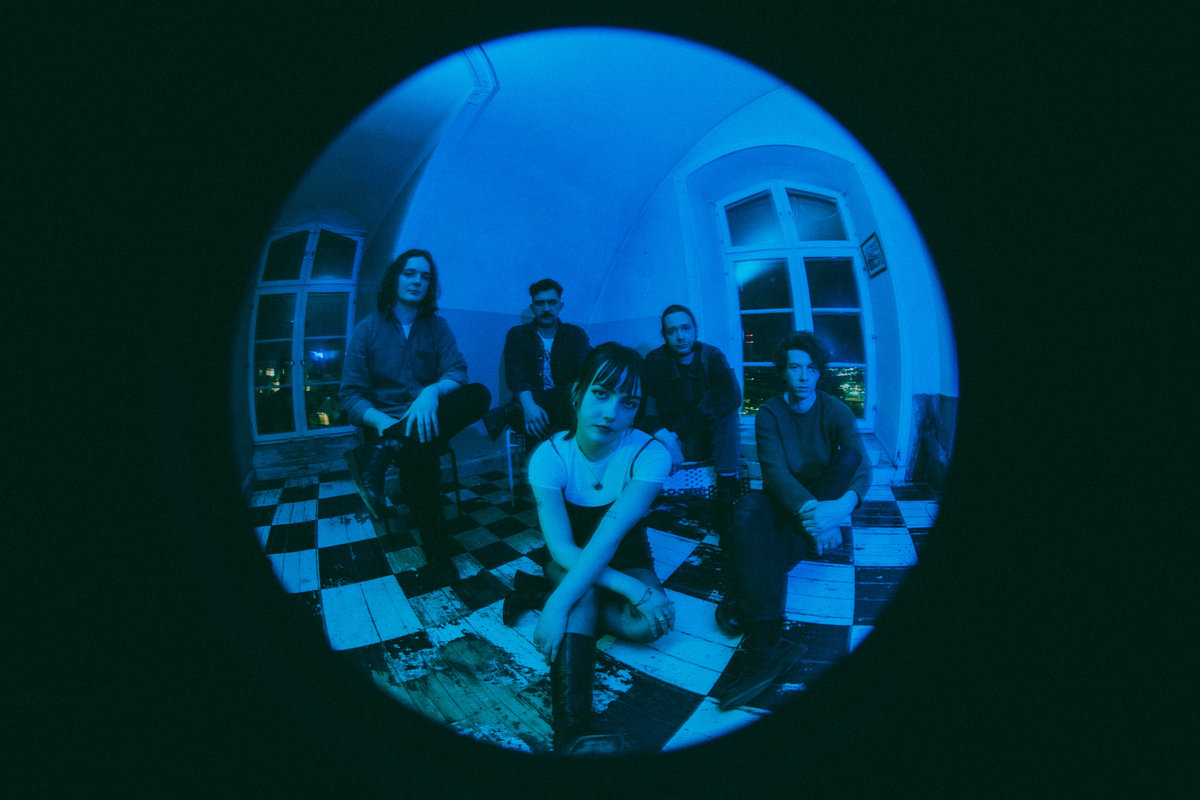 It’s been four years since Just Mustard, the rising band out of Dundalk, Ireland, released their excellent debut album Wednesday. But we haven’t lost sight of this exciting five-piece band, who have expertly conjured dissonant, reverb-wrecked soundscapes into a hypnotic blend of avant-pop, shoegaze and post-punk. Last weekend, the group finally delivered their follow-up LP Heart Under, and it easily ranks among the best albums of the year so far.

The album is kaleidoscopic in its frenetic, pulsating rhythms, lush in its experimental noise rock and industrial textures, and depressive in its cold, moody lyrics and atmosphere. Listeners may feel inclined to try to place this album in a stylistic box, but the exercise is fruitless. Just Mustard’s palette of sounds is consistent throughout but also incredibly spastic in how it weaves little subtle nuances in and out of broken, discordant melodies. The thrilling opening track on the album, “23,” expertly sets the tone, and we have it leading off our Monthly Mix for June 2022.

Elsewhere on the playlist, we’ve got a galvanizing new track and video from avant rockers black midi, a fresh 360 VR clip of Neggy Gemmy performing her fantastic new single “Beep Beep,” as well as new tracks, music videos, and live performances from the likes of Alex G, The Chats, Fime, Dehd, and many, many more. Also, right now I would like to pay tribute to Gabe Serbian – the prolific San Diego musician famous for drumming in bands like The Locust, Head Wound City, Cattle Decapitation, and others – who tragically passed away earlier this month. To pay our respects, we’ve included a newly-released video of The Locust (San Diego’s greatest band of all time) and Dave Scott Stone performing live in 2005. RIP Gabe.

You can listen to the mix and check out the track listing below: