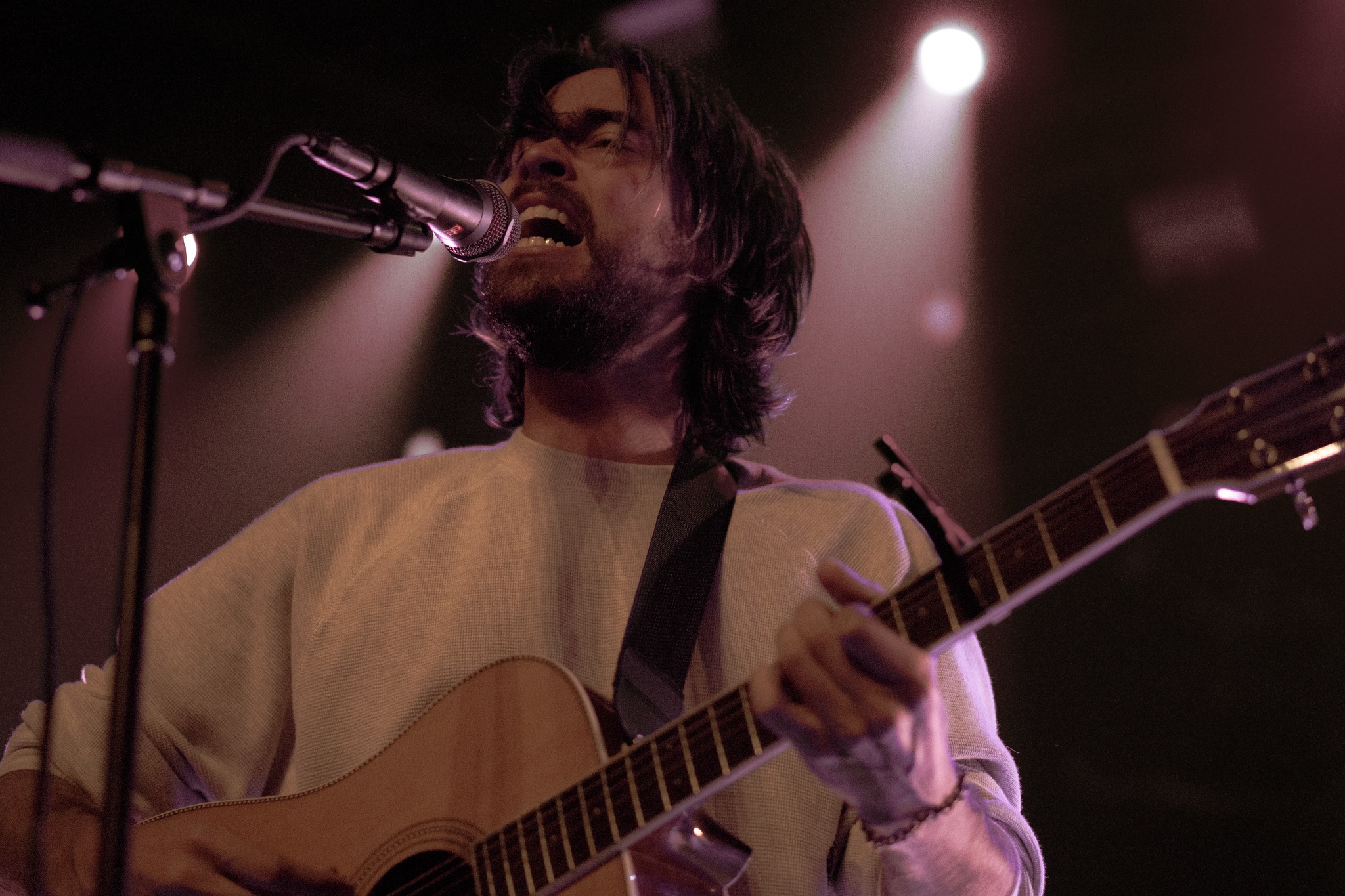 Considering how fresh, invigorating, and forward-thinking his music is, it’s crazy to realize that Alex G is already more than a decade into his career and still pushing the boundaries of what indie rock can be. No subgenre is off limits in Alex’s discography. Most indie rock stars have a “prime” that expires, but Alex’s has been endless.

Between the bangers, the ballads, the irascible noise experimentations and the heady spiritual lullabies across nine wildly different LPs, Alex has covered the full sonic spectrum while still maintaining his own distinct lyrical voice. He may toggle between indie rock, noise, pop, R&B, Americana/folk and anything in between, but every note of every song feels distinctly his, all tethered by a unique songwriting style that’s also distinctly his. In my mind, Alex G is one of the best and most important musicians of his generation.

To be able to convey that power in a live setting would be a Herculean task for any other artist, but Alex makes it look easy. At his show last weekend at the Observatory North Park in San Diego, he and his band churned out a brilliant set packed with old favorites, deep cuts, and nearly all of the tracks off his immaculate latest LP God Save The Animals. It was exactly the kind of performance that his throng of die-hard fans had been itching to see.

“I’ve never seen so many kids at an Alex G show,” his merch guy muttered as we picked up some goodies at the booth. Indeed, at the all-ages Observatory, the front pit was absolutely overflowing with young Alex G heads. My friend and I debated whether a mosh pit would pop off; 30 seconds into the show, I handily won that argument.

As the closing notes of opener “S.D.O.S.” faded into the catchy lead single “Runner,” I could feel a wave of bodies rush forward and ignite a pit that would not let up the rest of the night. Fans shouted along to every word of House of Sugar single “Hope,” before losing their collective minds when he then played DSU fave (and one of my favorite songs ever) “After Ur Gone.” From that point on, I knew we were witnessing a special set from a truly special artist.

I intentionally avoided looking at any tour photos, articles or setlists in order to go in on a completely blank slate. I was ecstatic that the show wound up being full of surprises and spectacles. Not only did Alex perform the entirety of the fantastic God Save The Animals (minus “Headroom Piano), but he also scattered his set with some of his most beloved greatest hits as well as some near-and-dear deep cuts that fans delighted in hearing. “Brick” sent me mentally mulling around in a psychedelic rabbit hole. Alex shed the processed vocals on “Cross The Sea,” opting for his own voice and giving the song a radiant, down-to-earth feel that had the crowd hanging onto his every word. Later on, the anthemic track “Gretel” received the rowdiest reception, carrying that energy into the encore, or as Alex succinctly described it, “we’re gonna play a song, then leave, then come back, and play more songs.”

Arguably, the best part of an Alex G show is the encore, in which he solely solicits crowd requests. Easier said than done when you have a thousand people screaming at you at once, but Alex and company pulled it off with flying colors, tossing in some fan essentials as well as dusting off a few really, really rare cuts. “Sarah,” “Harvey” and “Mary” are three of the most beloved tracks in his discography, and each one received a deafening roar of approval. Those are ones you’d think he absolutely cannot skip. On the other hand, the crowd did not expect to hear “Message” or “Gnaw,” cuts so deep they go all the way back to his earliest albums. You never know exactly what you’re gonna get from an Alex G show, and this encore sequence was just proof of that. The man is never not full of surprises.

Aesthetically, Alex’s visual setup was wondrous and classy, with nifty, modest lighting rigs providing all the poignant ambiance that you could want. Alex was short on words in between songs, but he did manage to get out one last heartfelt parting: “Thank you so much…you all are…words can’t describe…” You can scroll through the highlights below to get an idea:

*All Photos by Michael Christy