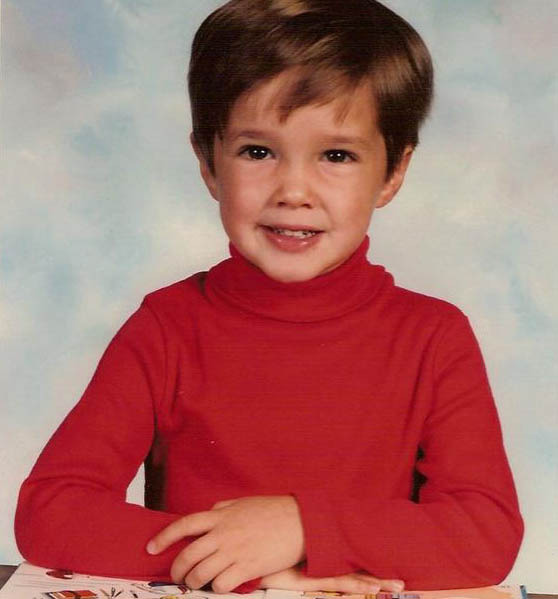 Ohio DJ and producer Ruckus Roboticus recently caught some internet fame with a remix of Bloc Party’s “Hunting For Witches.” Currently streaming on his MySpace page , he's hoping the buzz will aid his debut record Playing With Scratches. IMPOSE spoke with the robot boy about his remix, history and where this small break might take him.

How did this Bloc Party remix come to fruition?

I mailed samplers of my album to every label I could think of, in hopes one would be interested in releasing it or distributing it. To my surprise, Vice not only responded, but they liked the sampler. It wasn't the kind of music they typically release themselves, but they thought I would be a good candidate for the Bloc Party remix.

Creatively, it came to fruition slowly. I actually made a stripped-down, dance-rock remix of it. Not very daring, creatively, but I was feeling' it. However, Vice encouraged me to be less Bloc-Party, and more Ruckus-Roboticus. They actually wanted samples, and scratching, and … just some madness, really. That was challenging at first, but eventually it really got my creative juices going, and I really ran with it, and I was very happy with the end result.

But Vice will not be releasing this remix?

Originally my remix was going to be released along with the single “Hunting For Witches” in North America, at the start of Bloc Party's tour. The label approved my remix, but the band wasn't so sure about it. They were OK with it being leaked, but didn't want it to be an official release. I am really surprised by this. I thought the remix was pretty fresh. But, I suppose we have different tastes. It’s subjective, and I can't control other people's opinion.

So, I went ahead and leaked it myself. Since Vice technically asked for the remix, and they like it / approved it, I feel it's an official remix, despite the fact that it's probably not going to see an official release. I have a feeling it has a shot at ending up on a full length Weekend In The City remix album, if they do such a release, and if there is enough positive response to my remix to persuade them.

What did Vice say about your solo record?

I can't recall exactly, but I do remember that they were impressed, which I consider a big compliment. Being an un-established and relatively unknown artist, it's very difficult to get attention or to be recognized by labels or by music-appreciators, which can be very discouraging. So, receiving a compliment from Vice was a big boost of confidence.

How would you describe your solo record? Is this your debut?

Yes, it's my debut album. I've released mix CDs, and “scratch” records for turntablist. But this is my debut of original material. The album is called Playing With Scratches, a twist on the phrase “playing with matches.” It's an audio collage, built entirely out of samples. I manipulate and combine samples meticulously in an attempt to make the end result sound cohesive, and like a band. The songs tell a semi-autobiographic story, about the birth of a kid, who learns to scratch on his See-N-Say toy, and who has to deal with growing up and facing pressures from the grown-up world.

How would you describe your production style? You're from Ohio… any local or Midwest inspiration?

The album is part children's music, part hip-hop, and maybe some people would call it “experimental.” I hate comparing myself to other artists, but I am guessing this album will be compared to Kid Koala, DJ Shadow, and Cut Chemist's work.

I am proud of being from Ohio, and doing my thing here. I'm inspired by all the great musicians who've come from Ohio. There're too many to mention. I am especially inspired by the bands that have come out of Dayton like Zapp, the Ohio Players, Brainiac, The Breeders and Guided By Voices to name a few. It is also frustrating living in Ohio. Sometimes I feel like artists here are ignored. And I sometimes feel like there are not enough people here to really sustain a scene. I am also interested in living in a bigger city and experiencing how that affects my creativity and productions.

How can people get a copy of Playing with Scratches?

It will be available in many of the digital stores for download. CDs will be available through my website, Amazon.com, “boutique” music stores (TTLAB, Groove Dis, Juno). I am still working on having CDs distributed to more stores.

Your remix has been in circulation on a few websites and blogs… have there been any requests for Ruckus Roboticus Remixes because of it?

I have gotten one remix request, and I am very excited about it. Unfortunately, I can't say who it is until they approve it.

Will the remix work be something we can expect from you in the future, or do you prefer the solo creation?

You can expect more remixes from me, even if no one asks for them, I'm going to do “forced collaborations”, a.k.a. unauthorized remixes. I also have many ideas for solo work too, so I'll probably just bounce around from doing solo stuff, remixes, collaborations, etc.

I hear you are working on a Lessons 12″… what will that consist of?

I have created my edition/addition, to the Lesson series. It's called “Lesson 7: What's Funk?” (As a side note— there technically was a “Lesson 7” by DJ Bombjack, on the compilation Ultimate Lesson. The thing is— it was a fine song, but I don't think it lives up to the previous Lessons. It was short, and didn't do much or have much to say. It was just like… here are some beats. Here's some scratching. The end. And so, I feel the Lessons need a true “Lesson 7” that lives up to the previous ones).

In my Lesson, I try to explain what “funk” is, using only samples. It was really difficult and it ended up being as much work as my entire album (crammed into a seven-minute song). I recorded about 50 hours of samples, I am not exaggerating. I took this concept to the extreme. The song is like a fucking college term paper. It has a “thesis”, major points, supported by minor points and examples, and a conclusion. It goes very deep.

I also decided to do a “dance version” of my Lesson, because the main version is up-beat and funky, but some people might think it's too nerdy and cerebral to be effective on the dance floor. I wanted to give DJs an alternative version.

What inspired you to add to the series? How will your take differ?

The first time I heard a “Lesson” was Cut Chemist's “Lesson 6” on Jurassic 5's EP. And, man! That song is Dope! To me, it epitomizes sample-based compositions. It's clever, funny, musically interesting and pleasing. It moves, it goes somewhere, it has something to say. It's just so good.

Every DJ/producer has to do work on the side to get by… What is Ruckus Roboticus doing to make it as a DJ/Producer?

Let's see. Occasionally I get to do audio work, for hire. I've made beats for Nickelodeon, LOGO TV, MTV, the Disney Family Channel as well as local ad agencies, local commercials. I make a little money at my regular DJ gigs, but I also take less glamorous DJ work such as weddings, birthday parties, etc. But all that work is somewhat inconsistent, so I also have a part time job at my local library.

Most of the time, I hate doing weddings. However, I have gotten to do the weddings of some close friends of mine, which was a rewarding experience, because I got to contribute to their special night in a way that no one else did. I’ve done a lot of weddings that were dreadful, but I did do one that was pretty crazy. It was on a boat, docked on the Hudson River, in Manhattan. It was a pirate themed wedding. I dressed as a pirate.

Who have you shared the stage with?

Most recently with the Juan MacLean. That was a really fun show. Also RJD2, The Rub (DJ Ayres, and Cosmo Baker) — that too was an amazing show. I'm so lucky they let me guest with them. DJ Jazzy Jeff, DJ Premiere, Mr. Lif. Some great local guys too— DJ Barticus, DJ Empirical, Chris Burgan, and Skratchmatik. That's all I can think of for now. I would love to have a band, to perform my original work live. But right now it's just impossible. I don't have time to track down musicians, to rehearse, to get it together. I'd rather be working on new music.

What is your fondest DJing memory thus far?

Some of my favorite DJing memories were at a night I started in Athens, Ohio at Ohio University— dance or die. Dance or die was magical. So many different people (indie kids, hipsters, artists, townies, frat-boys, sorority chicks, hip-hoppers, punk rockers, etc.) came out in masses to dance their asses off. The vibe was great— inclusive, unpretentious, and just letting it all out. And people would dance from the moment we started until they pulled the plug on us. Musically, we could go where ever we wanted. As long as we gave them a few songs they knew, we could also experiment with some more obscure quality tracks.

What do you have in the works for the remainder of 07 and beyond?

After my album is officially out there, I want to make more remixes, beats for rappers, and songs that are dance-floor oriented. My creative juices are over-flowing, and the ideas are piling up. I will get to go wild, as soon my album is out.

I am attempting a world tour, also. I do have connections in Lisbon, Barcelona, London, Bristol, Prague, Seoul and Bangkok. It’s just a matter of confirming dates, and buying the plane tickets. I am on the verge of confirming dates in Detroit, Toronto, Montreal, Chicago, D.C. and Philly. It's a work in progress. We’ll see what happens.