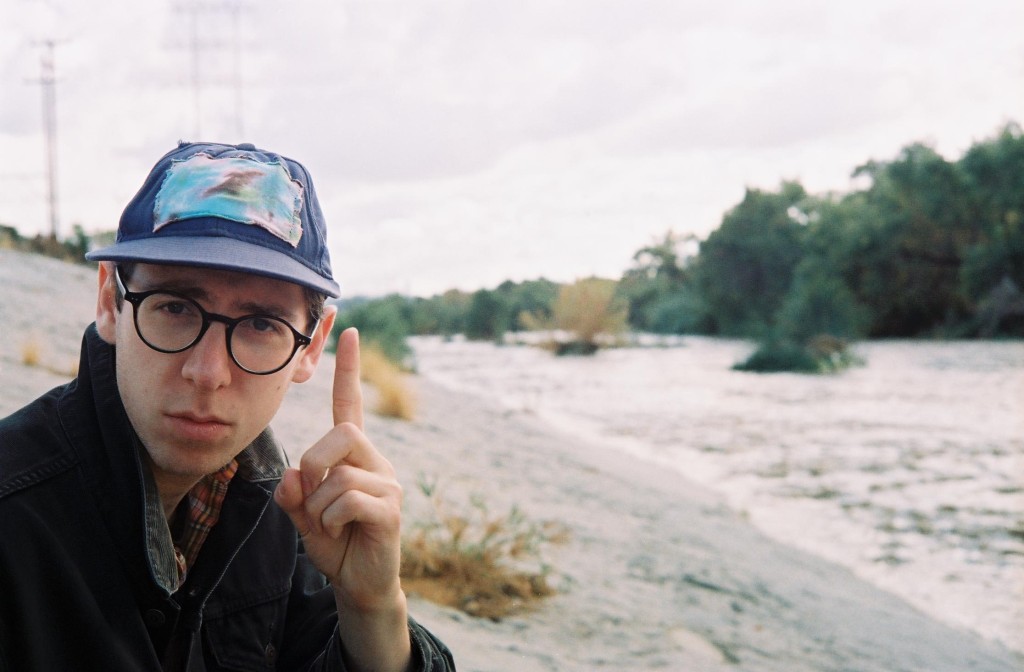 Solo projects are a deeply familiar impulse for ensemble players. And though the best rock ‘n roll groups tend to exceed the mere sum of their individual parts, solo statements can illuminate how bands arrived at their collective identity. That’s the case with Booker Stardrum, whose debut solo outing, Dance And, recently arrived via NNA Tapes. Percussionist in Brooklyn acts Cloud Becomes Your Hand, Landlady, and VaVatican, Stardrum’s new title at once springs from his collaborations and eclipses them.

The studio is critical to Dance And, a tape that digitally weaves percussive and textural components into a subversion of rhythmic continuity: parts flow organically into the next; they begin in the middle; they evade resolution. The title, Dance And, similarly fragments a sentence.

As Stardrum says, “To me it feels like it’s one set. The composition comes from when I’ll sit down and just play for a long time.” He continues, “I’ll play a really consistent idea, and the variation that I let creep in is what creates the composition. My friend came up with a really good word for it, which is ‘autopoetic’—the regeneration of ideas.”

Booker is best known as a member of the bizarre and colorful Cloud Becomes Your Hand, whose childlike whimsy and fickle harmonies make the group a fixture in the Brooklyn experimental scene. As Alex Drewchin of Eartheater once told me, “[CBYH is] the way pop music should be; deconstructing the paradigm while still giving you the candy.” She was referring to an offshoot of the group called Erica Eso, but the statement certainly applies Cloud Becomes Your Hand’s approachable yet provocative excursions. Among Stardrum’s outlets, the band is in the center of the accessibility spectrum, polarized by the pop rock of Adam Schatz’s Landlady and the abstractions of VaVatican.

Booker was surrounded by experimental music from a very early age. His mother is Stefani Starin, the classical flautist. His father, Dean Drummond, was a microtonal composer and collaborator with the likes of Harry Partch. They inundated a young Stardrum with the works of Thelonious Monk, Eric Dolphy, Miles Davis, and so on. Fittingly, Stardrum later enrolled in the Jazz program at SUNY Purchase.

A compulsive collaborator, it took the motivation of another player, Archie Carey, to persuade Stardrum to develop his first solo material. During a summer trip to Los Angeles, the two focused on voicing objects, amplifying fans, for instance, and incorporating light triggers. “[Carey] helped me realize that I could do it alone,” Stardrum says. “It’s scary. I’ve always been an accompanist or sideman, but that was a chance to do my own thing.”

Three years later, Booker and VaVatican player Nathaniel Morgan locked themselves in a studio to create Dance And. A blend of acoustic percussion and electronic manipulation, the tape luxuriates in aqueous ambiance and rhythmic ambiguities. Dance And naturally consolidates the digital and acoustic. Bells, nipple gongs, and an array of unidentifiable percussion bob in oceans of mightily compressed synths. At times explosive, the tape also funnels intensity into the straight-line rhythmic sequences that codify Stardrum’s style. It evokes a river, with rhythmic motifs spilling across seemingly discrete tracks. And aquatic themes characterize the tape overall. “Sands Dream”, for example, feels set on a beach, placing the listener before an auditory sea. The piece’s booming drums reappear in “Drim Dram”. Only, by then they sound submerged in water.

Our ears are biased in favor of melody. Drummers fall into the backdrop, their parts understood as necessary and yet considered auxiliary. With Dance And, Stardrum defies such thinking. And beyond proving his percussive vernacular as a thing of riveting substance on its own, Stardrum’s debut suggests the great potential digital manipulation offers to all percussionists. Stardrum dives in. New ideas rise to the surface.