Haleek Maul on the benefit of friends 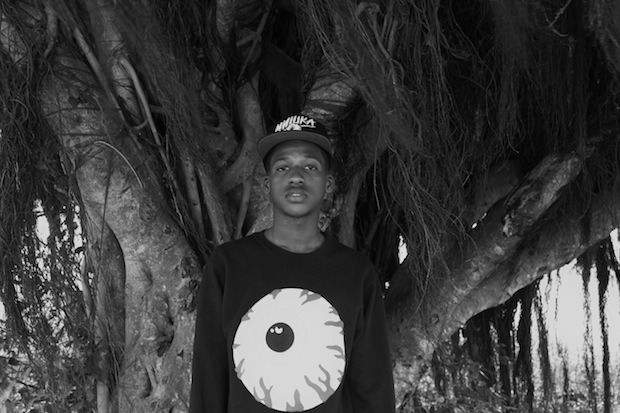 I decided since this thing is called Friends With Benefits, I would talk about some of my friends from Barbados.

There are few things in this life that I truly give a shit about; those being my music (duh), family and a small circle of friends which has surprisingly stood the test of time.

To be honest, there’s not that many stories, I spent the majority of my life being a fairly sheltered child, my first real experiences with friends of any sort started off when I entered secondary school. I’d just finished my 11+ exams and I was on my way to becoming a ‘big boy’, I was going to attend one of the best schools in the entire island and being from where I’m from that made you both hated/ostracized by your peers of similar upbringing and at the same time a beacon of light for the teachers that worked their asses off trying to get you someplace good, mind you all of my energies were going into academia before the age of 11. I entered secondary school being one of the weirdest, cockiest, most socially inept little jerks around; I’d probably somewhat hurt my reputation throughout my first couple of years at school through my snide comments which I made towards people I didn’t particularly ‘like’ or just through sheer disregard for people’s feelings, people did like my raps though oddly enough which sort of helped me out a bit, but also contributed to my feeling of superiority in comparison to my direct peers which caused the most dislike for me to spawn from the people in my year. It’s funny, on my first day of school (which was actually the second day of school for everyone else because I had come back from vacation in New York only the evening before) I’d actually gotten into a fight with this guy Absalom over a chair, he threw this punch at me that hit like a bag of feathers but I was so riled up about it and we both got sent to the principle for it. People from my class still bring it up to this day.

I used to hang out with the older kids, my first serious group of older friends (now known as RLG) happened through a strange series of events which were fueled by quarrels over Jevon’s sister, comments about Jeantil’s mother and a slap to the face (with me on the receiving end) and ended in a rap battle at one of my school’s concerts in a cacophony of screams which declared me the winner, from then on they were my friends though. Shannon was also one of my early friends, we met in a game of Yu-Gi-Oh (in which I had received the most embarrassing two-turn loss in the history of the card game). At the time she had awesome braids and everyone called her “Bow Wow”, she’s since traded off the plaits for the sexier, more ‘mature-lesbian’ mohawke. I also met Adam around this time. I hated him at first to be honest without any proper reason but that’s just immaturity I guess; we’ve grown on each other since and he’s also joined my circle of friends.

I started gravitating towards forming relationships with the people within my year from around year 3, I’d realized that the majority of the people I was hanging out with currently wouldn’t be with me all throughout my school life. The guys from Alpha (‘07-’12) and Khalid (who was supposed to be in our year but got held back in year 2) became some of my best friends to this date throughout the years. I mean, although we probably aren’t the closest in terms of sharing every conceivable secret/experience, but we are pretty close (you know, through man-bonds and whatnot). In first year Khalid hated me though, he threw a whole tuna sandwich at me during lunch, I was pretty upset about that. I also remember Brendan stealing my juice boxes that my grandmother ever so carefully placed in my backpack EVERY SINGLE DAY and I couldn’t really do much about it because the guy is around 6 feet, making me a dwarf in comparison and he used to beat the shit out of me if I tried to resist (this is the reason why to this day I haven’t recouped for the damage to his Grand Theft Auto which I broke in half and attempted to glue back together).

Long story short, I’ve had some good times along with the extremely dark ones, but I’ve always had the same friends come along for the ride somehow.