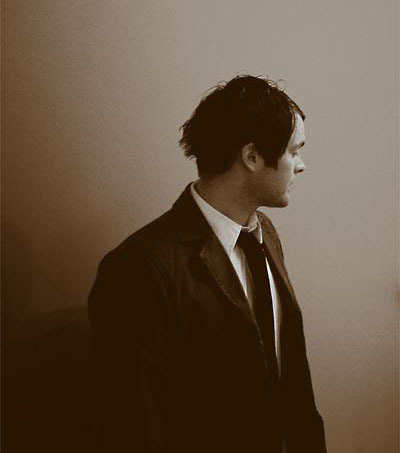 What is Jettie? (1) A band from Sweden; (2) A guy named Anders who plays the drums and a guy named Clas who sings and plays the guitar; (3) A duo whose new album, Kites for Charity, was released in the United States earlier this year. With a sound reminiscent of soft indie pop icons such as Coldplay and REM, Jettie’s new release on Eyeball Records is a mellow journey through utterly listenable music that does not blow the ear drums or cause the eyes to roll. The only band member left from the original Jettie, Clas Bohman, has found his match in new mate, Anders Gransmark. While the guitar flows smoothly on tracks such as “Start Stop”, and “Sophia”, Anders’ drums are neither obtrusive or the usual rhythmic droning.

“Our main influence is life; different situations and different people we’ve met through the years create the stories we put in to our tunes and lyrics,” relates Bohman. “Sometimes it could be five seconds of your life that gives you a story to tell. It could be just about anything and that’s what makes it all so fantastic.” Poetic and lyrical, Jettie begins songwriting with a simple process — Clas comes up with a guitar base and then passes it on to Anders for his lyrical additions. “Yes, it’s really quite amazing how often me and Clas just click and know that this is right. We’re just playing and all of a sudden there’s a big smile on both of us,” says Anders. Take the title of the album. Jettie sees it as ironic and metaphorical, a name for people doing things in life to please others rather than themselves.

So what’s the main difference between American bands and those in Sweden? Anders sees the differences as “sometimes huge and sometimes quite small.” According to Clas, in Sweden, bands, labels, promoters and the music press are usually the same people, which creates a “smaller, elite force that can give you a thumb up or thumbs down as a band.” With the globe becoming smaller due to the Internet, international bands like Jettie are suddenly finding new outlets where none existed previously. For Jettie, the contract with US-based Eyeball Records came via their Swedish label. Eager to get out on the road and tour the world, Jettie would love to tour with fellow Eyeball recording artists New Atlantic.

As for the political chaos that is the American electoral system, each of the boys has their own opinion on who the next president should be. “I say Mr. T. Imagine someone trying to do something stupid. He’ll kick their ass! Instantly. More cool guys in politics,” laughs Anders. Clas would also like a strong US President, “I vote for Clint Eastwood. He’s a good actor and would add some coolness into politics.”

Check out Jettie at their MySpace.