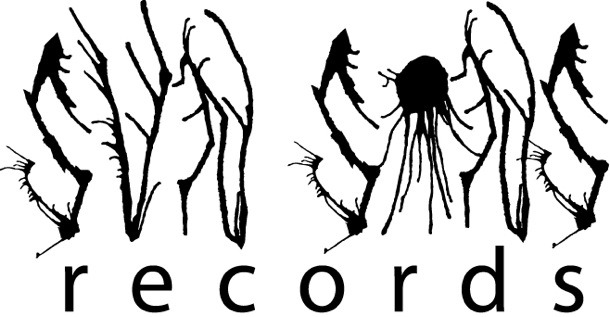 David and I met during our first year at the Sorbonne University in Paris, quite a few years back now. We were both studying arts, specializing in film, and we realized that we had a lot of tastes in common. We were really into the black and white aesthetic of the old silent expressionist movies, the experimental stuff of the 1920’s/30’s avant-garde and also huge David Lynch and Gregg Araki fans, not only for their filming or the way they told stories, but also for their use and choices of music in their movies.

We both have always listened to a lot of different music genres and we still do actually.

At the time David was pretty heavy into indie/LoFi/electronic stuff and I came more from a punk/hardcore culture.

David was playing music by himself and recording hundreds of songs in the tiny room he use to live in at the time while I was (and still until very recently) playing and touring with a hardcore/noise rock band. Eventually we decided to make music together.

Originally, when we started the label in December 2009, we only thought of it as an outlet to release our project in a kind of DIY way. We never really thought of putting out other people’s music, but things took a different turn quite rapidly.

I know that physical formats don’t mean shit to a lot of people nowadays but we’re from that breed of fetishistic listeners who still enjoy a nice object. That’s why we decided to focus exclusively on vinyl and tape releases (while supplying the MP3; we know people need to be able to listen to anything on their iPod). Vinyl, because that’s simply the best forma for sound quality and artwork, and tapes, because they take us back to our childhood and our first musical experiences as kids growing up in the 80’s/early 90’s with some hard rock on full blast on the good old walkman, probably our most prized possession at the time.

The name of the label comes from the fact that we’re both born in July and have a bit of an obsession with the number 7. It’s also a joke aimed at our hard rock/metal past as kids, and the Iron Maiden song. We listened to all that stuff back then and even played in metal bands in high school. The logo I drew for the label is also a reference to that, and the black metal aesthetic we’ve always been fascinated by. That childhood/teenage nostalgia defines us quite a bit in a way I think.

We didn’t have a business plan or anything when we started this thing. We do things as they come, we’re always passion driven, and don’t really intellectualize things. If we fall in love with someone’s music and have the budget to release it somehow then we go for it. We don’t scout like crazy for new potential signatures, things happen naturally. Artists can come to us but sometimes if we come across something that really blows our mind we might ask them if they’re interested in working with us.We don’t really focus on a particular style either; even though we’re pop/wave/electronic orientated, we release dreamy tunes and darker stuff too.

It’s a constant learning process. But we can’t complain really, we have quite a few retailers in Paris and around France and others like Rough Trade in the UK and Big Love in Japan. (By the way they have a fund raiser going on to help with the major tragedy that hit their country so go show some support if you can.) There are also a few distros in the US that support us but no major platform for the moment, it might change, we’ll see how things go.

We mainly operate everything directly (manufacturers, orders, shipping etc…) and even though it’s quite time consuming and tiring, (considering the fact that the both of us have day jobs and work on various projects simultaneously), the whole thing is also rewarding. It's nice to be in contact with people who like the music of the artists you try to support, and in some cases you might even make good friends. And I guess that if it gets a little bit too much for just the two of us to handle, we'll have to hire an intern and make him/her work like crazy for shit money because that's what everybody eventually does, right ?

This one is our first release, it's the trio David and I are part of. These were our first songs and this record is special to us because that's how the label started. It's limited to 250 hand numbered copies on clear vinyl. We're currently working on a new album and we'll have a few new songs out on the web soon.

To The Happy Few, “Rehabitches”

Dreams are from Porto, Portugal. It started as a solo project before expanding to a trio. When John contacted us we immediately fell in love with his sound and agreed to release a tape and that's when we totally embraced the idea of being a label. We had the chance to do a gig with them in Paris during a SVN SNS party and they're live performance is as great as their recording. Portugal has a really interesting and vibrant music scene with a lot of great artists, festivals and labels.

We really loved that tape and it sold out rapidly. Both producers are awesome and Holy Other's smokey atmospheres interact perfectly with Indigochild's powerful sound of despair. Holy Other is a very talented British producer and if you're not familiar with him already, he's got a 7-inch out on Transparent and a 12-inch EP to be released soon on Tri angle records. Indigochild is a young prodigy from Wisconsin, you can check out his soundcloud for more awesome jams. He was one of the first people we started to work with and we're big fans of his work, we'll be releasing a 12-inch of his sometime soon.

Glitter Bones are from Chicago. We discovered their music throug the internet when “Returning the Magic” was released as a digital 4 track EP on a blog. We contacted them and they agreed to work on a vinyl release with us consisting in renewed versions of the EP with 2 new tracks and 2 remixes. This release is really special to us because besides loving their dreamy soundsapes, we went through some absolutely crazy shit with the manufacturer. The 12-inch release was delayed but it finally came out last February in the shape of a gorgeous patterned vinyl limited to 250 copies. They have a bunch of new tracks in works. Watch out, massive talent ahead.

We've got a few things in the works and we're really excited with our future plans. We're doing a compilation release on the fantastic fellow French digital label Beko-DSL in May and it will feature exclusive tracks of just about all the artists who released things on the label, plus tracks from new additions to the label.

In the months to come we'll be releasing a tape of I Do Not Love, a very talented gentleman from Massachusetts, another one from Full Moon Fuck, David's hardronica 80's shizo persona, an Indigochild 12-inch, and a tape from an obscure and heavy project called IEJM13M.

Stay tuned for more news and see you soon down the road because showcases and gigs from the SVN SNS crew are in the works.