The Cinematic Orchestra’s latest album, Ma Fleur, was mostly post-rock: slow, sad melodies carrying or being carried by a handful of guest vocalists, an atmosphere of hopeful darkness and repeating motifs. Which is all well and good, and one of my favorite albums for a rainy day, but doesn’t even begin to explore just how jazzy the Cinematic Orchestra can be live. This British band can really play, amazingly so, in a way that not only jazz fans would be able to enjoy. With, as the slang goes, serious chops, they surprised and elated those who got to see them play Joe’s Pub on July 8.

Joe’s Pub is a small and cozy place as it is; now imagine a sold-out crowd; imagine them cheering for every solo, stomping their feet for an encore. Considering that they played the expansive Central Park SummerStage the night before, the Joe’s Pub show was surprisingly small and intimate, the band filling out the space comfortably where less-experienced bands would probably bash their heads against it, acoustically speaking.

Unlike most jazz outfits, the Orchestra is lead not by another jazz musician, but by a turntable artist, Jason Swinscoe. Swinscoe does relatively little: some samples, some hand gestures, introductions. Most of the time he was standing there watching, hands clasped behind his back. His job is less as leader but facilitator-he sets up the jams and then reins them in. And these guys could make aural gold seemingly out of anything, whether it be the slow meanderings of a song like “Breathe” off Ma Fleur, or the more antsy and older “Man With a the Movie Camera”.

Nick Ramm on the piano and Luke Flowers on the drums showed a particular ability to play outside the beat and outside the melody, the kind of playing that gives you shivers, and saxophonist Tom Chant could coax all sorts of sounds out of his instrument. Stuart McCallum’s guitars were complex and persistent. But even with these chops The Cinematic Orchestra never sounded like your average jazz band, which, no matter how good, will still sound like jazz. I think the difference is in Swinscoe. The majority of contemporary jazz is built around complex chord progressions and changes and musical arcana. Swinscoe here has built a jazz band that has at its heart a rock aesthetic: even at the most improvisational it’s still emotive.

For less than half the songs the Orchestra brought on a guest singer, singing the parts recorded on the album by the legendary Fontella Bass. She had a powerful voice that could also be disarmingly delicate, and when it quivered, it was like a great and heavy glass chandelier rustling – beautiful and frightening. For the encore they also brought out another guest, an enormously tall man who calls himself Grey Reverend. He played his own soft and sweet acoustic version of “To Build a Home” with little accompaniment, taking what had been jazz through post-rock, and bringing it down to folk. It had the airy quality of the original while not resembling it at all otherwise, like all good covers. 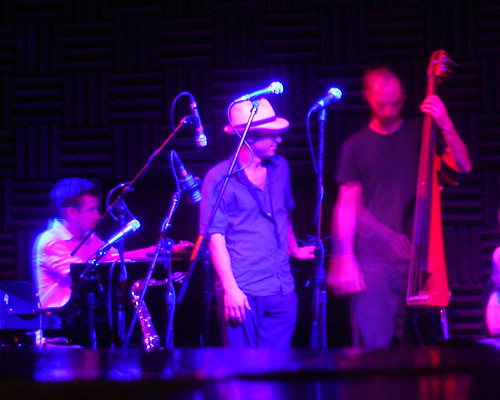 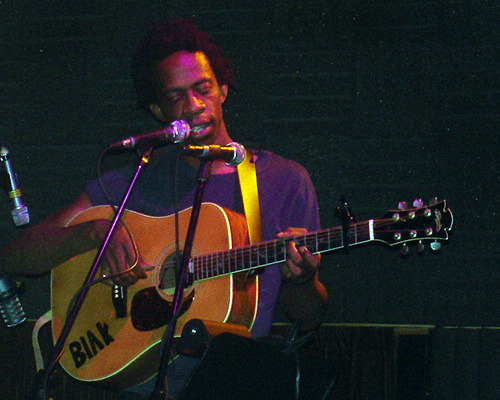 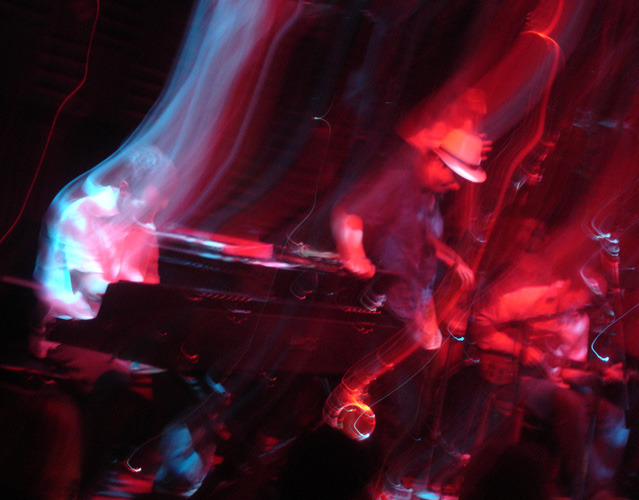