This past weekend at Chicago’s Empty Bottle, boundaries were tested with Fugue State, a two-day festival celebrating the Chicago drone scene. Organized by Rebis‘ Chris Miller and Jeremy Bushnell, Fugue State featured performances by DRMWPN (Dreamweapon), Haptic, Good Stuff House, Matt Clark, The Number None, David Daniell, The Fortieth Day + Noise Crush, Goldblood, The Zoo Wheel, and Estesombelo.From The Zoo Wheel’s layered vocals mixed with drums and a melody harp to The Fortieth Day’s ear crushing intensity to The Number None’s blend of abrasive noise and beautifully entrenched melodies, Fugue State surely had something for everyone (as far as experimental music is concerned). It even had something for the more orchestrated type, with the festival climaxing in a performance by David Daniell and the Sunfish Ensemble, which featured two drummers, five guitarists, a bassist, and a four piece string section, as well as sections that included a pedal steel guitar played by Daniell and vibraphone by Steven Hess of Haptic.

The festival was made cohesive by the required use of visual aides, which, following in step with the different types of music that were performed, differed in subject, color scheme, size, and presentation. Noise Crush (aka Lisa Slodki, the magician behind the machinery), performed live along with Haptic and the Fortieth Day for an intimate and moving video and auditory experience. Saturday night’s opening performance by Estesombelo featured works by Chicago artist Keith M. Judge, with an obvious kinship shared between the multi-textural soundscapes and Judge’s continually developing flow of black and white film. DRMWPN employed a tall, skinny, hole-filled lamp shade with a light in the middle. Good Stuff House displayed a film of two shadows sitting in a boat on a lake on a 10-inch television that was covered in rhinestones, jewels, and all sorts of other wonderfully gaudy trinkets.

Fugue State attempted to take a step forward in the ongoing effort to fortify Chicago’s position on the forefront of experimental music, and it sought to get both outsiders and insiders of the scene to appreciate music that’s often absent event at other independent shows. The quintessence of the groups that performed Fugue State is the unwillingness to conform to the centralized standards not only present in contemporary music and visual artwork, but also in much of the art scene at large. While not to suggest that the mainstream is unable to appreciate or embrace experimental music, it deserves and demands patience and an open mind, elements often avoided in the fast paced, instant gratification environs of rock and indie culture present in bountiful quantity today. Hopefully Fugue State was successful in attracting a few more people to a genre that is often only found when sought out. 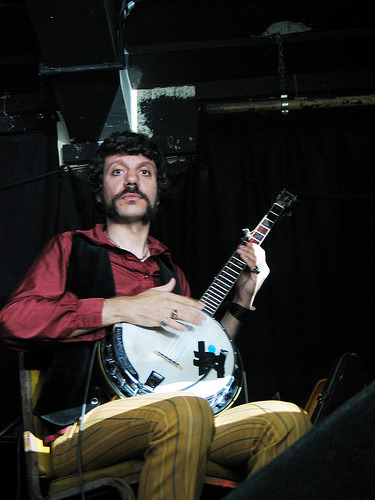 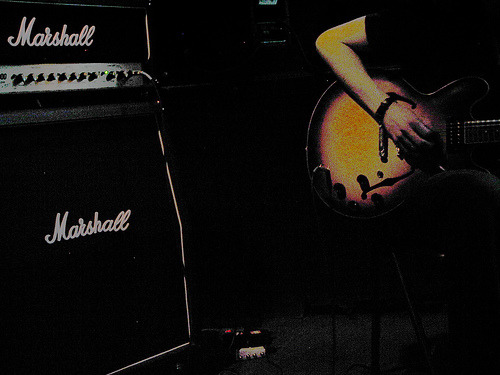 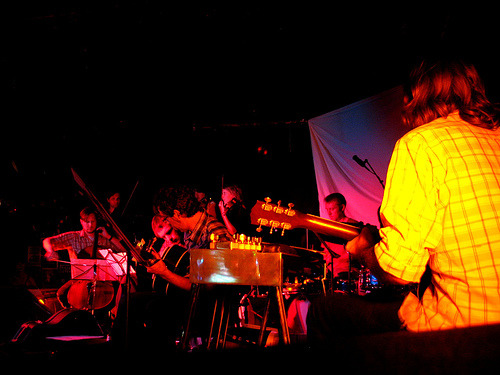