Heavy Winged shows are like fantastic, confusing dreams. When you wake up at the end of the set (from reverie, in this case; sleep would be very difficult), the whole of it is still clearly illuminated, but the details rapidly fade into lingering, disjointed impressions of a roar of guitar swimming up from EBowed bass shriek and drums tumbling through a yawning void suddenly vacated by the other instruments. The improvisational three-piece (formerly Brooklyn-based, now maintaining momentum despite a bicoastal member diaspora) takes the most traditional set-up in rock music — guitar, bass, drums — and makes it enormous and unfamiliar.

Playing each set as a single, unbroken stream-of-consciousness isn’t too unusual alone, but it’s the process that matters here. Guitarist Ryan Hebert seems to be the rock spine of the group, holding whatever else is happening together with driving, bass-heavy guitar that often seems to be equal parts grunge and metal (at least when not just setting up massive, distorted sound fields). Bassist Brady Sansone, with his instrument’s traditional bedrock role already being competently handled, instead often opts for the domain of treble, spinning out shimmering atmospherics and distortion skronk. Something of a sound-scientist, the seated Sansone often lays his bass flat across his knees to better dissect and manipulate, naturally with the help of an extensive pedal array (Hebert, fittingly, stands). Drummer Jed Bindeman handles the difficult task of vaulting through the cages of broken rhythm set up by the other two with an effortless ease. Falling into a relentless lock-step grove one moment only to break into frenzied cacophony the next, and often finding a tricky, acrobatic middle ground between the two.

Saturday’s show at Silent Barn (only their second in the city), kicked in hard, and without any unnecessary build-up, with a signature galloping guitar line from Hebert that the others quickly matched step-for-step, though Sansone’s spark-spitting double-speed strumming assumed more of a textural role that oozed through the cracks left by the other two. While those opening minutes threatened a set as continuous, breakneck torrent, the composition cycled as it progressed, fracturing to grant Sansone’s often alien tweaks of white hot bass prominence while the other two stumbled in and out, before building back into a roar again. The Silent Barn proved a fitting spot for the performance, with, surprisingly, wall art in the hallway mirroring the same artist’s work for their recent split 7″ with Blues Control.

Religious Knives + I Love You

Heavy Winged was joined by No Fun Fest alums Religious Knives, whose slow psych builds were here augmented by an extra guitar and clung surprisingly closely to traditional rock arrangements with drums and bass so unwavering that even the noisiest guitar lines seemed inexorably reigned in.

Surprise guests I Love You (from Kansas City, MO) turned up for a quick, spazzy bonus set in the basement after another engagement fell through. The two-piece quickly showed their feelings towards the crowd by managing to be both tonal and noisy as hell even when the guitarist abandoned his instrument in favor of mere voice, mic, and dizzying array of pedals, shrieking with hair sweat-matted across his eyes.

Before that, the night’s other highlight: the blistering two-piece no-wave of Paranoid Critical Revolution. If the band has anything holding them back at the moment, it’s just that their rapid, lunging instrumentals all seem to stick pretty closely to a standard ABAB format, but the particulars of each song were skillfully executed and striking enough that I hardly minded the structural predictability. Seriously, I could barely take my eyes off guitarist Reg Bloor’s fingers as she tapped out rapid precisely dissonant notes and coaxed a syncopated tonal whine out of the strings by running her fingers down their length in exactly spaced jumps using something I can only describe as “guitar claws”. For her part, Libby Fab kept pace with drums that emulated regular rock rhythms, only more rapidly changeable and with an intensity that actually caused part of her high hat to fly off during the set. 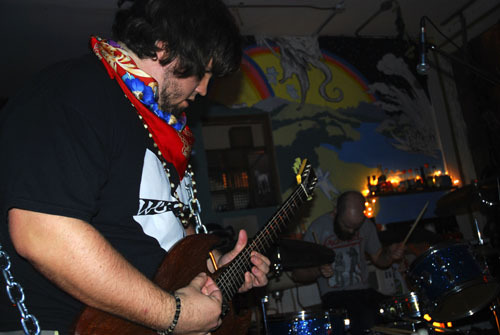 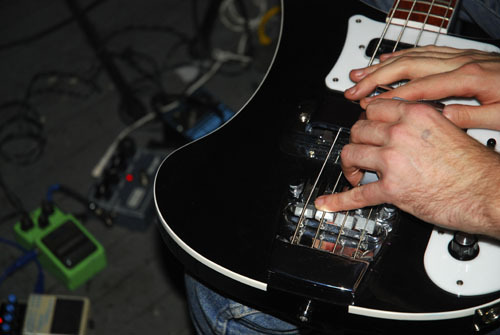 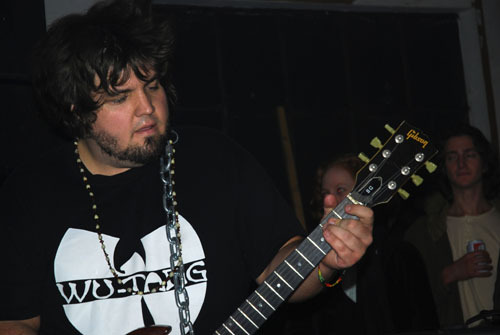 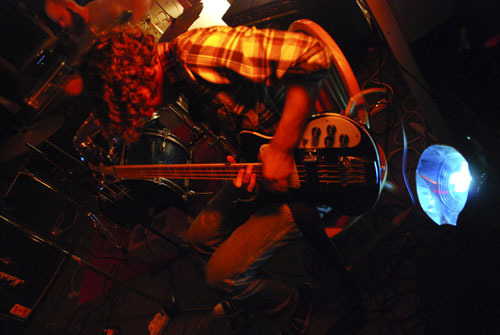 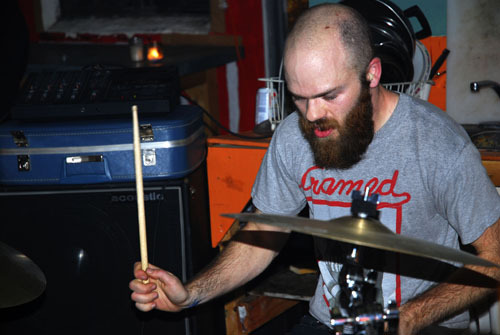 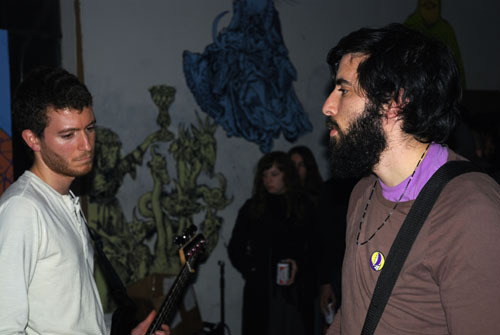 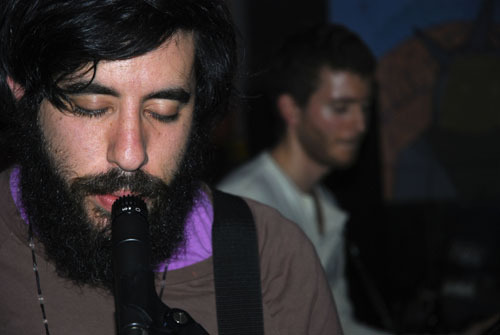 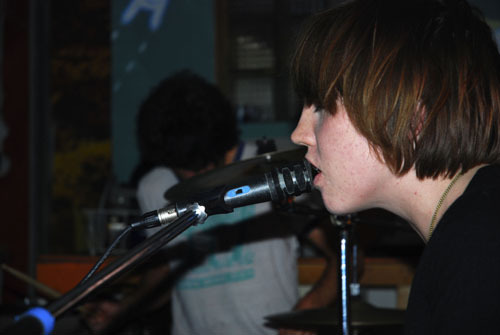 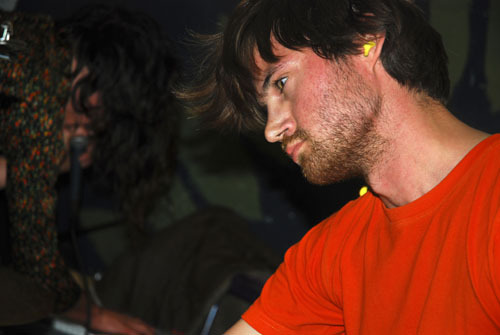 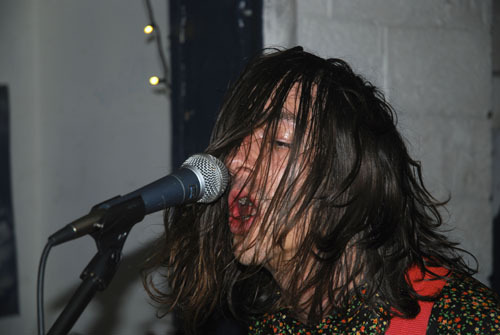 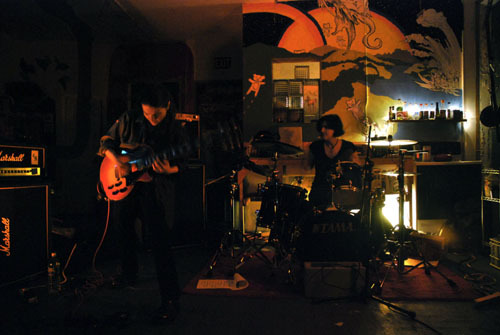 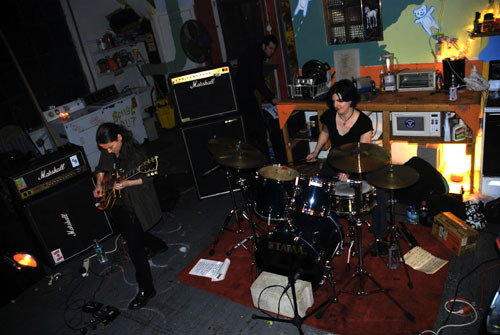 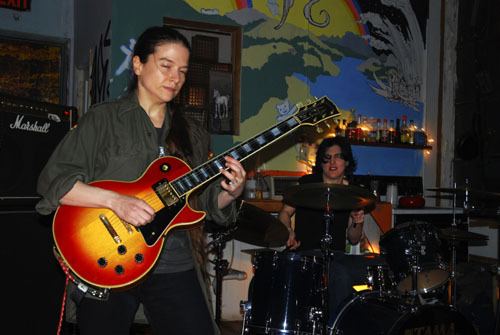 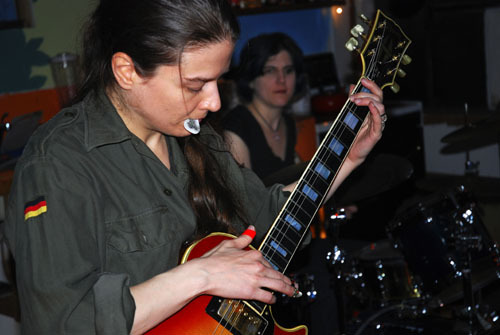 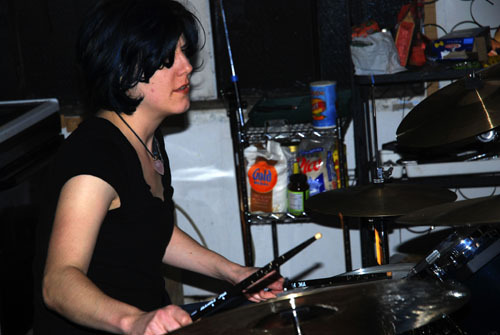 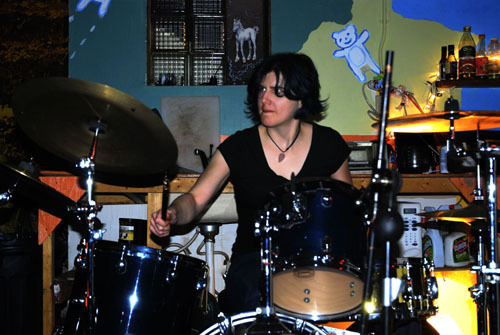 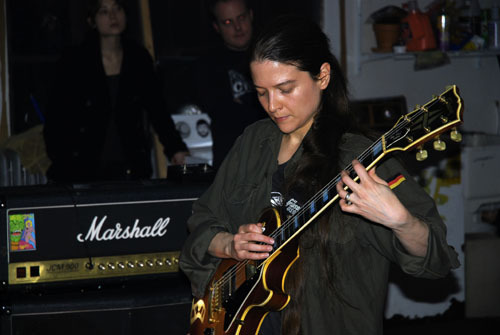 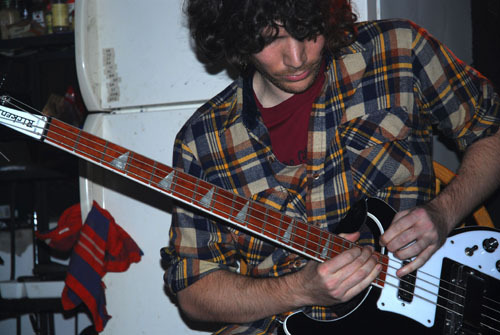