I arrived just in time. This may be open to debate, but to me “just in time” can be defined as the exact moment that Julie Doiron stepped clear of her touring band and stood, poised, alone, with just her guitar in hand. Now, don’t get me wrong — I heard at least 10 seconds of the touring band while I was getting my hand stamped, and they sounded like more than adequate backup, but Doiron’s songs have always had an uncluttered intimacy that seems best expressed by a solo performance. And such was pretty much exactly what she delivered: simple, naked songs (old requests, the new “Me and My Friend”, a Pavement cover), delivered free of any of the artifice or posturing, free from the armor of detachment, that one might expect from a veteran performer. It’s been 17 years since her start as the bassist of Sub Pop rockers Eric’s Trip, and yet Julie Doiron still seemed to possess a charming guilelessness, a disarming faint undercurrent of giddy excitement, as though still fresh to the music world, just embarking upon one of her first tours.

Calvin Johnson, as rumble-voiced former frontman of Beat Happening and Dub Narcotic Soundsystem and founder of K Records, is certainly no less the veteran performer. In Johnson, however, this fact seems to have manifested itself in a veil of persona, as he told meandering between-song anecdotes and jerked his arms and legs in surreal dance motions behind the microphone. Still, with nothing to prove by now, Johnson delivered his songs with an unhurried ease, his voice intertwining efficiently with both his own guitar and the contributions of a new touring guitarist/drummer, despite the show apparently being only their second time playing together.

Unfortunately, by arriving only just in time for the second part of Doiron’s set, I also managed to miss a couple intriguing Brooklyn locals: the Woods, an apparently folkier side project of sorts from part of Meneguar, and Golden Ghost the solo(ish) vehicle for Laura Goetz of Castanets. Though I missed the set, I did pick up a copy of her just-released CD-R, Fauna of Mirrors, revealing a vocal style somewhere between Joanna Newsom and Jolie Holland, with a more adventurous (if perhaps somewhat unrestrained) ear towards arrangement . If you, like me, missed these local openers, the Woods will be back at Don Pedro’s on the 11th, and Golden Ghost will appear next at an all-acoustic BBQ show on the southern tip of Roosevelt Island on the 17. 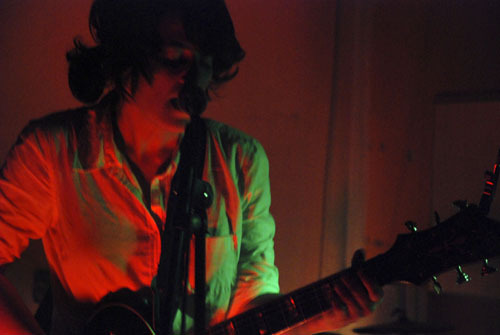 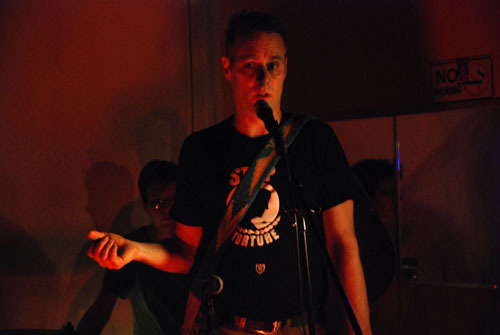 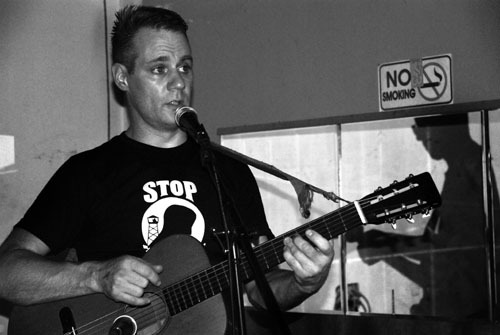 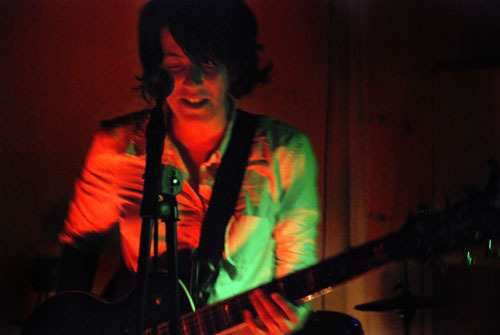