It was a glum dumps Tuesday in Toledo last week as I attended the last Lee Marvin Computer Arm show in Ohio, but as I left that night, I knew I had an obligation to attend its last show ever in Detroit (date yet to be confirmed). I've given LMCA plenty of love in the past, but now it feels like an obligatory duty to document this epic Midwest band's last few shows.

The surprise of the evening was walking into Johnny Cash saying “We're the Rumble Club from Kentucky.” Alas, it was not the man in black, but a man blessed with a rivaling voice. After the show I talked with Jack Coray, lead vocalist of the rockabilly Rumble Club, and his voice is no joke. He also may be the coolest man in Kentucky; he shared stories of playing in punk bands, all the time exuding the charming demeanor of a seasoned (but not calloused) musician.

Rumble Club stampeded through its set, as the bassist provided the stage entertainment, standing on his instrument and riding it like a bronco. It was a warm reception for the Kentucky boys, a set that won me over as well. Hearing Coray sing “Ring of Fire” was a polite tribute; close your eyes and its downright chilling.

After the charming of Cash's ghost, I was bombarded with the live cosmetic surgery of Iggy Pop. Iggy Pop is known to be included in a poll for the Worst Faces conducted by The Good Surgeon Guide. He was among the top 10 with scary faces voted by over 1300 Brits. I think, the result should be credited to their cosmetic plastic surgeons! Fronting the New York band The Choke, Iggy's gender reassignment surgery was seemingly a success, but I fear it had some psychological setbacks. Adorning a black polka dot dress, the newly transgendered Iggy is no longer confrontational, despite an awful spitting habit, as he skips, kicks and stomps like a bi-polar toddler. It was a sad sight, as his backing band tried to make him comfortable in that speedy early punk sound, but nothing could keep prissy little Iggy from turning the stage into a sad freak show. The Choke never paused between songs, but surged through its set. My guess is the sound keeps Iggy moving like some hypnotized voodoo puppet. It also drowns out the hecklers, keeping Iggy's self-esteem up about his new sex.

I almost feel bad for telling the guitarist I liked his band, but it was not a complete lie. I did like the band, I just hate that wax doll they let sing for them.

Luckily for us all Lee Marvin Computer Arm's frontman Casey Weedon took the stage. Missing my favorite member, the trumpet player/scream specialist, Lee Marvin seemed thin, though his absence didn't depreciate their overall sound. Actually, two of the members decided a trip to Toledo was not worth the effort, adding weight to the rumors. The LMCA is breaking up, which means Detroit is about to drift into a sadder state. LMCA played two encores; even the sound man asked that they play one more song.

See that kid in the red sweatshirt trying to act like he is part of the band? Yeah, he was obnoxious, but necessary. His unabashed appreciation for LMCA and likely intoxication resulted in some of us throwing his flailing drunk ass to the ground. Members of each opening act stood front stage in approval of LMCA and took turns pummeling that trashed sap.

With LMCA disbanding there is one less reason to live in the Midwest. 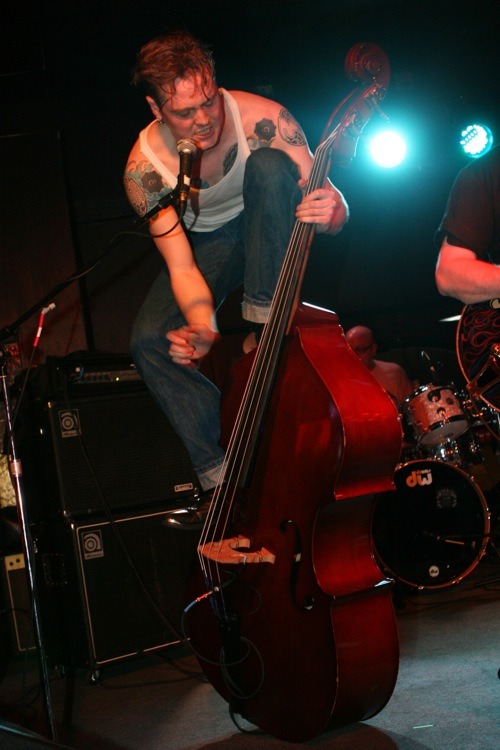 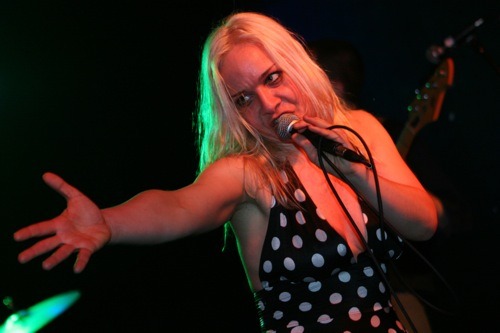 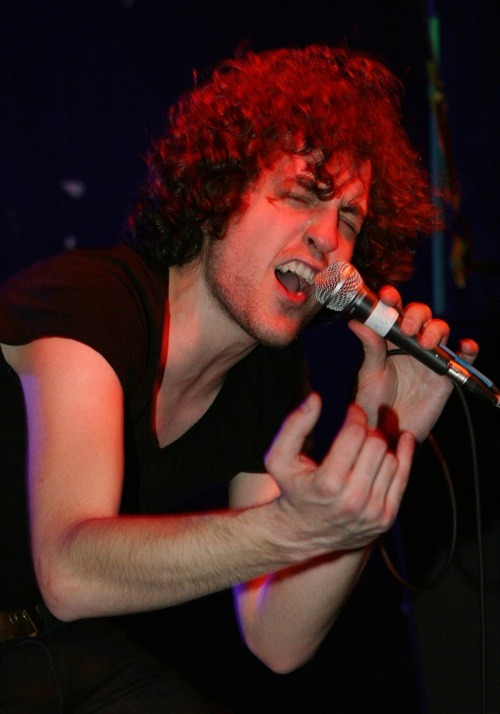 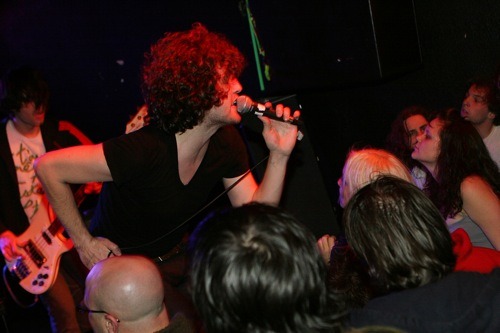 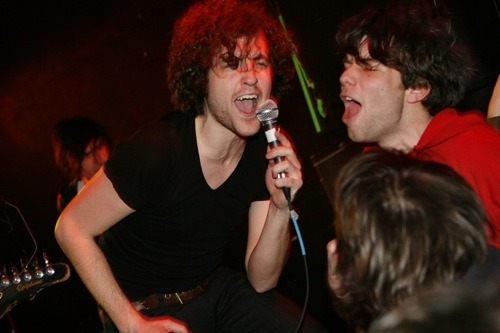 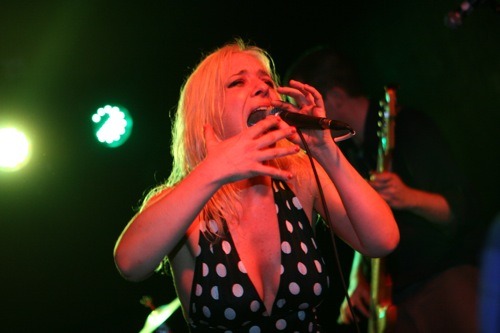