Every major city has a venue that is a favorite for many a touring artist in today’s independent club circuit. San Diego’s The Casbah is without a doubt one of the best live venues for both performers and fans in the United States. Located in the city’s Little Italy district with a capacity between 200-225 people, coupled with the fact that the club is positioned right beneath the landing pattern for the San Diego International Airport makes The Casbah the perfect backdrop for evenings of live music – with or without alcohol and drugs.

I recently accompanied fifteen other fans for a recent Mary Timony show there with mixed emotions. Part of me was quite relieved that there was no large crowd that evening to obscure my view or to interrupt my trips to the bar and restroom. When a venue that small is packed to the brim, the head achingly banal conversations I hear usually force me to leave in between sets to go smoke pot in my truck. To be honest, more than half of me was stoked no one was there. I was able to say hello to Mary and buy a t-shirt off her without having to battle through anyone or to interrupt her in the midst of several conversations. “Hey thanks for buying a t-shirt.” She replied as I handed her a twenty dollar bill. We had a moment to chat before someone else came up to inquire about merch for her opening band, Lymbc System. I could tell that she was disappointed (as anyone would be) by the evening’s turnout. Last time she had performed at The Casbah was with Mike Watt, and the place was packed. But that was on a Friday night. This was a Tuesday night in May but where were all the fucking Helium fans?

I will attest that two of San Diego’s finest were among the fifteen person audience that was out to support Mary Timony on that lame Tuesday night. Jimmy LaValle, from The Album Leaf played synthesizer during Lymbyc Systym’s set, and stayed to watch Mary’s headlining spot along with Rob Crow from Pinback.

With drummer Joe Wong and bassist Chad (The Chad) Molter along for the ride on her recent tour through May and June, her set in San Diego consisted mainly of songs off her new album from start to finish. Her fourth solo album, and first for Kill Rock Stars, The Shapes We Make, is, as many have previously said, a return to form, with angular guitar hooks and politically conscience lyrics about Mary and “her sisters.” Much of the new album is a perfect mixture of the whimsical unicorn-esque and the straight ahead punk rock she created with Autoclave and Helium.

Opening her set with the fourth track on her new album “Summer’s Fawn”, she hopped around her new album, playing six songs off it, as well as “Friend to JC” from her last album Ex Hex, and one song off her debut solo album Mountains, “Rider on The Stormy Sea.” She closed her fifty minute set out with a tasteful prog-jam that spiraled in-between electric guitar chunks and sonic fuzz; altogether lasting around twenty minutes

Immediately following the final song I made a brisk beeline to the restroom, knowing that with all of the audience in attendance either headed towards the merch table or back to the bar, I would actually be able to take my post show leak in peace. As I opened the door to the Casbah’s small urinal/commode uncomfortable men’s room combo, I noticed that Mary’s touring drummer Joe Wong was already in there taking a piss. I could not believe that in ten seconds he was able to get out from behind the drum kit, off the stage, run to the rear of the club, enter the restroom, whip his dick out and begin peeing, all without me noticing. Again, I was filled with mixed emotions. I was in awe that Joe played a tight a set all while obviously holding several pints of urine from pouring out the tip of his penis. But I was upset that he had in fact beat me to the urinal. I mean the club was fucking empty. We shouldn’t have to stand next to each other while pissing when there are only fifteen fucking people in the goddamn club! But there I was, standing right behind him with my penis in hand, unable to urinate, as Mr. Joe Wong leisurely urinated what seemed to be several pints of beer. If I could’ve had a choice in the matter, I would not have tried to piss next to Joe Wong, but rather Mary Timony. At least then I would’ve had a chance to ask her to sign the set list. 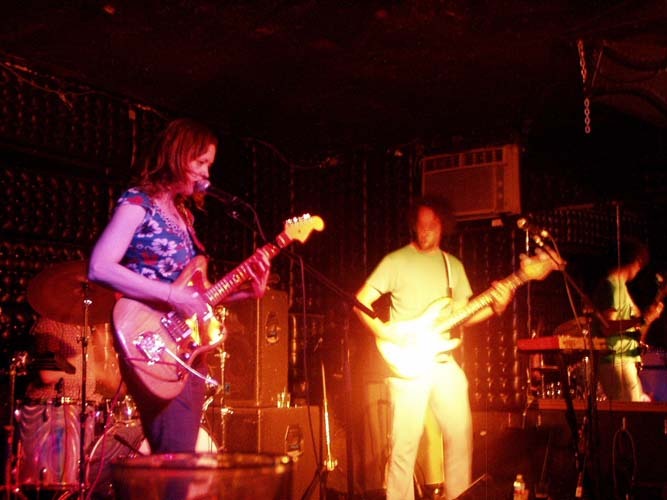 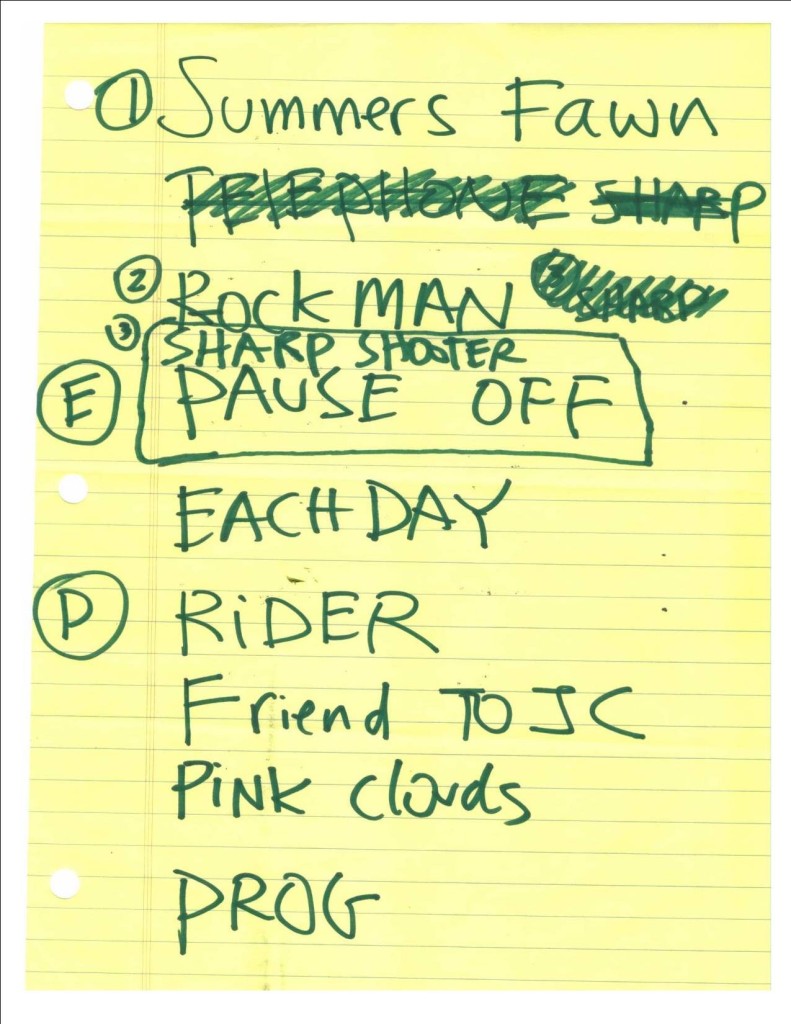 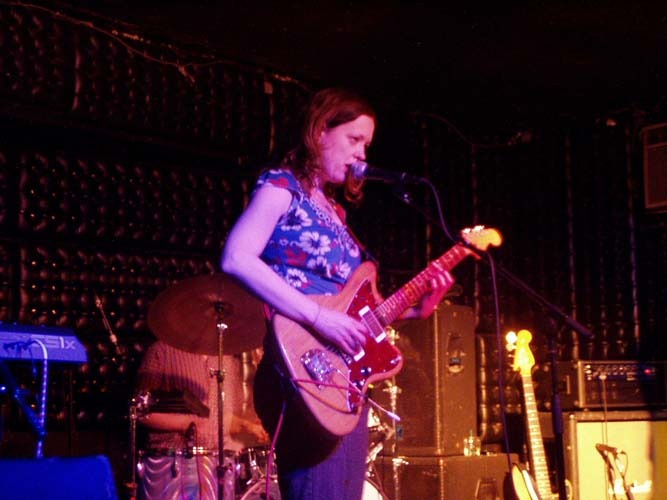