I stopped my bike on the bridge, as I had done many times before and looked over at the building. Its brick facade was radiant in the late afternoon light. Lost in thought, I was approached by a women asking me if I lived inside; she was supposed to meet someone here who hadn’t shown up and she was worried. We talked about the neighborhood for a moment and I wished her the best of luck in finding her friend. As I peddled off, I wondered quietly how long this could go on for.

Nestled among the industrial shells of a neighborhood in transition, this former MTA power plant has been many things to many people. Up until a couple of years ago it was an active squat, which according to many was spiraling downhill after the founders moved on and a decadent drug culture took over. Currently, I hear it’s slated for redevelopment as a luxury condo project- that is, once they clean up the decades of toxic pollution.

For me it’s always been a curiosity, a hulking brick building, set back off the street and surrounded by self-storage units on one side and an ice cream truck parking lot on the other. Walking by, you know it’s empty because the roof has been hit with a bunch of rollers and the windows are broken and covered in paint. But perhaps, if you didn’t have the eye for that kind of thing, you might never notice it.

The first time I visited, people were still living there; on the way in I met a couple who couldn’t have been older then 18 or 19. As we warily approached each other, they broke the silence, asking me if I owned the building, I said no and they then asked if I lived in the building, again I said no, and that I was just interested in the neighborhood and the building. Well in that case, “can we get a couple of bucks for the train?”

While I was talking to them another guy, an older guy with dreads, slipped over the fence, gave us a dirty look and literally kicked the front door in before disappearing into the cavernous interior. A moment later, you hear someone yell “fuck!”

The last time I was inside , the landlord/cops had just kicked everyone out, boarded up the entrance and posted a security guard (who incidentally didn’t show up on Sundays.) Walking around the perimeter, one of the first things that you notice is the graffiti: huge pieces adorn almost every free wall and the same is true for the inside, especially on the top floor, which was covered from floor to ceiling. The building had long since been stripped of any machinery, so it’s strangely empty- walking through, it was icy cold and eerily quiet. All that was left were makeshift rooms, many still containing clothing, food and the remnants of a life suddenly left behind.

f.trainer had the chance to interview Gore B, a street artist who has work inside the Batcave.

F.Trainer: Hi Gore B, thanks for doing this. To start, I’ll throw a couple of questions your way, and we can go from there. First off, I guess, how did you hear about the Batcave?

Gore B: I had seen it before, roaming around that area, my buddies Soler and Erupto went to go paint it and I went to go get pictures and just to check out old abandoned shit. I was also scouting for new places to paint a multi-person mural.

FT: It’s hard to miss, as is that giant piece Soler did in the Batcave: I love how it looms over the entire room. In terms of painting, do you have a preference towards smaller, more detailed works or something a little larger?

GB: I jocked Ellen Harvey’s New York beautification project for a long time, and it really influenced the size of my work for a while. If you dont know her stuff look it up. They are really small, but I’ve been painting real big lately.

FT: With the boards that makes a lot of sense. There’s something about New York that really makes you appreciate the smaller works. I guess it’s just that they’re not as noticeable, so finding them is a little more special. That said, I still love giant rollers. I saw on your Flickr that you had done some tunnels and drains lately. What’s the biggest thing you’ve done?

GB: I’ve been working on large roller pieces with paint scavenged from the dump. Full burners with background and fillin. One of them was about 12′ x 40′.

FT: What if any, do you feel was the influence of people living here on the graf that was happening?

GB: One of my favorite pieces that was in the Batcave was a huge train. just an outline with a can of black. It was awesome and all about hoboing.

FT: I missed that one but did notice a bunch of hobocore tags.

GB: Yeah, the train piece was in one of the stairwells in the back. It was easy to miss.

FT: I wonder what the power structure is for a situation like this: whoever has been there the longest is in charge?

GB: I lived in an anarchist village for a real brief time. And even then it was all about the alpha.

FT: I’ve heard that the squat had kinda gotten outta control towards the end: what was your impression of the situation?

GB: Yeah, that’s what I heard. A buddy of mine who lived down there said the punks who were living in the building were harassing the neighbors in the area. The kind of stupid shit that junkies who don’t care about shit do.

FT: I was in there a couple of weeks after the landlord threw people out and the needles were just everywhere, any idea how many people were living there?

GB: Not sure. The top floor looked like an industrial amphitheatre. It had a stage on one end with two square rooms built on the sides of the stage. They were wrapped up in blue tarp and had windows carved out of the walls to facing the rest of the floor. They even had doors with locks on them. So I didn’t go inside them, but it looked like both could house three people each, comfortably. Everything else looked like temporary housing.

FT: I saw at least five or six rooms so you gotta figure at least 10 people, and probably more with sleeping bags. One of the strangest things for me being in there was that it was very evident that people had been living here and that many had gotten kicked out without even the chance to get any of their stuff. Just up and vanished one morning.

FT: Any thoughts on the proposed plan to redevelop the area into a luxury condo project called the “Gowanus Village?”

FT: What I find interesting is that after abandoning the waterways and fronts for years: they (the realtor’s) are selling the most heavily polluted land to the richest New Yorkers: what’s the phrase I’m looking for here? Oh right, caveat emptor.

FT: True that. Thanks again man for doing this, any chance you’ll be coming back East in 08?

FT: Awesome, I’ll see if they will put a “donate now” link in the piece. 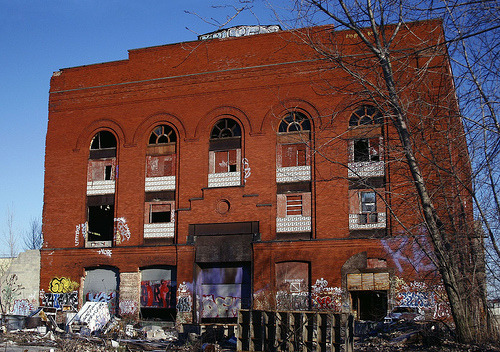 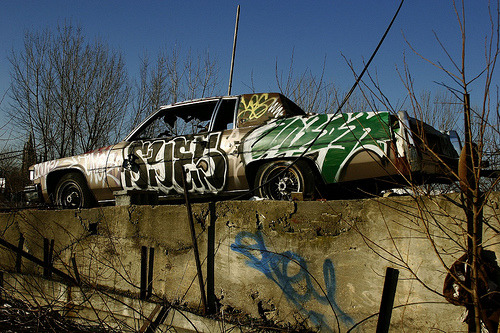 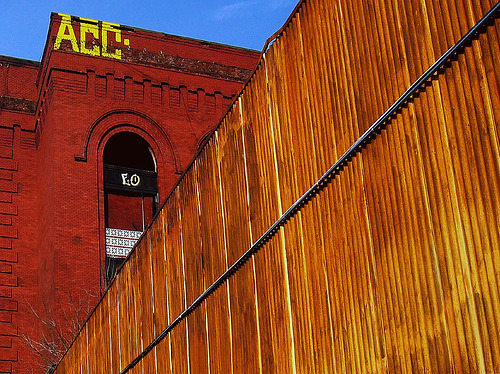 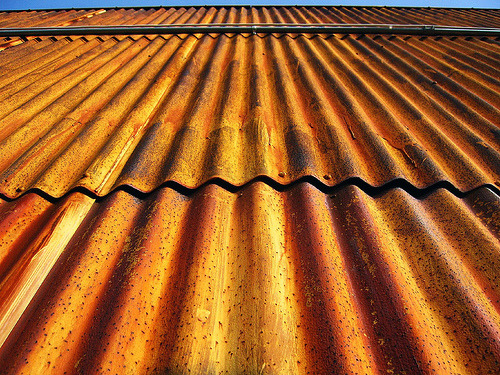 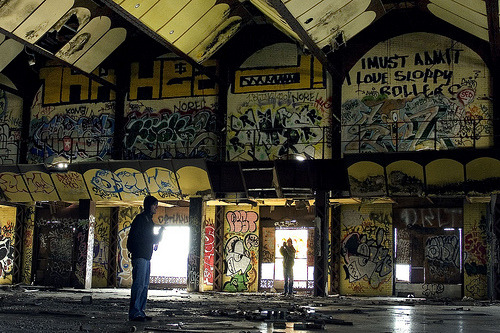 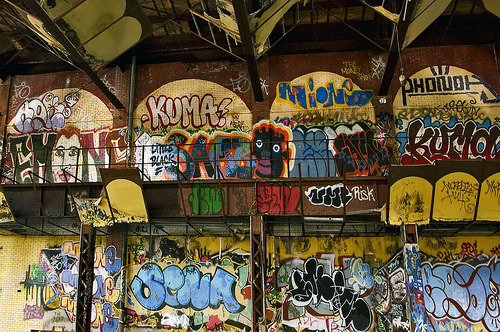 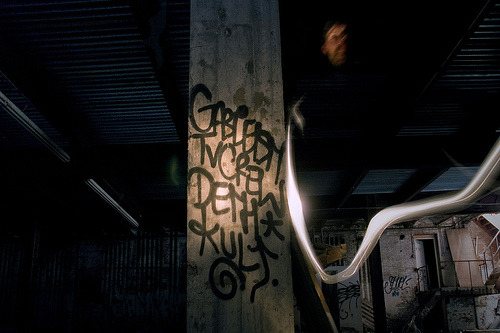 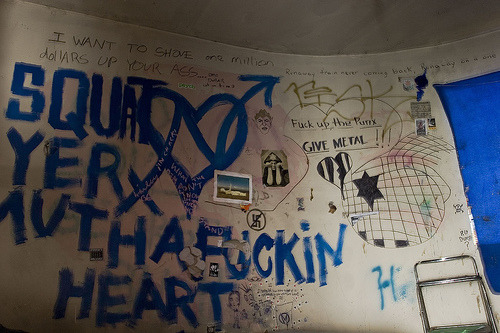 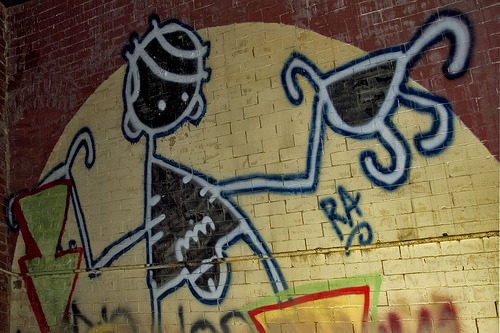 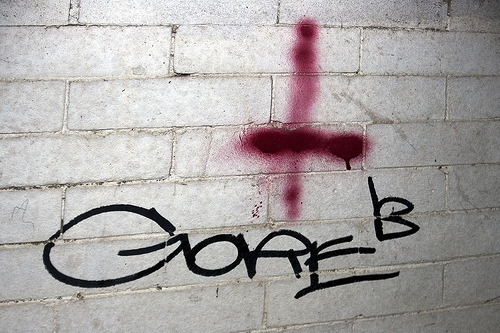 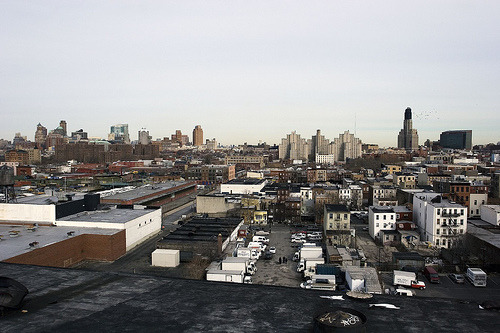 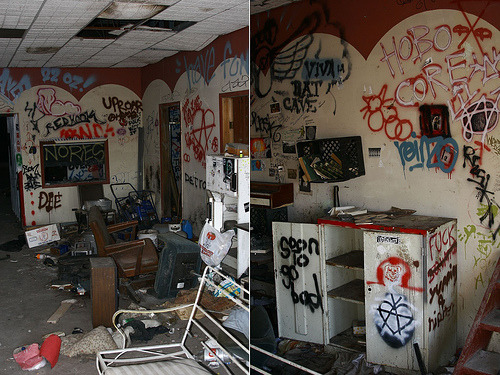 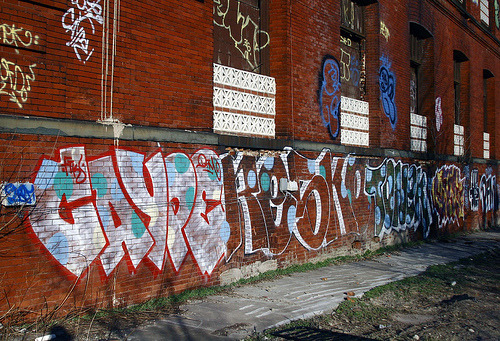 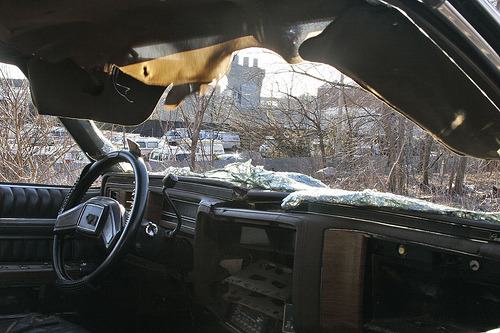 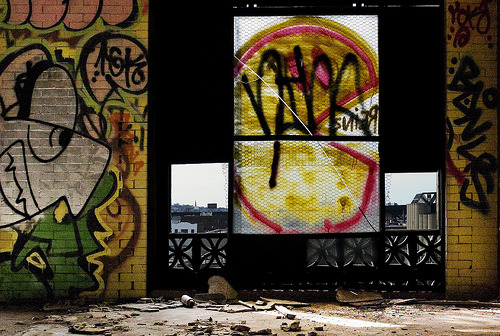 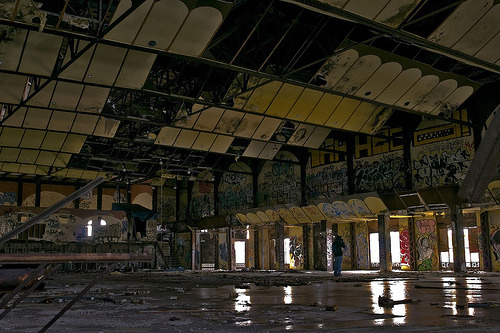 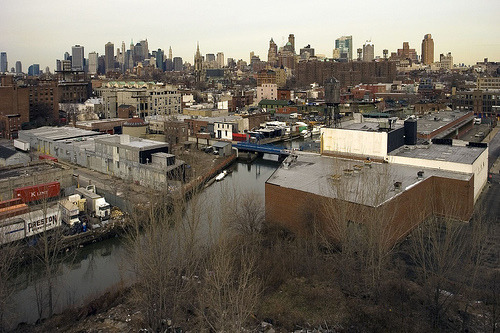 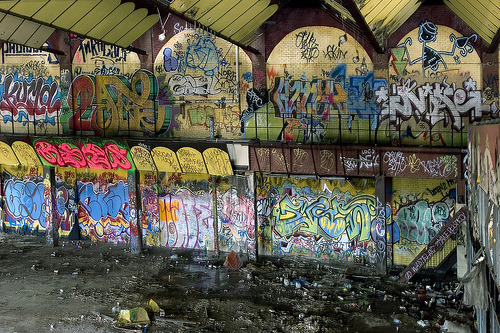 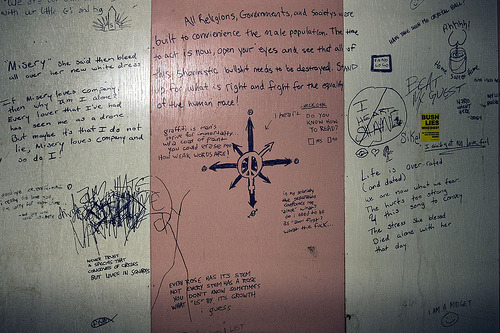 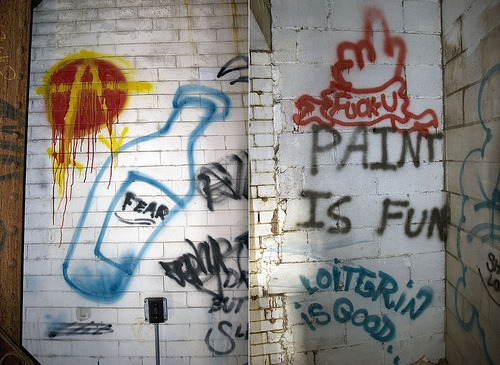 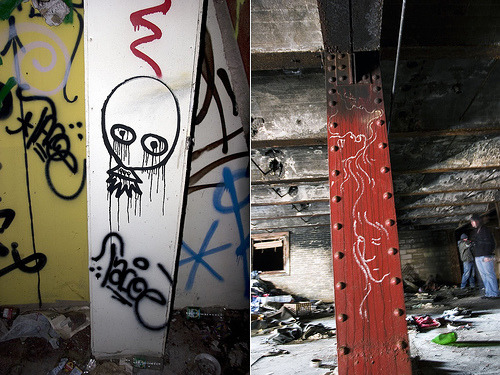 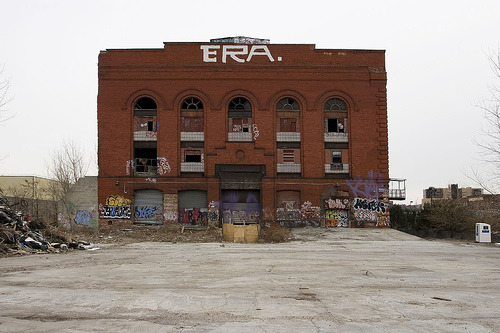