It would seem that my satirical review of the Rabbit Factory Revue show on Sunday fell short of it’s intentions. Yes, in fact I do have a large hand in Rabbit Factory (the other portion belonging to the Oliver Hardy to my Stan Laurel – John Ciba). And yes there were people from IMPOSE there. And yes, those of us that were there got hammered off of the free booze that was being handed out in the backstage area. And yes we have a show this weekend at the Yard that we are very excited about. And yes, we did cover the Ninjasonik, Death Set show because we like those bands. And yes, we also like King Khan, Dan Deacon and Vampire Weekend (well, most of us do anyway). But apparently, when you try to fit them all into a rant about hating everything hipsters love, you will confuse people (or offend people from other magazines). As one of the IMPOSE “staff” who did come to the show eloquently put it, “it just seems schizophrenic”.

To be clear, I just didn’t feel comfortable reviewing my own show, so I thought putting it in the form of a rant – something people familiar to my editors notes will tell you is commonplace – would be a fitting way to bring it up, run some photos, plug our big show at the Yard and feature some IMPOSE coverage that is, well, actually coverage. And while I still stick to my hatred of most people and companies who benefit from our independent community without actually returning the favor, the last thing I wanted to do was insult anyone involved with IMPOSE – all of whom give a lot back to this independent community regardless of/in addition to their contributions to IMPOSE. So in an attempt to try and redeem my Anton Newcombe-esque reputation, here is my best attempt at a non-conflicting of interest review.

Despite rumors that they’re weren’t many people there, it was confirmed by the fine folks at Jelly to be their biggest non-hipster event ever – they do a soul show every year and are also big supporters of what the Rabbit Factory is trying to accomplish by bringing back these legends – with over 3,000 in attendance.

Wiley And The Checkmates, Hermon Hitson, Ralph “Soul” Jackson and Roscoe Robinson are some of the best people I have ever been associated with in my short musical career, and if I’m lucky enough I will get to do a record with each of them. Until that time, we will be forced to keep bringing you their brilliance in person and giving you the opportunity to personally buy their music directly from them. In fact, in most cases they catalog and burn their own recordings for you to enjoy in their entirety (pretty damn indie if you ask me). So yeah, I love those guys and they blew me away again.

As for Ronnie Spector, what can I say? If her husband wasn’t there, I would be telling you how I found my Sugar Momma (we actually didn’t speak, so I guess that would make me a stalker). I have never been blown away by a “throw back” artist the way I was on Sunday (or earlier in the year when at Ponderosa Stomp). Her voice has not lost any of it’s bad-ass bravado, her songs just as indelible as they were the moment she laid them down in a studio so long ago… and is there anything sexier or tougher than a woman who got away from Phil Spector alive? Without a doubt “walking in the rain” is one of my favorite songs of all time and getting to see it in person was definitely a personal highlight. Watching her leave to a paparazzi farewell, with camera flashes popping as she walked to her car will be something I’ll never forget. 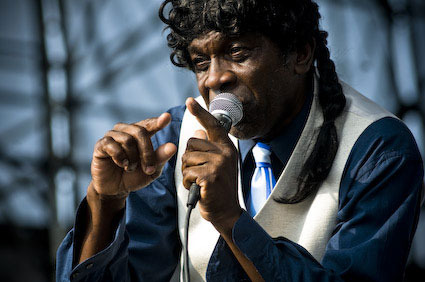 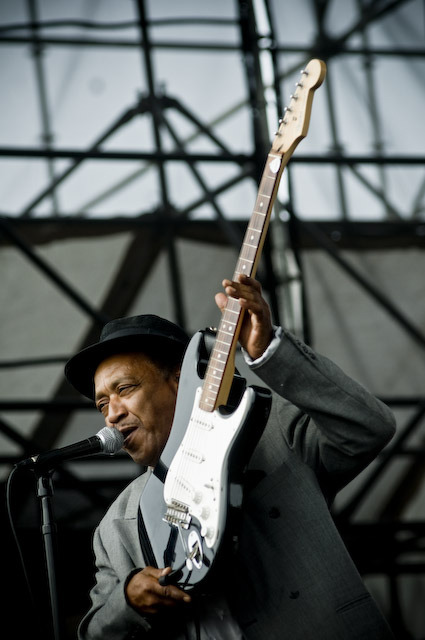 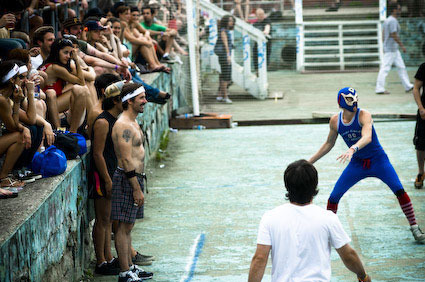 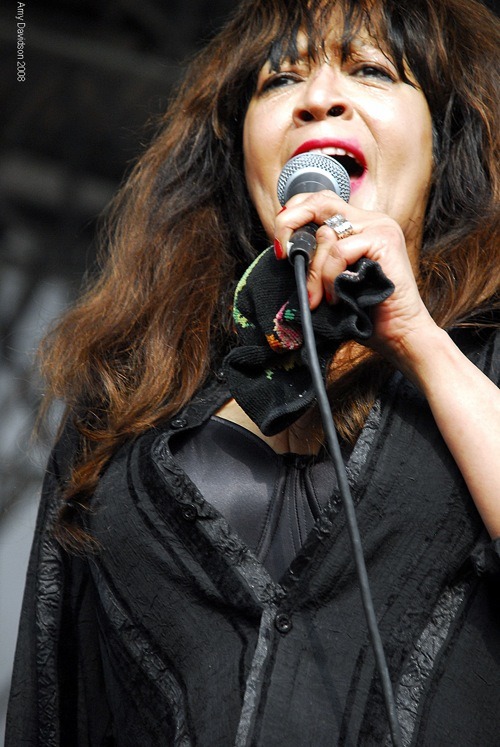 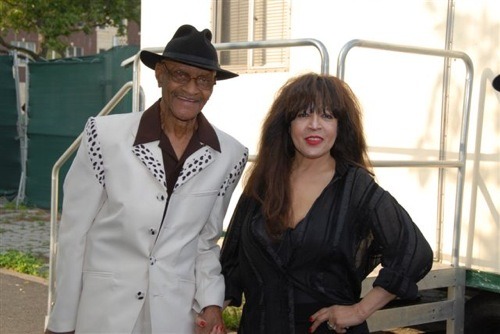