New York City may be one of the world’s cultural capitals, but for all it has to offer, one thing the region sorely lacks is a respectable outdoor music festival – an “open-air”, to use Brit-speak (so no, ATP doesn’t count). All Points West tried to fill the gap, ultimately retiring the idea after only two years, and Bamboozle and the Warped Fest exist to satisfy the emo-leanings of Long Island and New Jersey adolescents, but other than these, the tri-state area falls pitifully short. Enter the perfect excuse to hop a $20 Chinatown bus to Baltimore’s Virgin Mobile Festival, which concluded its fifth year this past Saturday.

Originally held at the Preakness horse-racing grounds (this writer fondly recalls a drunken afterparty in the stands with James Murphy in 2008), the festival moved last year to the Animal Collective-inspiring, Frank Gehry-designed Merriweather Post Pavilion, a stunning wooden amphitheater, connected by pathways through a forest to two other large temporary festival-specific stages. Another change introduced last year: the festival is free (the festival recommends a $5 donation to benefit homeless youth in exchange for a Rusko mix). In an age of $100+ general admission day passes for pretty much every major festival, this price-tag is more than a little noteworthy. And if you didn’t hear about the lineup this $0 bought you access to, get ready to kick yourself for not being one of the over 30,000 people in attendance for: Pavement, LCD Soundsystem, M.I.A., Matt and Kim, Ludacris, Sleigh Bells, Yeasayer, Thievery Corporation, Neon Indian, Joan Jett, Chromeo, Jimmy Eat World, and Dave Sitek’s Maximum Balloon (rapper T.I. was also scheduled to perform but had to cancel due to some parole-hearing business that kept him in Georgia.

Not surprisingly, the free tickets go fast, but $30 paid tickets and $125 VIP tickets that included all kinds of perks were still available day of show.

The weather cooperated with Indian Summer temps, and I arrived just in time to catch the end of the Jimmy Eat World set. They’re a band whose best songs came out over 10 years ago (thus the 1:30pm time-slot) but at least the band seems to realize this, and these songs still manage to amp the hell out of all the teenagers present, many of whom landed on my head. 10-piece ensemble Edward Sharpe and the Magnetic Zeros played next, with barefoot frontman Alex Ebert borrowing a parasol from the crowd.

Joan Jett was another act who stuck to the hits (and there’s plenty of ‘em). It sounded a little rehearsed (how could it not after this many years) but the material sounds as relevant and catchy as ever. Moving into the contemporary realm, it’s still completely surreal to see Brooklyn homies Matt and Kim play for thousands upon thousands of people, but this is what they do now, and they do it well (although I definitely overheard multiple 30-somethings complaining about their presence on the bill). There was a time a few years ago when Kim Schifino was crowd-shy even at Music Hall of Williamsburg sized venues, but those days are long gone, judging from the fact the she removed her bra during their set (Matt: “Kim’s taking her bra off. It’s going to be a crazy night!”) During backstage interviews before their set, Matt mentioned that Kim was probably listening to Ludacris on her headphones to warm up. If their set had been scheduled a bit later, Kim could’ve run over to the West Stage and warmed up with the live version, where Ludacris catered at dusk to a crowd that went positively ape-shit for his string of chart-toppers.

The timetable and the festival layout combined to make it possible, with a little hustle, to catch every single act on the bill, a feat impossible at say, Coachella and most other large festivals, so no difficult choices had to be made. In the “dance forest”, Sleigh Bells was nothing if not consistent, with a solid and energetic performance pretty much identical to their other five I’ve caught in the last few months, and Chromeo was his old schlocky yet entertaining self, leggy keyboard stands and all.

In an otherwise tightly-run ship, M.I.A. managed to be the only act to go on late – big surprise. Once onstage, she seemed not drunk at least – a good sign – and more like the M.I.A. we all loved back in 2008, as opposed to the nutty Twitter-rant////Y/-era M.I.A. we’ve lately become accustomed to. MIA reportedly crowd-surfed later in her set, saying “I’m high enough to do this now.”

Back at the main stage, seminal acts Pavement and LCD Soundsystem wrapped up the evening, playing back-to-back for nearly an hour and an half each, in perfect weather, at one of the nicest outdoor stages in the country — shows don’t really get better than this, let alone festivals, let alone free festivals. So, to you, 261st richest person in the world Sir Richard Branson (who unlike last year, did not parachute midday onto the roof of the pavilion): thank you. And since you’re already doing this thing in Australia, 2 locations in the UK (where it’s been known as V Fest since 1996) and multiple locations throughout Canada, next year why not add one in New York? The tri-state area will love you. 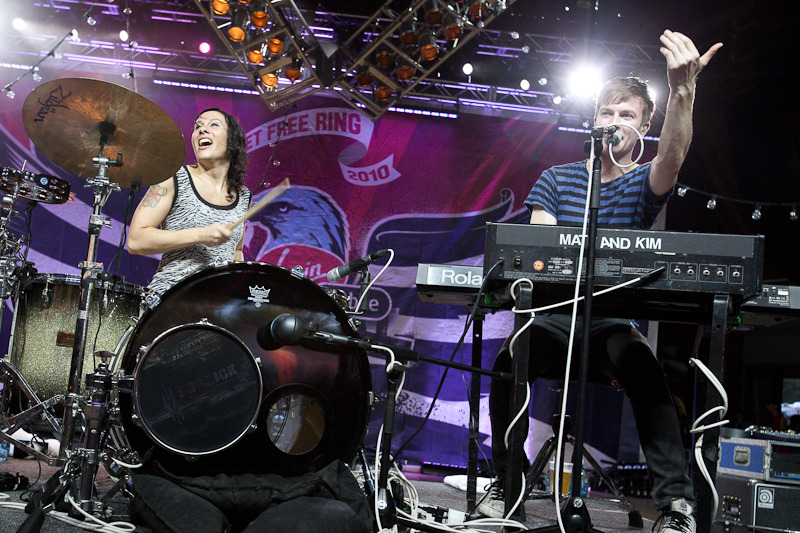 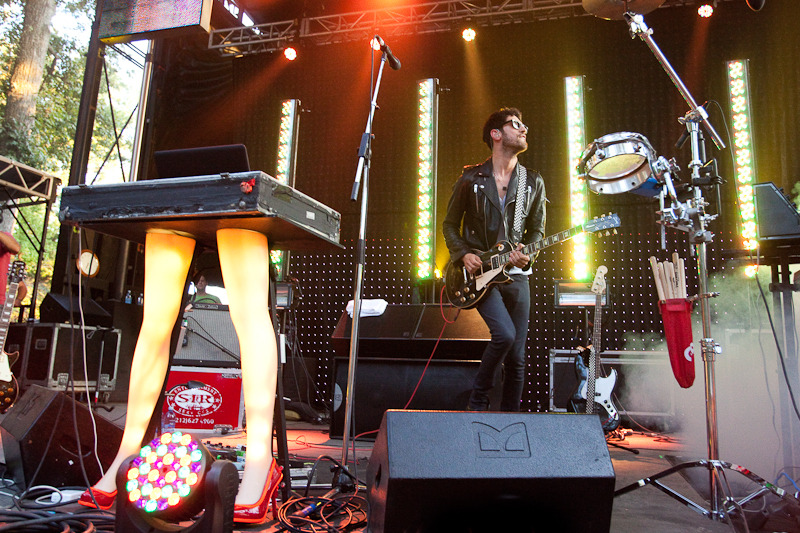 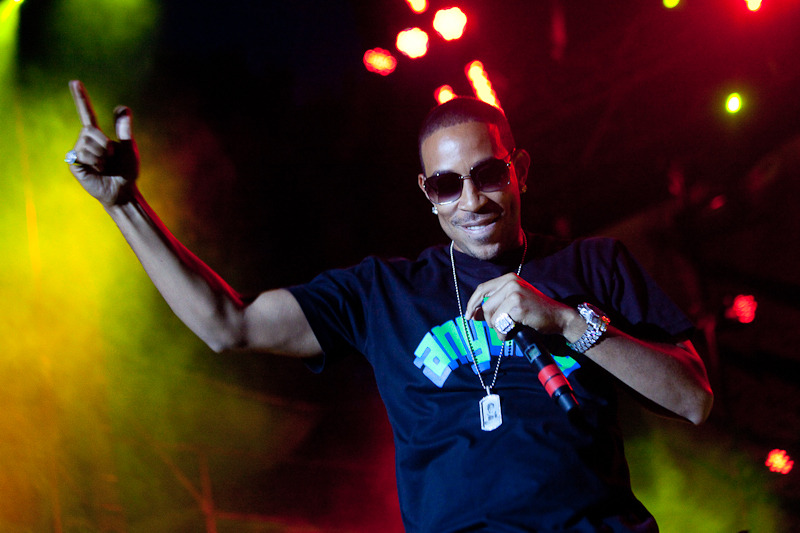 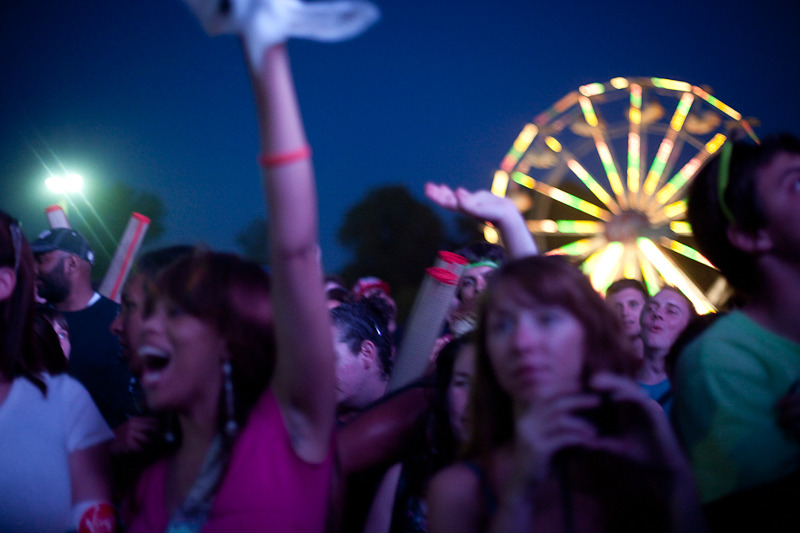 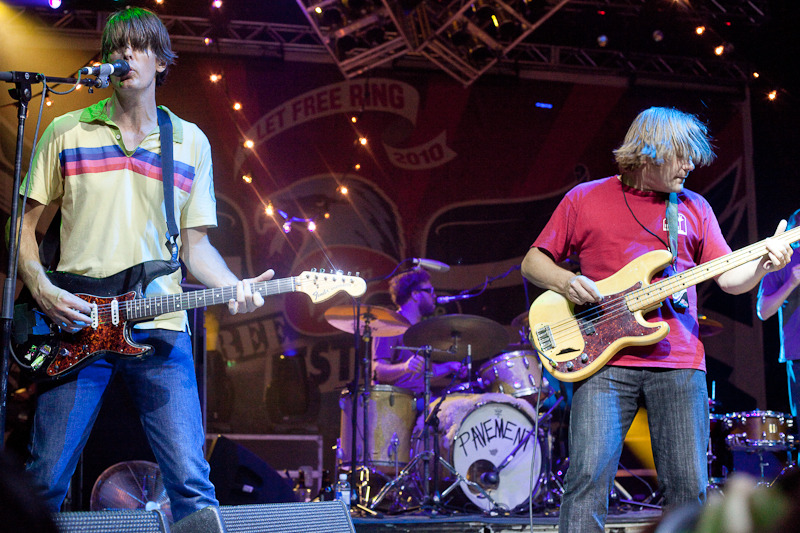 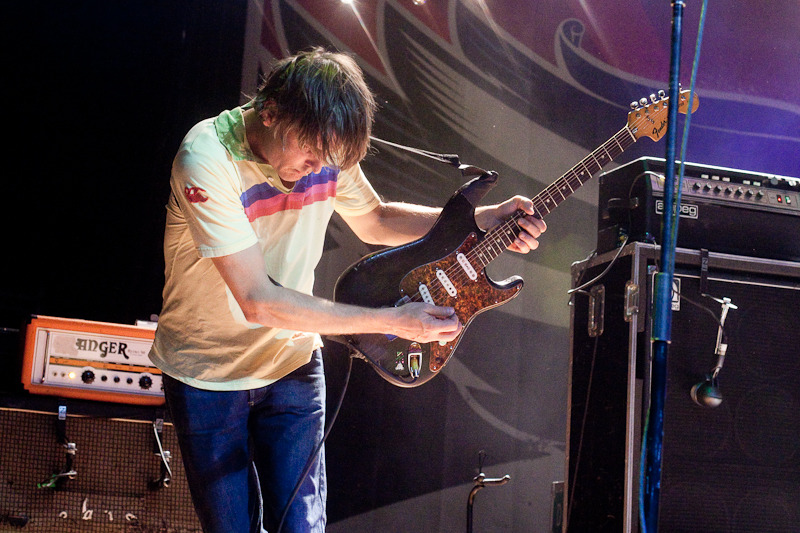 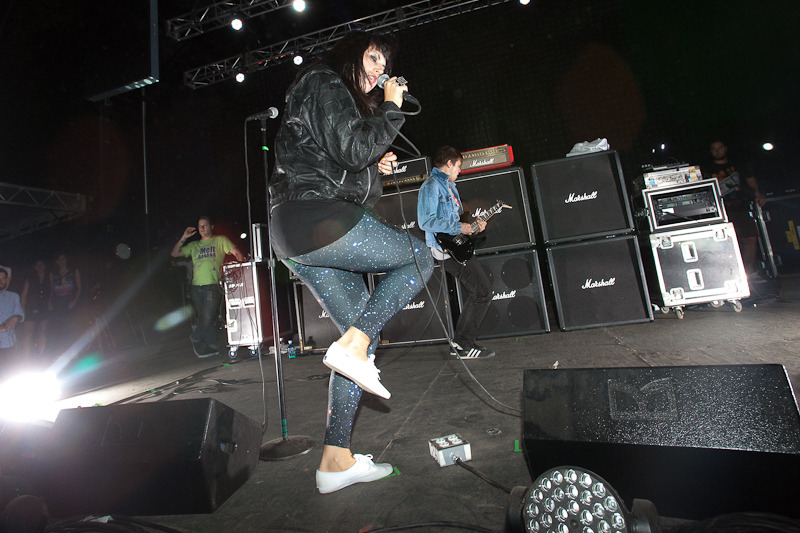 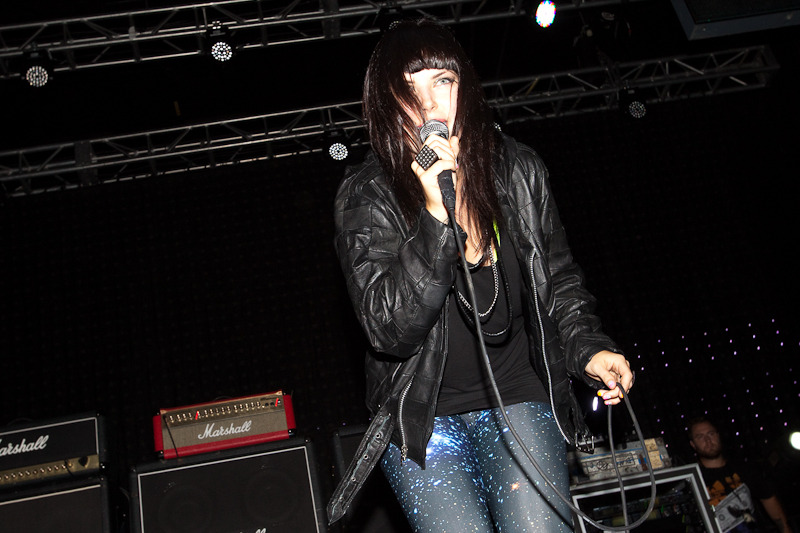 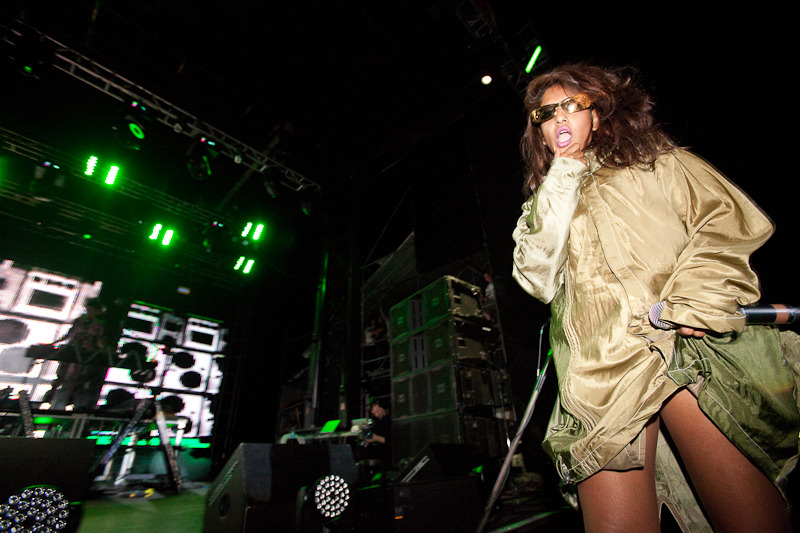 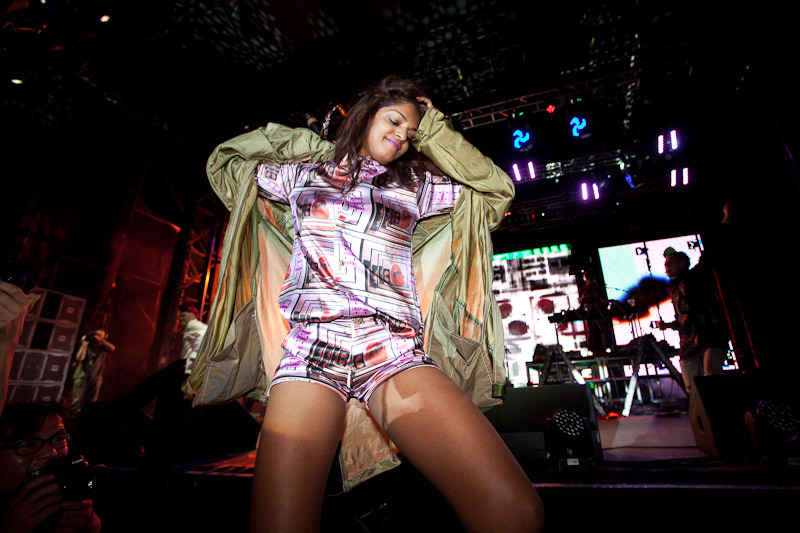 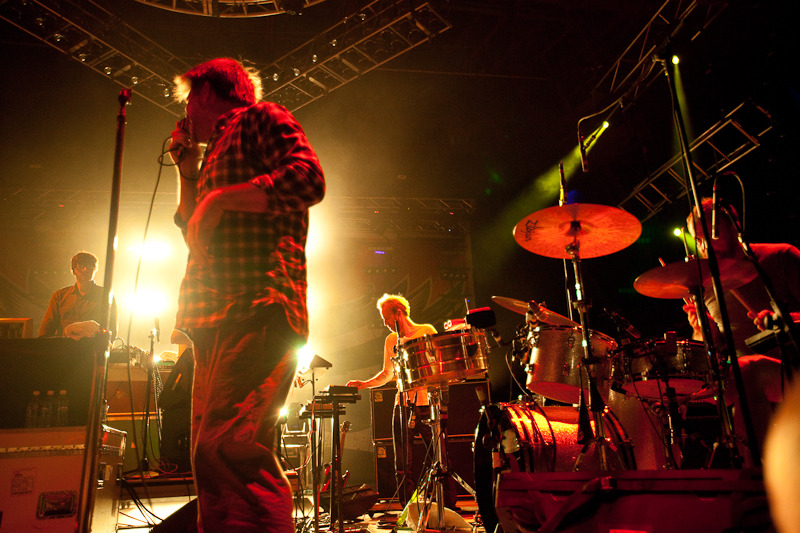 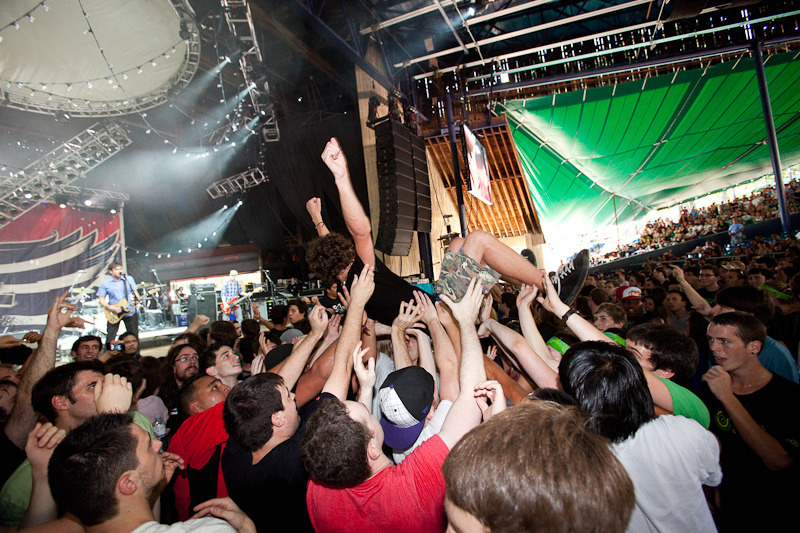 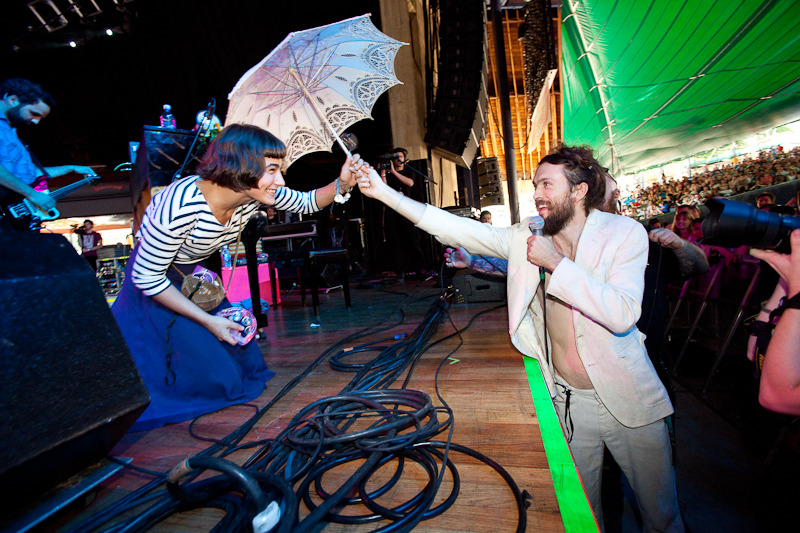 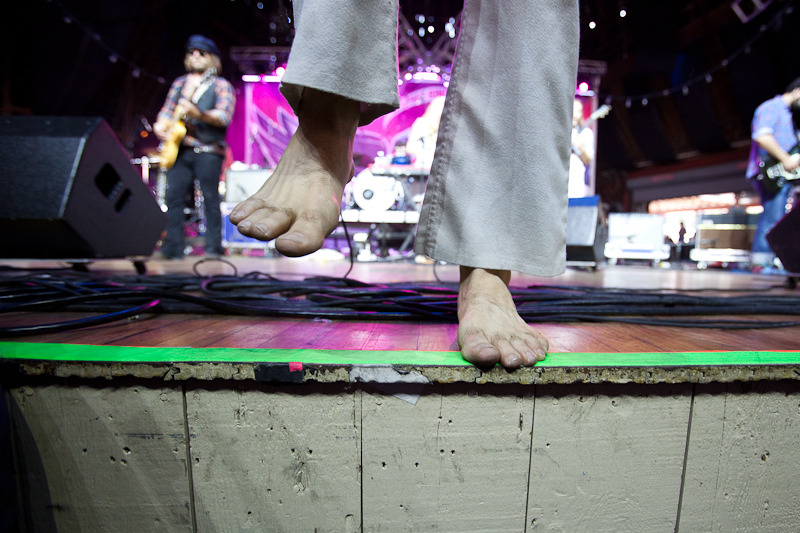 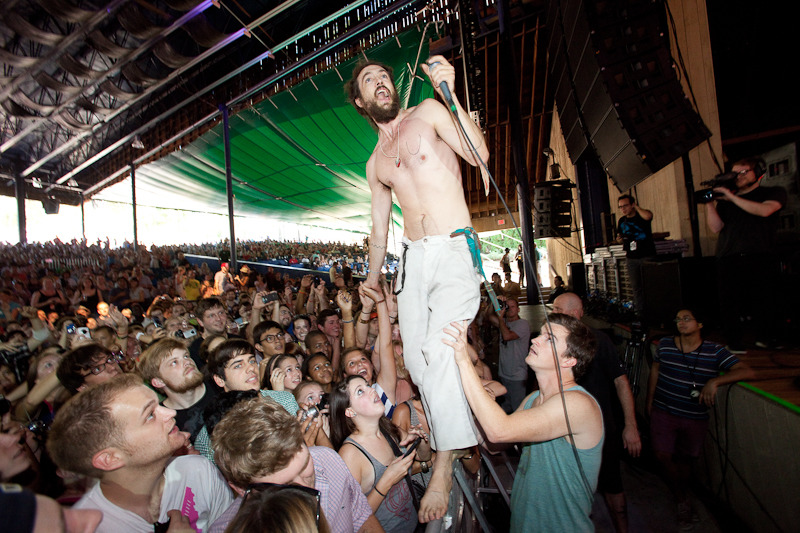 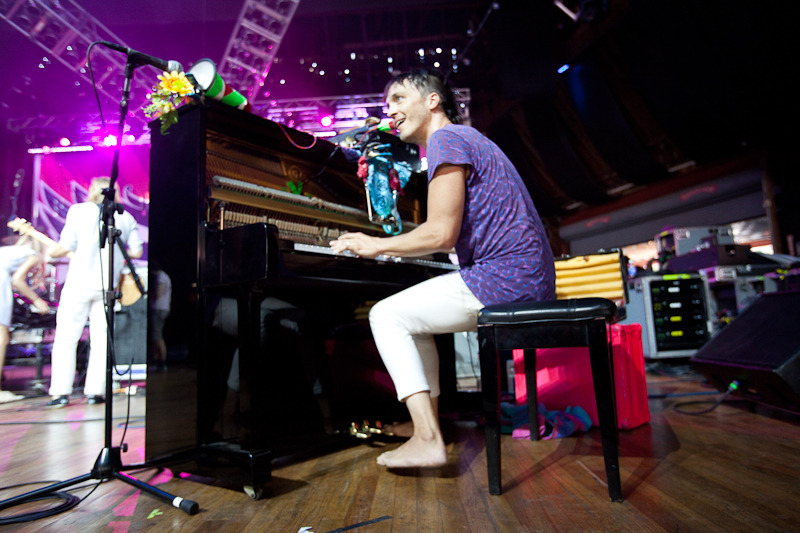 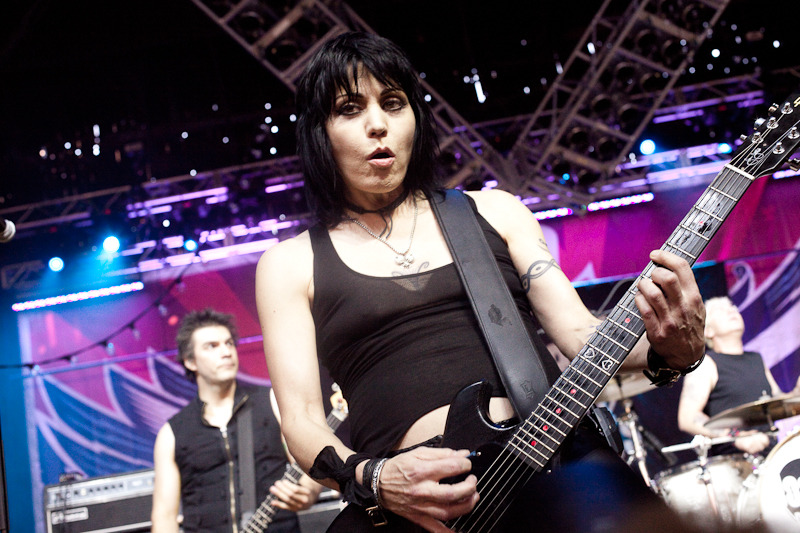 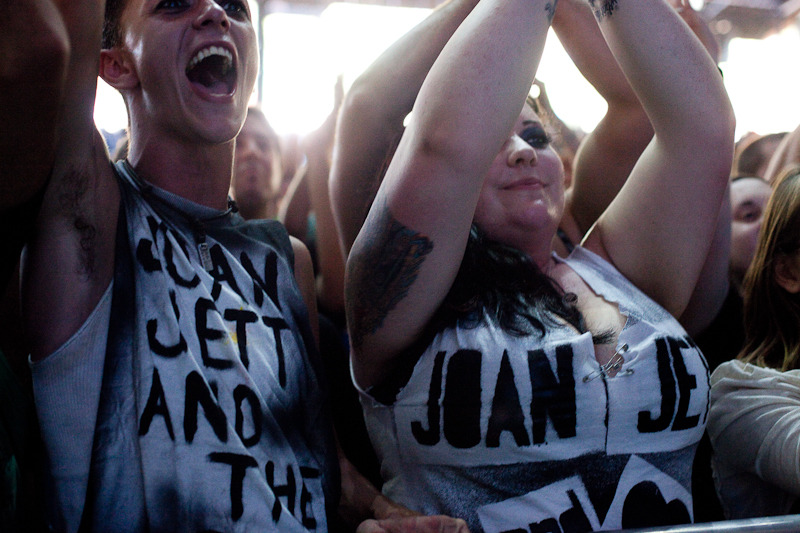 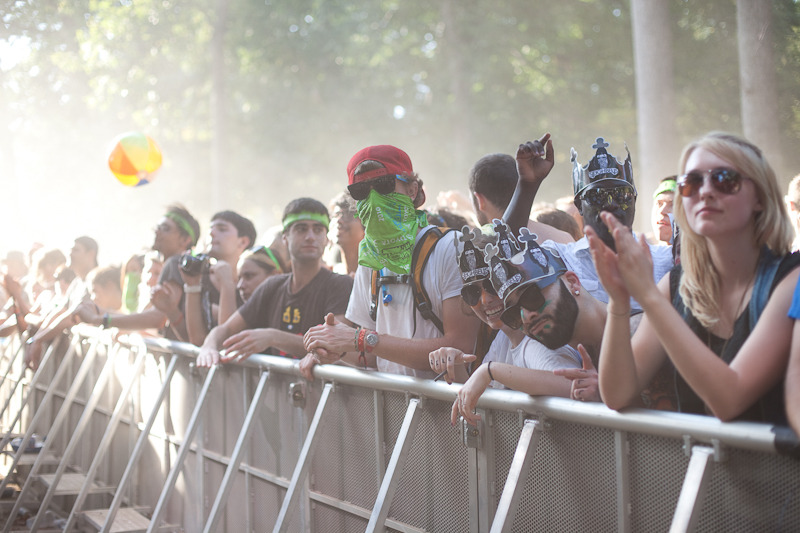 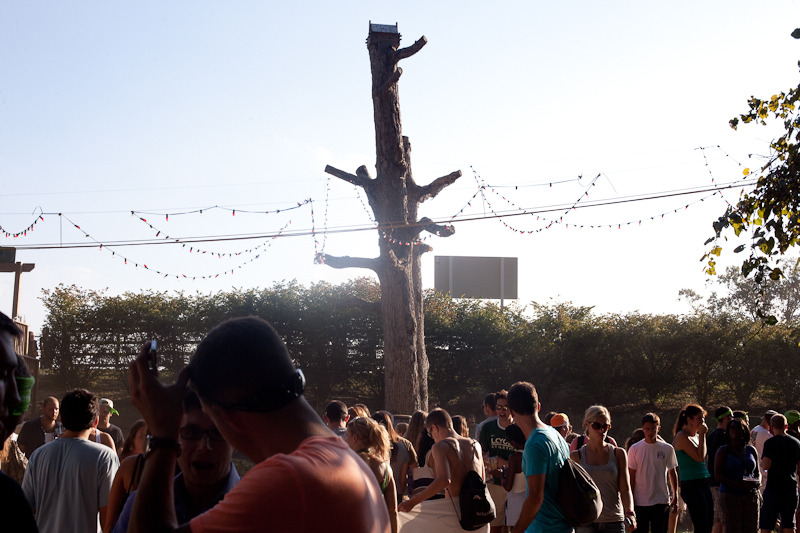 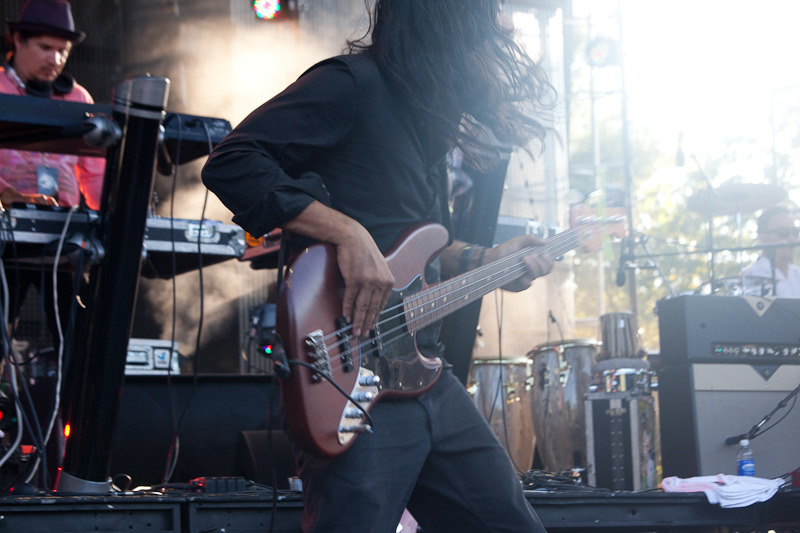 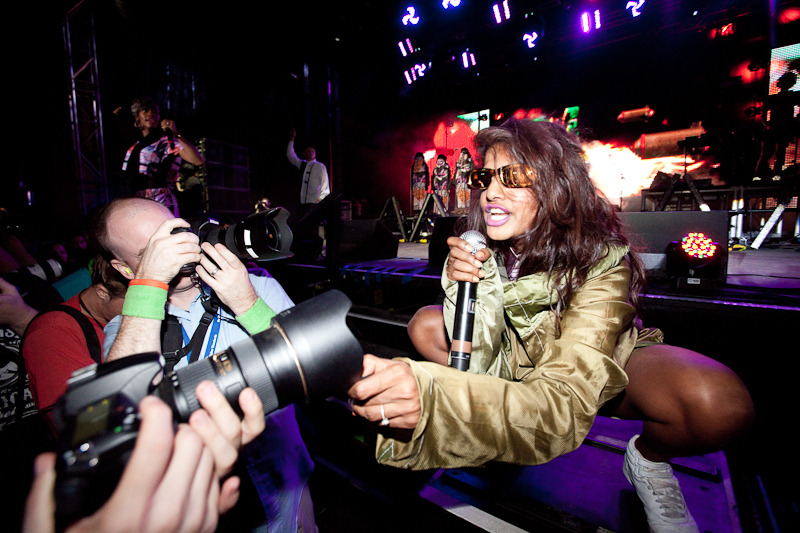