The first day of the Wham City curated festival. Featuring Matmos, Ultimate Reality, Mark Hosler, giant projections, and all your favorite hits from the 70s, 80s and 90s.

Whartscape is Baltimore’s big, annual Wham City-run music festival that coincides with the much cheesier, more lucrative Artscape street festival, one which dubs itself “the country’s largest free public arts festival.” We arrived at Whartscape’s first night (of four) at the Charles Theater, where three guys calling themselves Ben Heresy dressed in neon and pantyhose-based cat masks danced in the style of Haddaway in “What Is Love” to a medley of 80s and 90s dance hits (that included “What Is Love”), except replace Haddaway with chunky, bearded guys. Yes, we feared for their hamstrings, but it remained as precious as dogs humping their owners’ legs, or little kids picking their noses: inappropriate, still amusing. It was probably a “where do we put these guys?” moment for the Whartscape curators, because the rest of the night followed roughly along the lines of percussive, electronic based acts. Very roughly. Blue Leader, the tall man dressed ready for video game combat, spouted elegiac odes to domination and rage through the language of video games: “Oh you blistering, speedy jointed thumb master, you’ve swept me off my standing yet again and now I am at your mercy!”, (more on that one later), and there was a trip to the lecture hall in Mark Hosler’s “Adventures In Illegal Art”, in which the driving force behind Negativland recounted some of the defining moments of his copyright-infringing, media-messing experiences in the 80s, (have you seen this record cover?), the highlight of which was probably his airing of the not-to-be-screened in public mash-up of Casey Kasem’s off-air rant spliced in with Negativland’s mocking interpretation of “I Still Haven’t Found What I’m Looking For”.

Ultimately, the main player in the night’s performances was the venue itself: the luxury of a huge screen for a lineup of musicians with projections, and the novelty as a show-goer of sitting in a quiet auditorium to view seven hours of performance. It was a novelty that echoes back to the earliest notions of rock concerts and dance halls- take the seats out of the place and let the audience run free. Now that we’ve had the liberty for a few decades, and now that breaking the fourth wall is as quotidian as octave bass lines, it was novel to recluse back into one’s cushioned seats to take a night of esoteric electronics and percussion, doubled with equally challenging video projections, sitting down. Ultimate Reality and Matmos, easily the two biggest draws for the evening, both benefited immensely from the massive screen, which was big enough to encompass even peripheral vision, and the hypnotic visuals (the former based in psychedelia and cultural appropriations and the latter in a more minimalist pattern aesthetic) moved from accompaniment to main attraction.

But the strangest and most challenging set of the night was Nautical Almanac’s. While that band has survived a decade and a half of existence (says its website), in its latest incarnation, the duo performed behind a massive sheet with projections shooting from onstage, behind them. This left the audience with vague silhouettes of the performers and outlines of tree branches and refracting light to accompany electronic belches, crickets, hums, wheezes: it was like the guttural ticking of some handmade artificial intelligence slowly being summoned then, as the set closed with sounds emerging from inside the performers’ throats, being put to rest with something uncomfortably and intimately human. 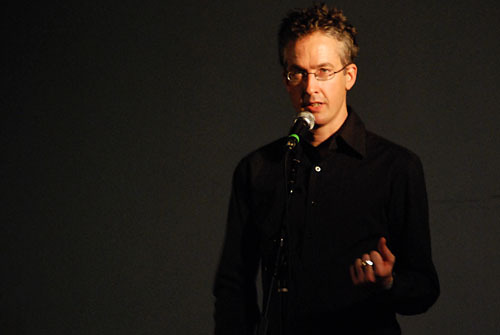 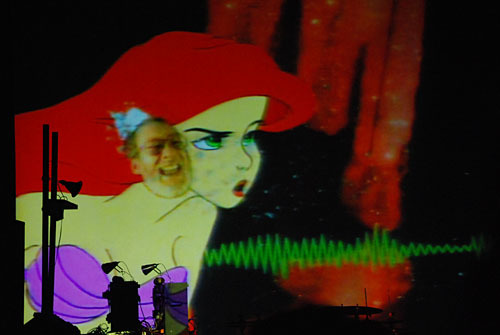 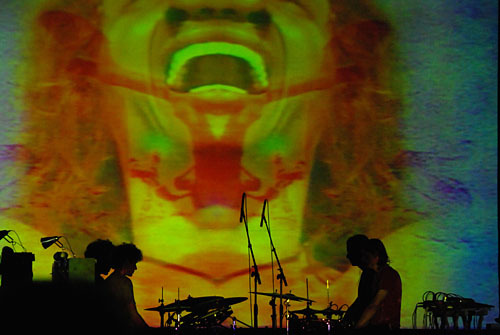 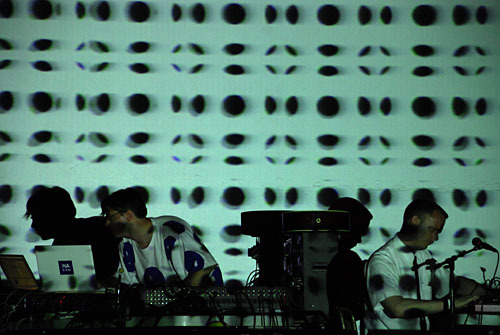 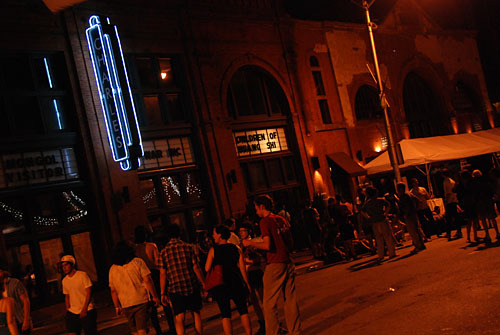 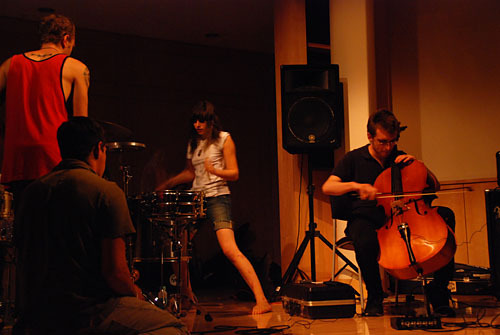 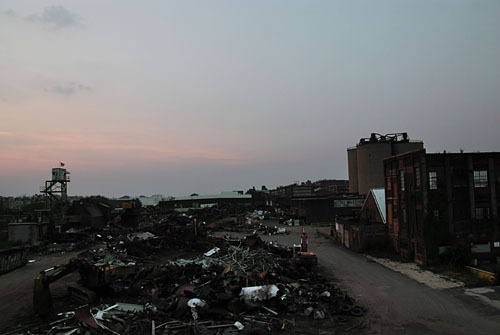 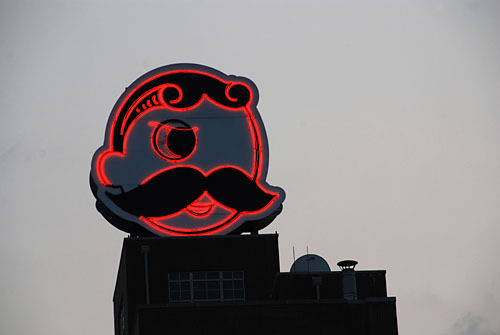 " moment for the Whartscape curators, because the rest... 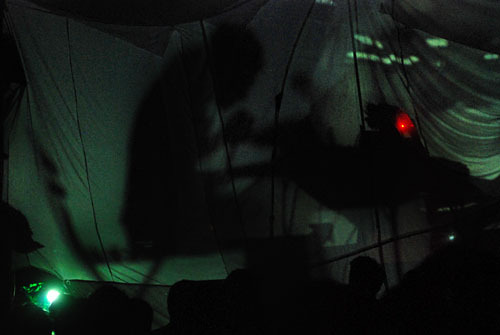