From adaptations of The Little Mermaid to Beach House, Connor Kizer back in his Hobbes getup, and Dan Deacon the utilities manager.

Much like Whartscape’s first night, day two ran along a rough theme, this time of something approximating folk, under the austere vaulted arches of a deteriorating church at 2640 St. Paul Ave. In that sense, Lesser Gonzalez Alvarez might have served as a fulcrum around which the set list swung (loosely). This meant an appearance by Wham City stalwarts Santa Dads in all their swaggering, tiger-costumed beat-boxing, ukelele-thrashing (theirs is shaped like a Telecaster) bravado. It also meant the delicate guitar threadings and milky voice of Matteah Baim, the Dylanesque looping of Andy Abelow, and Jana Hunter, the former singer-song writer, now backed with full band.

But the oddities and extras crammed in the wings gave the night its body: Eagle Ager was a sort of neutered theater of the absurd, bereft of meaningful dialogue, a cast of characters dressed in layers of garbage and noisy colors wandering the length of the church, one showing the audience his dirty palms, another muttering inconsolably, a third squatting like a frog and coming on to a fourth, all spreading a massive chest of garbage-props (from which they all emerged) across the church floor. End scene.

Golden Age required Dan Deacon to request a room of a few hundred people to “go outside if you want to talk”. Organized by members of More Dogs, it featured wind instruments, strings, auxiliary percussion, a team of vocalists, and a very soft-heeled approach to sweet, delicately arranged Americana.

[A Murmured Tale, an adaptation of The Little Mermaid, which describes its concept on its website: In this performance, the audience witnesses the formation and subsequent breakdown of the performance arena. It is through the collective experience of viewing the construction and destruction of this fantasy world that the play develops a life of its own. The show, rather than merely reproducing a semblance of reality becomes an organism whose life cycle is experienced in each staging of the production. What usually takes place in the background of a production is transparent in this work; the stagehands are as vital as the actors.]

[When we visited Baltimore earlier in the year, younger musicians described Arbouretum as an older band that represented a generation one step moved from those acts gaining wider national recognition. I wouldn’t know if it’s significant that they’re a part of a Wham City event, but their slow-burn roots rock carried extra weight performed beneath a stain glass window.]

[This was the first time I’d seen Beach House since they’d told us a few months ago about their plans to tour with a percussionist. The audition added a subtle, organic layer over their backing tracks.]

[Videographer and projectionist Mark Brown noted that this atrocity of public art cost the city a bundle… and to what end? Penis jokes, obviously.]

[Baltimore, the Greatest City in America.]

[Artscape, giving you a table cloth and some shade for that nasty breakup you’ve been planning.] 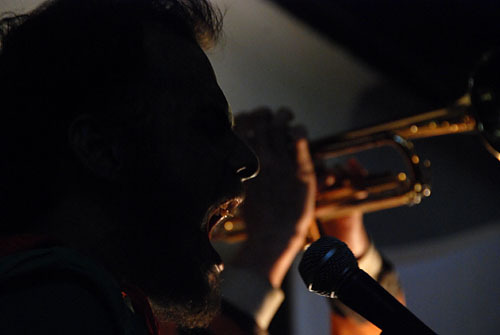 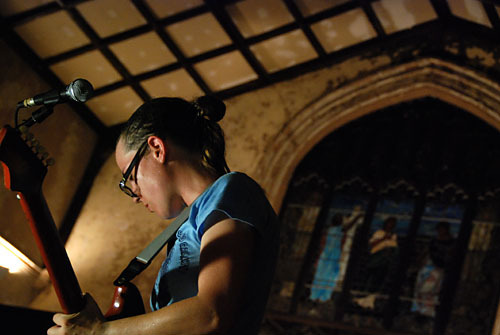 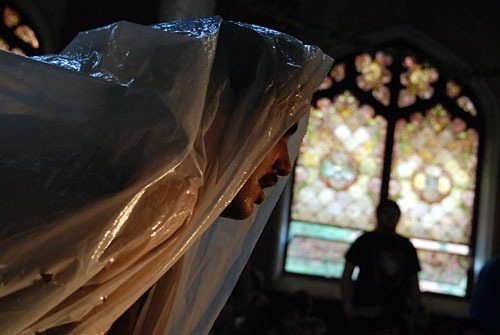 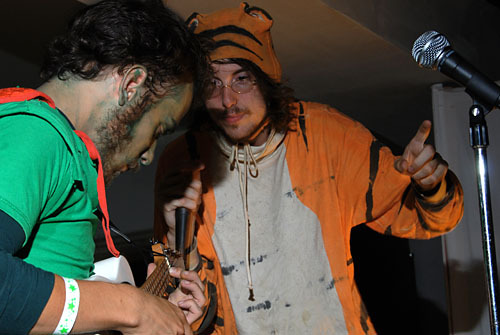 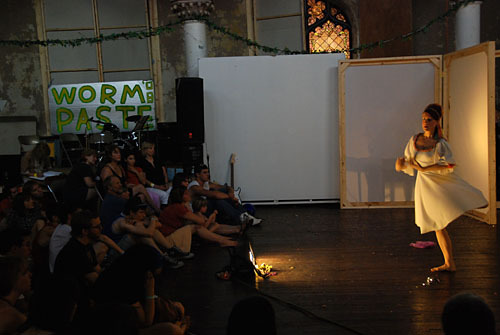 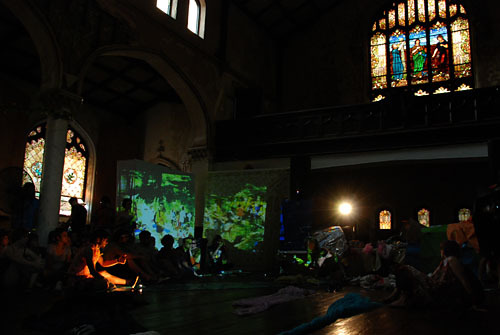 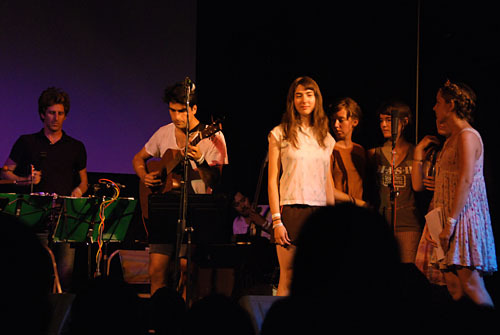 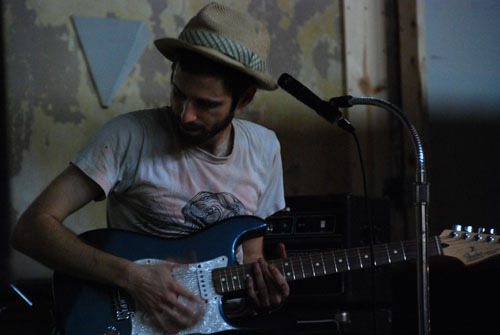 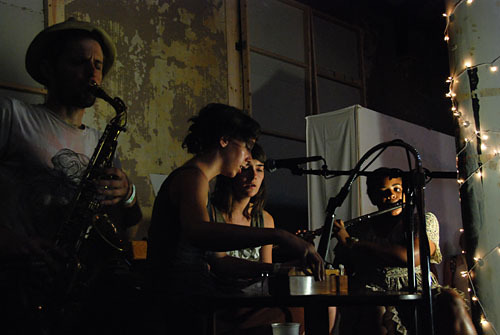 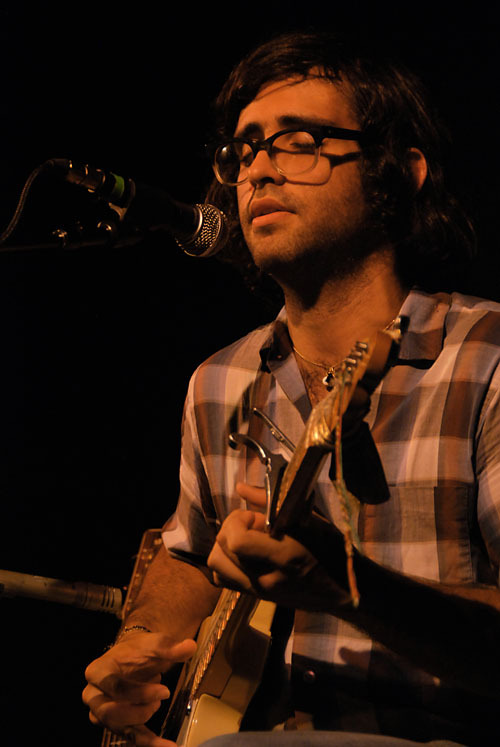 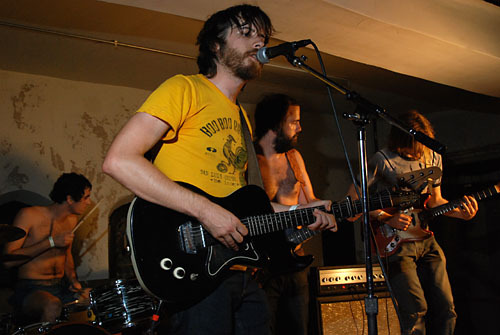 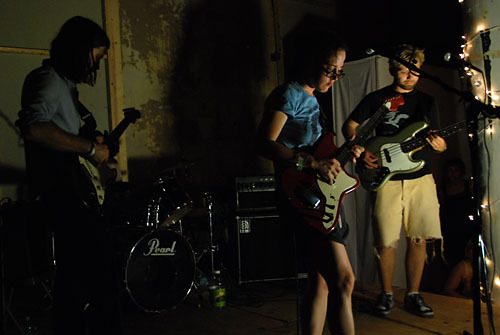 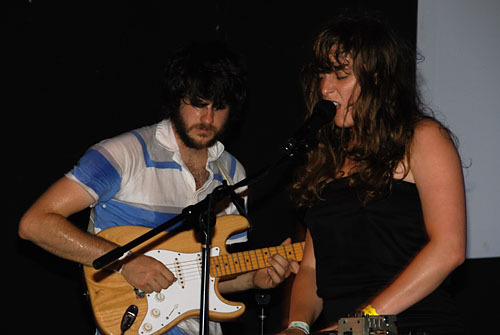 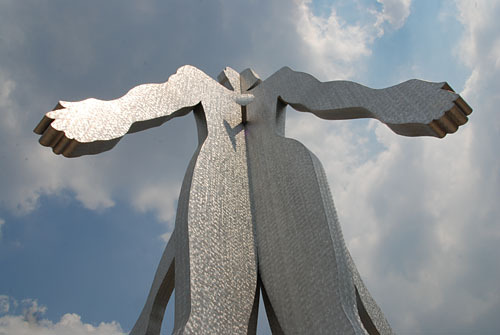 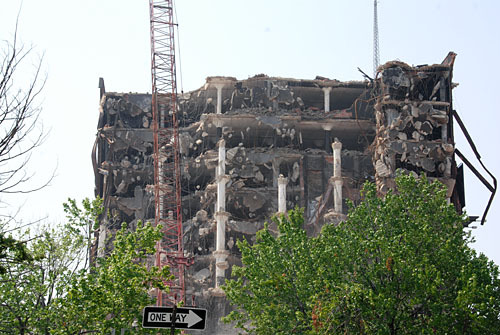 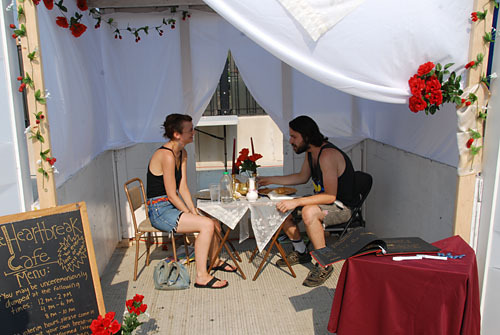 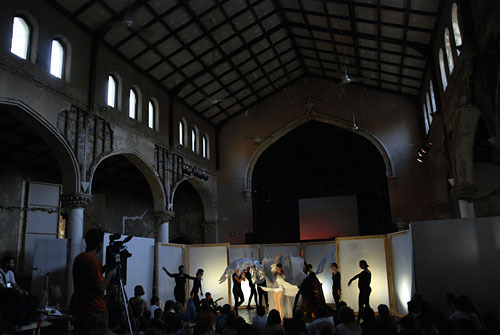