Throngs of young, hot and amply tattooed revelers ascended to the Mezzanine for some Good ol’ Friday fashioned debauchery. For Whitey it was a mere 40-minute flash in the pan of their West Coast/North American invasion. For San Franciscans, it was a precious window opening onto dirty, jagged abandon. Tongues flickered, devil horns of appreciation flew, hair jostled in front of eyes, while bodies tweaked and twitched epileptically. Oh, and the Easter Bunny showed up with his date, the Raccoon (refer to above documentation).

Openers Home Video wet the audience with rhythmic tin riffs, washy drones & synth samples, and locomotive percussion. For a trio, their sound was robust without losing crevice-dwelling textures- a contained and coordinated sound in sharp contrast to their bill-sake.

On many songs, the drummer opted for the synthpad bass-drum and snare while chopping quotients on the high-hat, and I may have heard an old school Casio cow-bell in there too. Moaning manatee vocals floated above and yet remained tethered somewhere within. “Where you from?” asked audience. “We’re from New York” replied band. “Yay” answered audience. “Was that for us or for New York?” The question lingered. While they were appreciative, it was apparent that the audience’s loyalties lay elsewhere.

When Whitey exploded out, they immediately collapsed that irreconcilable half-moon between stage and crowd. At least ten people popped and chased pills and another ten began licking each other. The Easter Bunny began sodomizing the Raccoon to cheers. The guitar cut with a rusty knife, the bass dropped heavy and relentless, the synth sirens alarmed, and the drums banged some straight-up nasty, both hands clanking in unison. Whitey remained cool as fuck, more or less motionless, cigarette adorned (a felony in California) taunting and sculpted in sovereignty while his sidemen pole-danced their instruments around him.

The audience lapped it up: “We love you. We fucking love you Whitey.” “Was that the rabbit?” (Whitey loved the rabbit). The band indulged, ever so glamorously, and their flashy stage antics fit for a stadium proved their rock-star efficacy beyond a doubt. But before we knew it, the 40 minutes of blind passion had ended, answering definitively the ambiguous: 12:00-??? on the bill. The crowd stopped licking each other and started chanting “More, more, we want more, etc.” They received nothing more than lingering feedback. Maybe that’s because someone stole his cigarettes. It bet it was the fucking rabbit. 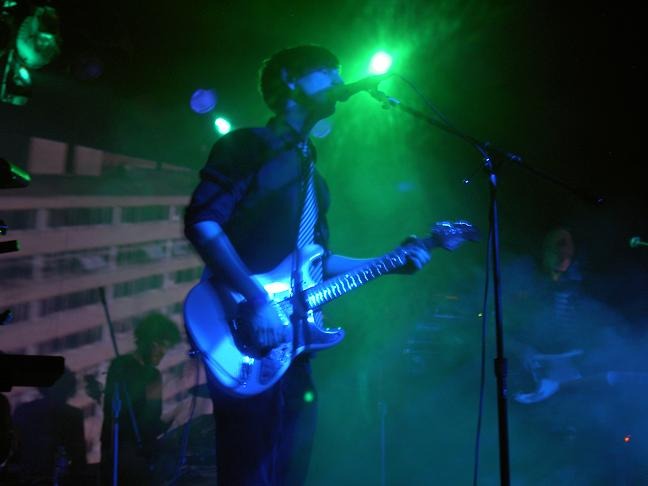 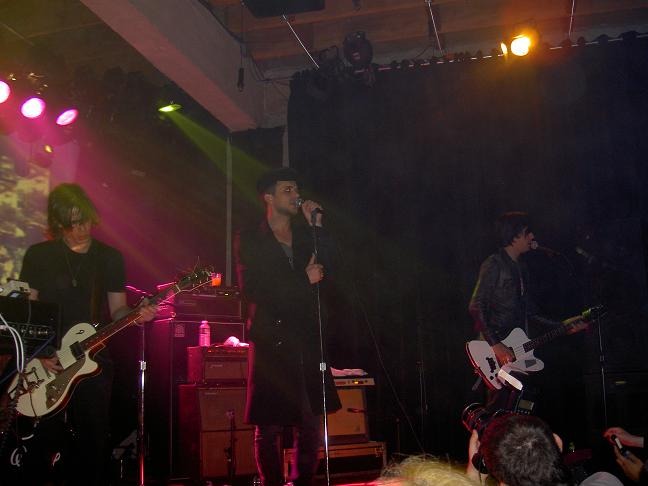 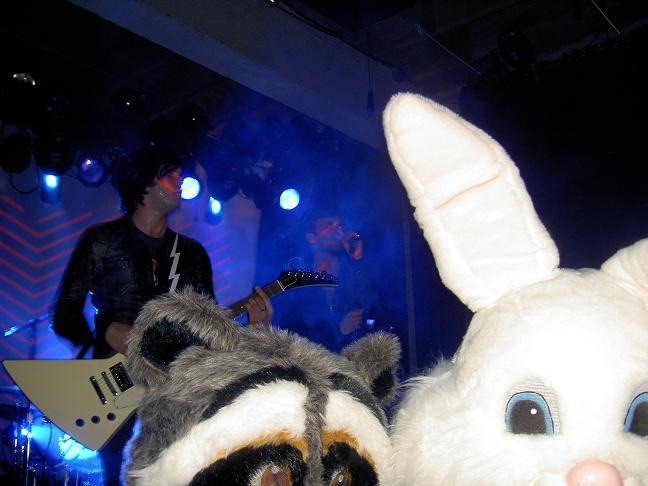