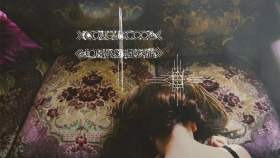 I've never met Dan Svizeny, the Philly-based axe wielder behind the Cough Cool moniker, but I'm certain that I can describe him in two words: mad scientist. It's a vital character class within the new underground guard that's emerged from hotboxed bedrooms from all over the world whether in the form of Hypnagogic nostalgia trips a la Speculator or sunburnt dub prayers via Sun Araw. A relentless method, prolific output, and quasi-hermetic presence are all tell-tale signs, emphasizing an experimental creative persona more than a specific sound, one that's always at work, always honing in on a vision whose sum is greater than the individual works.

Since tapes started floating around in 2009, Cough Cool's ongoing experiment has been synthesizing his daydreams of shoegazing at our all-knowing indie forefathers into the 21st century slacker's tape collection, always joyfully devoid of that exact pretense. It's as though one foot is in the 90s, another in the now, and that you shouldn't even be looking at his feet; his authentic effortlessness stays in the driver's seat. The lazy repetitions of guitar crunch, wandering solos, and intimate arrangements all amount to a modern revival of an old mood: driving through suburban highways with Painful playing through my busted car stereo.

If it's worrisome that I'm talking about Cough Cool's output in terms of an entire discography instead of this split tape, it's because of the best and worst aspect of this set: not much has changed. Fans of the earlier cassettes or even the recent full-length Lately won't have much to be surprised about, the greatest successes are of refining the palette, trimming the fat, and ditching the calling cards subtly and strategically to advance the songwriting. The most stunning track, the closer “Disney Again”, is a perfect example: the aggressive coat of shitgaze coloring characteristic of Buy Some Dust is absent, replaced with a chugging chorus guitar and exposed hushes of vocals that animate an unexpectedly poignant scene. Fuck slacker imagery, it's just pure and pretty lonely pop magic.

And just after Dan's finished toiling away in his secret laboratory, Marseille's Johnny Hawaii is just beginning his research. His side in the split proves a weird foil, spiritually close but across the globe as the west coast to Cough Cool's east (the metaphor is kind of lost IRL because Johnny's from France, but you catch my drift). Svizeny's victories were mostly earned in restraint, but Hawaii's most appealing moments are delivered in expansive repetition. Even during short playing times, the horizons seem to stretch out infinitely amidst the Beach Boys samples and waves of surf guitar glow. In many ways, it's an endearing caricature, but occasionally the charm wears thin during a half hour of solar overexposure. By the time “Wave Goodbye” rolls around and the 100th pet sound tolls, the campy beach vibe loses steam and grows a little tedious. However, “Smurf's Up” proves a strong finish, it's concentrated tension-and-release retains the relaxing vastness of the previous grooves while giving a purpose, some momentum, and a hope that –much like side A's thriving veteran– Hawaii could polish his aesthetic into something more substantial.