Dabbla, Year Of The Monkey 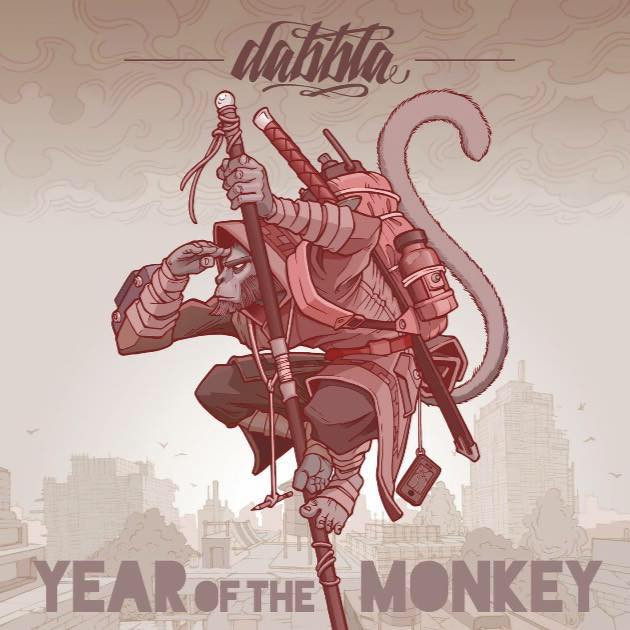 British hip hop/dubstep/grime/rap artist Dabbla isn’t known for holding back. His sound is groundbreaking, and we’re big fans at IMPOSE. His latest album – Year Of The Monkey – is out now. Here’s the lowdown.

The album starts off on a slow note – almost creepy, honestly – as the background music leans more toward the sounds of a small child’s toy. That is, until Dabbla’s voice comes in on the track. Now, we’ve thrown it into something completely different. And it’s alarmingly good.

That’s how the entire album is, in fact. Almost every song is upbeat, with lyrics intricately woven into the beats. We would almost suggest that it’s an experimental album, but it’s not an experiment when the artist is known for breaking the mold with their sound. The tempo does swap up a little bit on “PterdactILL”, beginning with a guitar riff that fans of Hendrix will go silent for. But eventually it rolls back into a track with a mean bass and crazy dance potential. Best line from that track? “Probably be remembered as the biggest prick in history.” We’re big time fans of “Randeer” for the sole purpose that its beat is charming as all hell. There are so many pertinent references in the track, we can’t even keep count. It’s amazing.

“Penis For The Day” starts out with a little spoken narrative, the first lyrics being, “I wish I could give you my penis for the day / And you’ll finally realize what a great guy you’re with.” So this is a song about understanding and inclusion. Ah, we were definitely misled by the title. (But who wouldn’t be?) As for “Stupid”, the tempo reminds us a bit of Busta Rhymes’ part in Chris Brown’s “Look At Me Now”.

But he doesn’t do it all alone, either. Dabbla has brought in some help from the outside on tracks like “Spin (Cobes), “Get It” (Ocean Wisdom), “Psychoville” (Graziella), and “Vomit” (Jam Baxter). We’re particularly partial to the interesting, light, elevator-meets-elegant affair music that backs up the vocals on “Psychoville”.

Another album highlight would be the song “Super Happy”, which begins with an upbeat, surf rock track and heads into references to orgasms, McCauley Culkin, “a couple dozen grams”, and other “shit that makes [him] happy.” “Life Line” rounds out the 17 track album with personal anecdotes of Dabbla’s personal life. It’s vivid, a fun look back on some of his fondest memories. We think he deserves a pretty substantial memory montage after the slaying he did in the previous 16 tracks, so we’re happy to oblige.

Especially since the beat is so smooth.

Year Of The Monkey is out now.