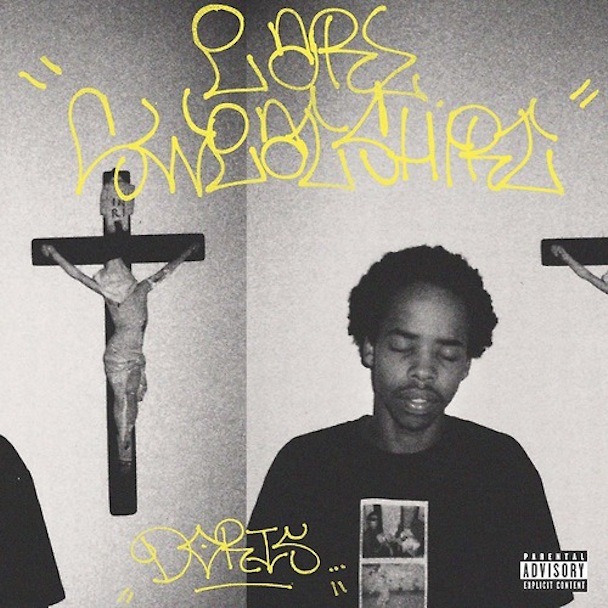 Possessing of the je ne c'est quoi, Earl Sweatshirt's “EARL” arrived when memorizing a rapper's verse or song wasn't difficult nor much worth the brain cells. To some (like Passion of the Weiss) 2009's high rap water mark was Jay Electronica's “Exibit C” (possibly setting the tone for a return to lyricism) to others like Pitchfork it was Big Boi's summer anthem in “Shine Blockas” with Gucci Mane on the hook. XXL's Freshman class of 2010 consisted of Wale, Charles Hamilton, B.O.B. and Asher Roth – no comment needed. A year later on Passion of the Weiss, Earl Sweatshirt sat at #33, Tyler the Creator's “Bastard” at #13, and Yelawolf was the year's best song with “Looking For Alien Love”. Over at Pitchfork Big Boi repeated on “Shutterbug” and the effort to lift Kanye on the wings of an exorbent My Beautiful Dark Twisted Fantasy review to the upper echelon of cultural icon was in full swing. In 2010 XXL's Freshman class had possibly its strongest selection ever in Big Sean, J. Cole, Wiz Khalifa, and Freddie Gibbs.

I cite this history not to call out various websites for their blunders in year-end assessment (in '09 we championed Gucci Mane and Gibbs, while my 2010 Rapper of the Year honors went to Curren$y), but to illustrate how unprepared we all must have been for Earl Sweatshirt. Somehow, despite the controversy and excitement a smart-mouthed 15 year old rhyme-animal incited across the blogs – remember when 2DopeBoyz addressed why they refuse to post “Yonkers” – Earl Sweatshirt's debut didn't measure up in 2010. Pitchfork's breakdown of Odd Future mixtapes lauded Bastard as the masterpiece and EARL as the “great, short distillation of the Odd Future aesthetic” – all claims made prior to Complex cracking the Earl amber alert wide open.

With the backstory well in play it complicates one's early assumptions about Earl Sweatshirt's official debut Doris. Appearances on posse cut “Oldie”, Captain Murphy's “Between Friends”, and Frank Ocean's “Super Rich Kids”, assured his time in Samoa had not extracted vital skill nor his sinister slant. Early single “Chum” called out guilty parties who made returning to music, let alone returning home to family, complicated to a point that the song's ending sentiment “I'm back a week and I already feel like calling it quits” should have quelled our hunger, like let the kid breath for chrissakes. Therein lies the shortcomings of Doris, while a triumphant major label debut, he's still purging our impositions from his art in order to discover who Earl is at 19.

“Pre” purposely denies us a grand “allow me to re-introduce myself” moment by making SK La' Flare (Frank Ocean's cousin) the first voice on record. By design it's a false start sent to antagonize criticism. Throughout the record Earl mentions the great expectations and pressure to succeed, so why not send out SK La' Flare like an opener pushed on stage to have chants of “Free Earl” resonate above his vocals. But who can blame Earl for the hestitancy?

By “20 Wave Caps” Earl is settled in. By “Hive” he's back in old form, possibly delivering his best opening bars since he was that hot n' bothered astronaut. But, Earl Sweatshirt's been telling us if we dug his old form, he's losing us as fans. There's no denying “Burgundy”, “Chum”, and “Sunday” exceed what we expected of Earl in terms of songwriting and addressing his personal narrative, but much of Doris is guilty of pandering to our deepest needs – maladjusted witticism to unravel in headphone sessions on transit. In Earl's absence Tyler discovered what makes the kiddies go yonkers and embeds that formula twice into Doris on “Sasquatch” and “Whoa” (which I'm just discovering samples the squishy-toy aliens from Toy Story). But the core of Doris relies on Earl's uncanny lyricism – a word I thought I'd retired in '04 – which has spawned patterns so intricate old influences like MF Doom and Eminem are beneath him.

Earl Sweatshirt owed us nothing for what we did to a kid who's now only 19. Doris, with a title dedicated to his deceased grandmother, could have contained “Chum” as the opener, suggested he's on the verge of quiting this shit, and launched into a complicated record denying us at every turn of the artist we embraced at age 15. Earl submits in cooperation through out the album with heady metaphors tucked in swollen slant rhymes in chorus-less tracks or, at his most submissive to pop-structure, a RZA appearance to declare “I'll fuck the freckles off your face, bitch”.

I'm bemused by the backlash in reviews, because while I have my nitpickings to stand by, Doris is one of the most festering rap records to get caught up in my noggin'. I'm not the least bit concerned with it latching to my spinal cord and taking the shape of a tumorous growth. There's this downplay as though it was made to change our lives in one week, or worse one listen. Very little of Doris reads radio-ready, festival circuit, headlining tours, and SNL performance. It dodges all the key components deemed necessary for a successful career, which his Odd Future cohorts have embraced and reaped. Despite his claims, Doris is for the fans who can recite “I'm a hot and bothered astronaut / crashing while jackin' off / to buffering vids of Asher Roth eating applesauce”, just like it were “rappers I monkey flip'em with the funky rhythm I be kickin'…” or “Slim Shady / brain dead like Jim Brady…”. Though perhaps he was addressing that tweet to the security guards at LAX who greeted him by name when he got off the plane from Samoa? To those fans – the type no artist ever needs – carry on with your kneejerk disappointments.