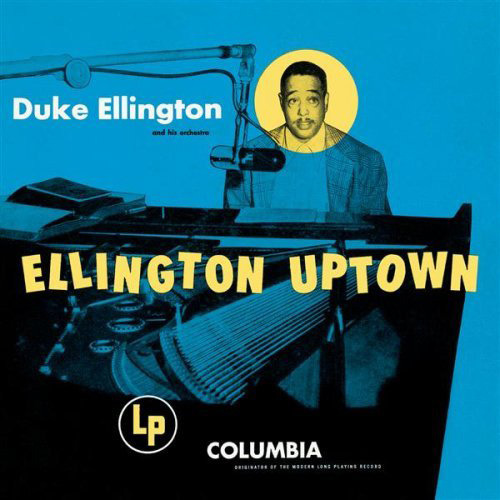 John Howland is a music professor at Rutgers University, and a co-founder and editor-in-chief, of the music journal, Jazz Perspectives. As a musicologist with a focus on 1920s-1950s jazz, his work is both intensely detailed and continually readable. His examination lands on the fundamental question of the legitimacy of “symphonic jazz,” and long-form concert jazz, in the early twentieth century. He does this while discussing Duke Ellington and James P. Johnson, and the roles each of them played in establishing a whole new voice for jazz, both on record and in concert.

The premise here seems to involve the bizarre existential phenomenon in the early twentieth century in which symphonic jazz, as it’s come to be known, essentially, invented itself as a way for jazz forms to marry classical music forms in an effort to foster greater public consumption of both forms. Symphonic jazz came into being as a middle-brow category that paralleled and crossed paths with traditional jazz forms while largely existing outside of the framework of either jazz or classical music. (It pulled white listeners away from serious music, so the thinking went.) For all of these reasons symphonic jazz was frowned upon by both the upper-crust white classical music community, as well as the high-brow white and African American jazz audiophiles.

Symphonic jazz is now known, within the scholarly community, as a hybrid concert form, but also as an entire tradition of arranging jazz music that grew out of several different gardens. Ellington and Johnson represent two of the pivotal figures upon whose shoulders one can tell this story. Composer/pianist Ellington is critically lauded as one of the finest American composers, (though his work as a jazz musician exceeds the definition of a “composer”), while pianist James P. Johnson rose from being a “common composer” of ragtime and pop tunes to undertaking much grander, extended compositions. Along the way he re-invented jazz piano.

Howland spends time outlining these men in the context of a cultural timeframe when the world wasn’t quite ready for either of them. The dichotomy between marketing Duke Ellington as a pop figure to white audiences, and the making of Duke Ellington as a serious jazz composer is one such problem. There is a passage regarding a William Morris Agency memo about “how to sell Duke” to the public: “A musical genius whose unique style and individual theories of harmony have created a new music.” Point well taken, but you’ve got to wonder how much anyone at WMA gave a tinker’s damn about Duke’s music.

Howland gives us lots of pages of extremely precise analysis that moves freely from musicology of the work to the cultural-sociology of the subject. Ellington referred to the smaller parts of his longer works as “movements” and “themes,” and Howland worms his way in there and unearths as much data as he can find. He explicates the case of one of the most argued about of all of Ellington’s works, the extended large-scale piece entitled, Black, Brown & Beige. Critics have attacked it as “not quite all there” in the context of poetical, symphonic jazz. Nevertheless, Howland argues that it stands along with James P. Johnson’s extended piece, Harlem Symphony, as a groundbreaking work within the category, if not within all American compositional categories, period.

Unfortunately, Ellington knew little of the worldwide praise that now flows so effortlessly when speaking about his music. Frank Zappa tells a story in his autobiography about Ellington trying to “bum” ten bucks of off him when Zappa, on tour, saw him backstage at a Mothers of Invention show somewhere in Europe. So though it may have been a Pyrrhic victory for Ellington, his and Johnson's modern large-scale compositions helped pave the way for later twentieth century breakthroughs in jazz and modern classical music. I think both Ellington and Johnson would relish the musical passion found in this otherwise scholarly workbook. And I think they would love the fact that we’re still talking about their music roughly ninety years after they began making it.