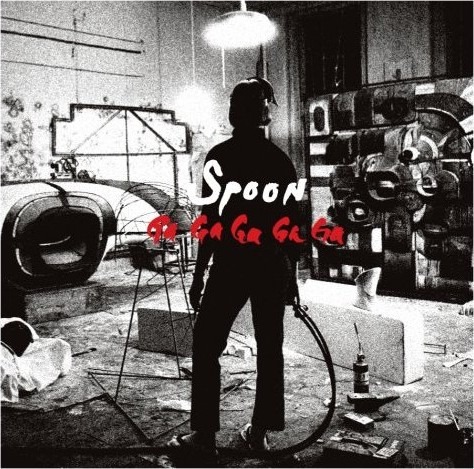 Having achieved mainstream success with his work on the Will Ferrell comedy, Stranger Than Fiction, Britt Daniel, singer/songwriter for current indie-faves Spoon, took some time off in between albums to marinate in the band's newfound success, which they attained while working on their own terms; it's a rare occurrence in any era of the music industry. Having started off on the New York City independent heavy weight Matador Records, the band dwelled there for an album and two EP’s before moving on to the major label temptations of Elektra. Their 1998 Elektra album A Series Of Sneaks was a horrible experience for the band, and it was not long before they were dropped but then wisely picked up by Superchunk frontman and Merge Records owner Mac McCaughan.

Several albums and a Will Ferrell soundtrack later, Britt Daniel and the boys from Spoon have found themselves sitting on top of the world. With the release of their sixth album, Ga Ga Ga Ga Ga, the band seems poised to make a big dent in the world of mainstream rock music supplied by independent bands. Spoon makes quality blue collar rock and roll music, like a modern day Huey Lewis and The News, and on Ga Ga Ga Ga Ga, the predominant musical factor Daniel focuses on was not ethereal guitars, or fuzzed-out Fender distortion. No, the reoccurring theme that everyone in America will notice about the new Spoon album is this: there are a shit load of hand claps. What’s up with that? It sounds like these guys were playing patty-cake in the background of the studio while they were recording. There’s like four songs on this album that are “peppered” with hand claps. “You Got Yr. Cherry Bomb” has hand claps, “Don’t You Evah” has hand claps, “Finer Feelings” and of course the first single “The Underdog” is like a gangbang of hand claps and tambourines.

I don’t know whether that bothers me. It’s just I seem to notice the little things these days; maybe it’s because I feel obliged to clap along. It’s very difficult for me to listen to these songs while I’m driving. Also, I’ve already been chastised for almost accidentally awakening a sleeping baby while listening to “The Underdog” on headphones. Listen up friends: if you’re going to decide to fuck your lives up by getting pregnant in your early twenties, don’t come over to my apartment with your goddamn kid, ask me to put my headphones on while it craps itself in its sleep, and then not have sex with me, but instead yell at me for clapping my hands along to a groovy song. I pull out, and so should you, gang. That’s my summer safety tip for the month of July: pull out.

The video for “The Underdog” is set in a recording studio and no one is doing any hand claps. Everyone is just hanging out, looking like they’re stoned as shit, and they’re all shaking tambourines and bell sticks. They even show microphones set up everywhere for “authenticity.” Where the hell are the hand claps, then?