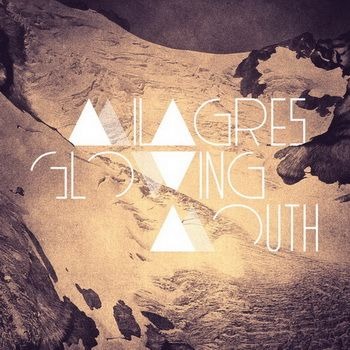 As the seconds begin to tick on my iPod and Milagres’ debut, Glowing Mouth, breathes into my ears, I’m suddenly greeted by a Vision of Indie Flicks to Come: It’s Zooey Deschanel, doing slow-motion spins in a large expanse of grass, smiling, laughing soundlessly, dead dandelion petals floating in the air around her cheeks. It’s the music that’s conjured her: New tunes so hip, so clean, and so strangely adorable, they’re almost sickening.

With a heavy emphasis on keyboard-driven pseudo-pop reminiscent of 80s radio kings, Glowing Mouth arrives at the perfect time to melt into the general surroundings. Its intricate title track riffs on My Morning Jacket’s tendency to drift between vocal extremes, though singer/songwriter Kyle Wilson seems to have stolen Chris Martin’s voice in some strange ritual involving shells, a lady octopus and a redhead. Wilson’s dreamy falsetto begs a closed-eye sway, while the tempo tugs between techno and folk. Put it all together and you’ve got Coldplay at a club in the 80s, swilling back whiskey sours with Jim James and The Little Mermaid. Strange how things are getting fuzzy here…
The album starts on a high note with the dramatically building “Halfway” and so-happy- it’s-kinda-creepy “Here to Stay,” but it soon delves into the shadows until it loses itself in its own darkness about halfway through, tapering off anticlimactically with forgettable and overly melodramatic numbers like “Doubted.”
Yet as much as I want to dismiss this debut as too polished and too “Yellow” – god, it was all yellow! – there’s one number that I can’t let go, one number that’s been chasing me around the room ever since I started playing this LP — it’s the one number that may save this entire record from the oblivion of dance-pop something, and it’s the profoundly simple yet eerie “Gentle Beast.” With its story of loneliness told through the metaphor of futile, howling wolves, backed by a thick thumping, “Gentle Beast” is the perfect fairy tale for desolate adults, heavy with a spooky majesty. Both injecting power and emphasizing emptiness, “Gentle Beast” is a masterpiece best appreciated in the pause before the storm.
Glowing Mouth was appropriately written by Wilson as he laid in bed after a rock climbing-related back injury, and the record reeks of entrapment – caught in a moment that anticipates the next, “Lost in the dark/Feeling the way/Feeling the way.” Wilson lures you in, but ultimately, it’s hard to stay stuck with him.
PrevPreviousWest – Wooden Shjips
NextRite of Passage – Abstract ArtimusNext