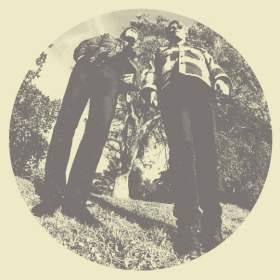 Let’s keep this simple. While Ty Segall is certainly regarded in a higher light than Tim Presley’s White Fence, it’s Tim Presley, the veteran, that is very much aware of his talents and how he wants to implement all that he has learned in his career, confidently, into his music. In all Segall’s prolificacy, he’s still searching, favoring exploration above complacency in an effort to truly be an artist of substance. The “It” is nothing Segall wants, nor Presley, but Segall’s is still very young and hungry, and until he truly finds himself amongst the heap of hype and sold-out shows, he’s never going to be satisfied. Despite being a collaborative record, Hair is very much Presley’s mastery of confidence combined with Segall’s impassioned sense of will.

That being considered, this isn’t Segall’s first collaborative record. 2009’s Reverse Shark Attack captured Segall’s reverberated sludge fuzz over long-time friend, and former/current bandmate, Mikal Cronin’s fast-paced attack. Segall has since drifted away from the reverb and more into the subtle dynamics of delay, both with vocals and guitar, with minimized feedback since 2010’s Melted. Presley is more into vocal reverb than messing up his Jazzmaster’s natural tone with anything besides an Electro-Harmonix Big Muff pedal, so the converging styles of Segall and Presley on Hair are rather complimentary to what plays more like a unprecedented rock hybrid– “a study” as my roommate suggested– than a nostalgic take on any one specific place or time.

Presley’s nasal, faux-British vocal stylings dominate the bulk of the tracks relegating Segall’s vocals to lead only on “Easy Rider” and “Crybaby.” “Easy Rider” runs congruent with the stripped down structure of Segall’s latest single “It’s a Problem,” while “Cry Baby” acts as connection between the hiccup gallop of Charlie Feathers and rockabilly-punk of The Cramps. “Cry Baby” should be on every dive jukebox in America. The opener “Time” could easily find its way onto a classic rock station if packaged correctly–well, under the guise of a lost album from Atlantic in the early '70s. Any fan of Crosby, Stills, Nash, and Young; Cream; or Steppen Wolf won’t have any issue with hitting repeat, or readjusting the needle for that matter, on this one. “I Am Not a Game,” fit with a Wurlitzer, pits Presley’s matter-of-fact vocal delivery and rhythm versus Segall’s chaotic support on drums, backing vocals, and noodling guitar work. “Scissor People” flexes similar with Segall at Presley’s back on vocals, but opens up with Segall’s staccato play on chopped note bends and gashes of bleeding psych-surf picking. Crops of reverse production and a burning solo by Presley finish it all off creating the antithesis of their combined capabilities. Hair closes out strong with “Tongues” combining a duel harmony over a shaker and a hip-twisting bass line that leads into a meandering storm of a solo stretches, fuzz, and oscillation.

Those who are familiar with these two artists will easily be able to pick out who’s doing what and why, because these two artists have some of the most unique styles in the rock ‘n’ roll business right now. Presley’s favored fabric of tape-crackle skirts under the eight tracks comprising the almost 30-minute affair. Over top the vintage blanket of slight crackle and hiss lies Segall’s caustic tricks of bend, tremolo picking, and tasteful spikes of echoplex. Presley contributes his variety of reclined acoustic strokes, signature whips of slide tremolo bends, and reverse tape-effect outros. This combination points in all sorts of directions– garage, rockabilly, psych, proto-punk, glam, Southern rock, British invasion, etc.– but before you go trying to pick apart what it all means to satisfy your urge to pigeonhole the whole thing, relax, and let the savvy pastiche run its course through the transcendental peaks and troughs of their combined history of taste and talent.