How Far Away – Alex Bleeker and the Freaks 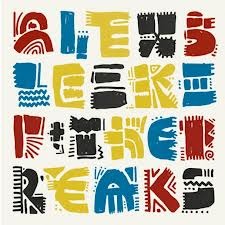 Forget Kurt Vile’s Constant Hitmaker or The War on Drugs’ Wagonwheel Blues; Alex Bleeker and the Freaks’ self-titled 2009 album has to be the closest thing there is to a sincere indie dad rock record. Bleeker’s unfailingly affable followup, How Far Away, would probably take that honor from its predecessor, were it to actually rock at all. Instead, it ebbs, flows and meanders through much more pastoral territory.

The first time around, Bleeker simply gathered his Real Estate bandmates and Julian Lynch for a daylong jam, riffed on some Tom Petty and Neil Young, and called it an album. For the more considered How Far Away, a new — but like-minded — band of Freaks was assembled, one that includes members of Woods, Mountain Man, and Big Troubles, plus Real Estate drummer Jackson Pollis. Young (sans the ferocity of Crazy Horse) remains a touchstone, and the influence of Gram Parsons’ ballads graces the more syrupy songs. But it’s Working Man’s Dead and American Beauty, the sparse and concise Americana anomalies of the Grateful Dead catalogue, that seem to inform the subdued, twangy folk-pop of How Far Away more than anything.

The album nearly works as a song cycle, with each track examining the same failing romance from a slightly different angle. But thanks to the general warmth and naturalness of the arrangements, the mood never really darkens beyond “I’m bummed out” territory, even when the weepiest of pedal steels paints the nocturnal atmosphere of “Leave On the Light.” Probably not coincidentally, “Home I Love,” the song with the most maudlin lyrical details (shaky hands, passing out alone at the kitchen table) is also the one where Bleeker’s vocals are mixed the lowest, making space for a trio of guitars to ripple, eddy and intertwine. Bleeker toys around with some different vocal registers, but gets the most mileage out of a high and lonesome whine that fits neatly into the Young-J. Mascis-Doug Martsch line. It’s a guise that couldn’t be better suited to the sound that makes up the bulk of How Far Away, which, at its best, tends to resemble a more stripped-down and countrified Real Estate. But as on Matt Mondanile’s latest Ducktails effort, the spotty Flower Lane, trouble emerges when the comfort zone is left behind in favor of experimentation. “Time Cloud,” a curio that pits doo-wop against a synthy, white blazer-wearing vibe, probably should have just stayed a trifle amongst friends, but somehow it ended up sequenced smack in the middle of the tracklist. That it’s followed by the melodically underdeveloped “Who Are You Seeing?” doesn’t help, but in a sense, even these weak moments are emblematic of How Far Away as a whole: they’re well-mannered, their hearts are in the right place and its easy enough to just let them melt into the ambiance of your day.

At times, it feels like Bleeker was trying to make the most modest record in the homespun and humble history of Woodist, and it somehow seems ill-timed to review the record after only cursory listens. Its pleasures are so muted, it practically introduces itself as a grower before bowing out amicably into the background, no matter what volume it’s played at. This is the kind of album that, for some, will be easy enough to passively dismiss or just plain forget. Yet it’s also the kind that tends to slowly seep into regular listening rotations, becoming a go-to for hangovers, daytrips to the suburbs and other situations that call for something that’s as noninvasive as it is cozy. While this may scan as rather backhanded praise, it’s likely that Bleeker wasn’t aiming to do more than give us a peaceful, familiar place to return to every now and then. To paraphrase a particularly sage Dead song, take it if you need it, if you don’t just pass it on.