I Need You Bad – Sonny Smith 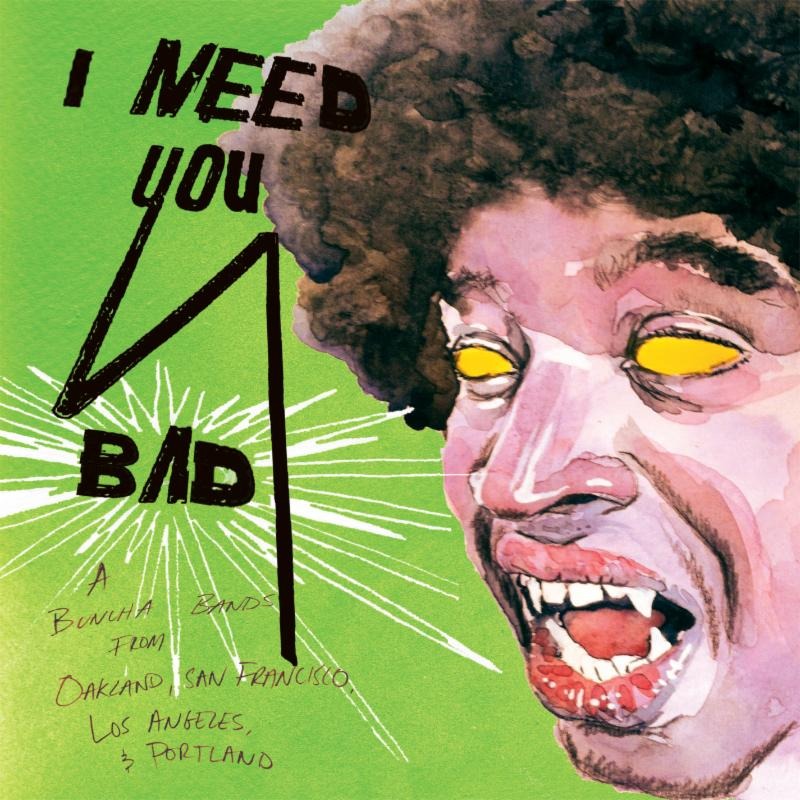 Given the chance to compile an album's worth of material documenting the current state of the Bay Area garage scene, the compilation that would become I Need You Bad, singer­/songwriter Sonny Smith did what he always does and thought bigger. Smith is no stranger to ambitious projects. A few years back, his 100 Records project found him inviting 100 artists to create album art for fictitious bands. He developed back­stories for these bands and those back­stories informed the two songs he wrote for each of them, an A side and a B Side. The culmination of the project was a San Franciso gallery show in which the copious artwork was displayed to the soundtrack of the accompanying songs, which issued from a jukebox that Smith had built for the occasion.

Smith, who leads Sonny and the Sunsets, took a subjective approach in assembling the line up, culling bands on the basis of his own tastes. Never one to be hindered by mere geography, Smith decided the best way to expand on the variety of a Bay Area garage compilation would be to extend the radius of selection beyond the Bay Area. “It was supposed to be San Francisco bands, but San Francisco bands are usually Oakland bands if you actually look at where everybody might live. [So] it was opened to Oakland, [but] a few bands that were Bay Area at the time it began have since moved to LA , as have many artists these days…My criteria was just if I heard something and I dug it,” Smith explained via email. In less capable hands, especially in the absence of resources, or a proper sounding board, this kind of mission creep can dilute or even derail the most modest of projects. Smith, however, curates with confidence.

Though some abrupt shifts in tone threaten to quell the momentum, I Need You Bad zooms along at a steady clip. Ultimately, it’s the shifts in tone that best showcase the diversity of the scene. As disparate as the contibutors may be, all contributions strive for the same pop timelessness Smith seeks with his own Sonny and the Sunsets. The selections vibrate on the pop wavelength, vacillating and wavering to various frequencies of abstraction. The album opener, Warm Soda’s “Tell me in a Whisper,” is pure bubblegum beauty, while the bluesy psychedelia Earth Girl Helen Brown’s “Faraway Place” is arresting in its directness. Other highlights include the haunted and driving “Thine Eyes,” from Pure Bliss and “Miracle of Life,” a song that isn’t included on Magic Trick’s excellent new River of Souls, but equals the best of what Tim Cohen's latest record has to offer. Still, Smiths’s own contribution, “Those Drawings I Told You About,” seems to offer the most insight into his creative approach. “These are those drawings that I told you about / and I was a weirdo / way back then,” he sings. This self­conscious recollection of awkward youth and burgeoning creativity is offset by a strutting, wrong­-side-­of­-the­-street­ riff. It is this naive ambitiousness that makes everything Smith pulls off so charming.

It should come as no surprise that Smith came to songwriting by way of fiction, beginning his creative career as a novelist and playwright. He brings the world­building methodology of those professions to I Need You Bad. It amounts to a record of the world as Sonny Smith perceives it. If I Need You Bad captures a scene or a sound, it is not a scene hedged by city limits or a sound hedged by genre trope. It’s the Sonny Smith scene. It’s the Sonny Smith sound.