Live at the Hideout – Screaming Females 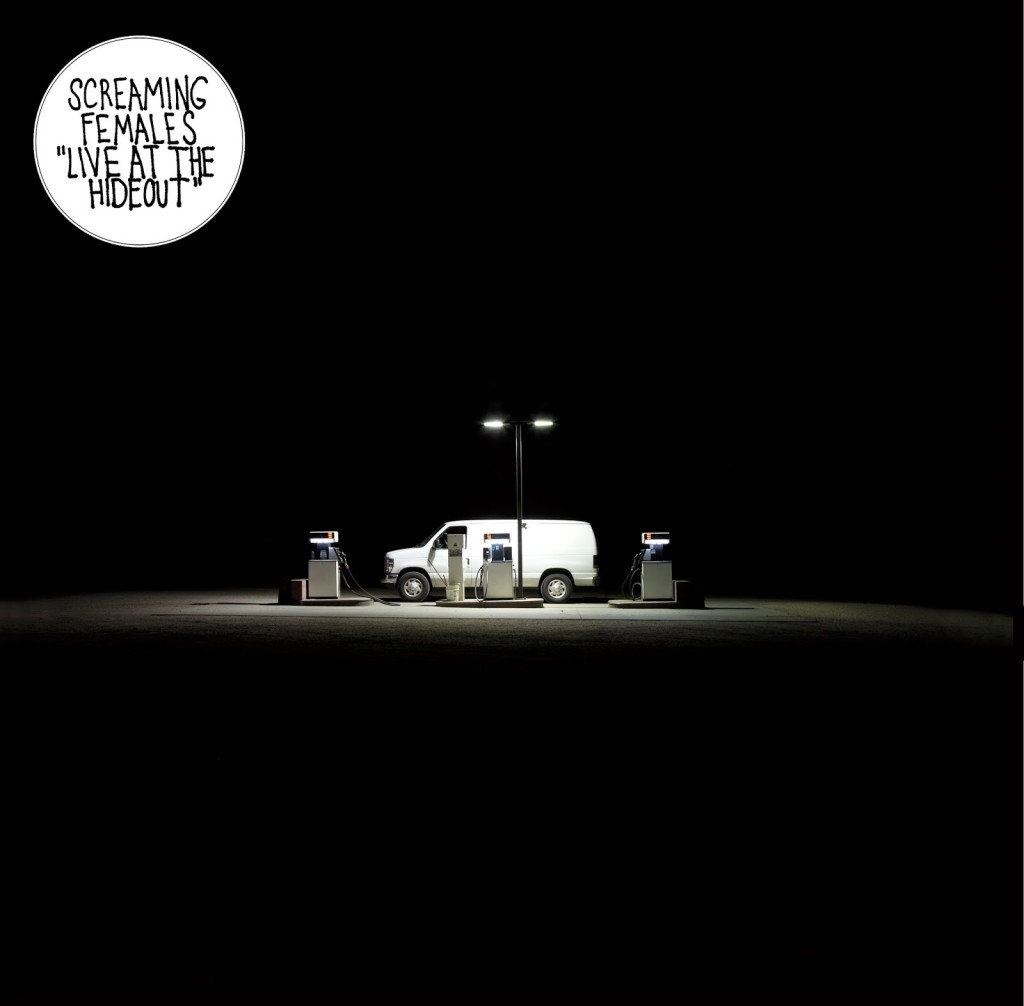 Halfway through the Screaming Females’ Live at the Hideout, you hear Marissa Paternoster’s normal speaking voice for the first and only time. Between a jammed-out seven-minute version of “Lights Out” from their 2009 record, Power Move, and a more guttural, rough “Sheep” from 2010’s Castle Talk, Paternoster, who prefers to keep her head down and let song merge into song, pauses to say, “We’re Screaming Females. We’re from New Brunswick, New Jersey. Thank you for coming out to watch us play.” Her voice sounds timid, rushed… cute. Twenty seconds later she’s morphed back into the earth-rattling lead singer, bending and shaking her howling voice to shoot taut phrases into wailing guitar riffs or pooling chords.

While the live album, recorded by Steve Albini (who helped the band become darlings with 2012’s Ugly), perfectly captures the Screaming Females’ talent, translating the band’s memorable and often better live versions of their catalogue to record, there’s something not quite captured. And that something is how downright fucking impressive Marissa Paternoster is, particularly when you see her face-to-face.

Listening, it’s as easy to forget that Paternoster is the force behind the amazing guitar work. Even if you keep that in mind, it’s just as easy to think of her as a confident, tits-forward powerhouse of screeching punk. That one moment at the end of “Lights Out” is so buried, so brief, you can almost convince yourself it’s an anomaly. And, in some ways, that’s exactly what it is—an incongruous moment, something that doesn’t quite fit the mold.

Which is exactly what Paternoster does best—ignore the mold. Seeing the band live is the easiest way to recognize that. Paternoster is tiny, mostly shreds with her head bowed, and screams like she’s possessed, but also has a sweet approachability. The lead of the band in every way, she commands through her talent, which is on ample display here. Only the touch of something mysteriously unique—something Paternoster possesses that may not be recordable—is missing.

Not to say this is a bad record at all. We’re comparing hot chocolate to hot chocolate with marshmallows, here, and I’m just missing the mellows. One of the best things about Live at the Hideout is how the recordings—which occurred over two nights—span the band’s entire career so seamlessly. From “Baby Jesus” (Baby Teeth, 2006) to “It All Means Nothing” (Ugly, 2012), what’s shocking about the live set isn’t how different everything sounds, but how the Screaming Females have managed to keep their first recorded songs so close to heart, so much a part of what they do that playing a throwback isn’t just “playing the hits.” Every single song from five albums recorded over nine years still sounds relevant and fun for the band.

Live at the Hideout is an extremely well recorded live album from a band that is definitely worth hearing live. But if any Screaming Females Doubting Thomases still exist, trust your instincts: seeing is believing.

PrevPreviousUnder Color of Official Right – Protomartyr
NextThe Both – The BothNext