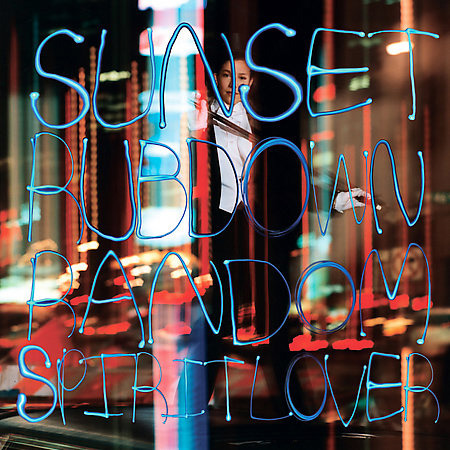 Search for an article on Sunset Rubdown, and it’s more than likely that you’ll also see the words “wolf” and “parade” making an appearance in the text. Sunset Rubdown is a Montreal indie rock band with two well-received full length albums and one EP since their 2005 inception. They should’ve made a name for themselves by now, but when your lead singer and principal songwriter is Spencer Krug, the prolific frontman of Wolf Parade unconcerned with suffering an equally popular side project, the project has remained a quieter, and in turn, more delicate endeavor. Sunset Rubdown's third full-length release, Random Spirit Lover, is another fanciful step from the shadow of Wolf Parade.

The album's like a whimsical traipse through a dark and densely wooded landscape populated by menacing forest creatures. Each track plays like an accompaniment to scenes from a fairy tale, more Grimm's than Disney, resulting in an adventuresome work that is simultaneously exhilarating and wearisome. Exhilarating, because Krug has a wonderful command of words and musical notes, and ably strings them together to sculpt a formidable body. Wearisome, because this album is not for the faint of heart or those afflicted with attention deficit syndrome. Clocking in at two minutes shy of a full hour, the album features near-seamless transitions from one song to the next. With one song bridged to the next and each toying with a spectrum of emotions, it feels even more like a breathtaking feature-length epic. Patience is key here, and it is indeed a virtue. The payoff is the light at the end of the tunnel, when you have savored and digested the material, and can properly reflect back on everything you've absorbed.

A shrill, piercing guitar introduces the album, soon accompanied by frenzied keys. Before long, Krug’s distinctive vocals take center stage, our cryptic guide taking us on his mystifying odyssey. As we wade through the mire, comprised of layered instrumentals and open-ended metaphors, it becomes clear that our guide is no guide at all, but an artful Puck seeking to deceive, or a lost soul in the quagmire who has been enchanted by the chaos. Either way, he’s not looking to bring any clarity to his audience. It’s a muddled mess, and it’s captivating.

This is usually the part where I pinpoint two or three standout tracks. In this instance, however, that would be a disservice, both to the music and the listener. This album should be regarded as a cohesive whole rather than fragmented segments. Perhaps therein lies the key as to why Sunset Rubdown always comes second to Wolf Parade: Sunset Rubdown records are long, drawn-out affairs and these days, who really has time to sit down and dedicate an hour to truly listening to the music? In an alternate world, Sunset Rubdown would be under the shadow of no one.