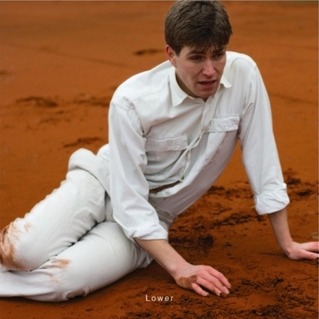 When Lower released their debut EP, Walk on Heads, it was impossible to read an article about the band without a direct comparison to fellow Copenhagen band Iceage. That was 2012, a year after Iceage's explosive New Brigade LP brought the Copenhagen punk scene to the attention of American music fans. In fact, it's still impossible to avoid this comparison.

By the time Walk on Heads dropped, Copenhagen punk bands were assumed to be raucous and aggressive, selling knives as merch and leaving someone at every show with a bloodied face. While I cannot attest to Lower's performance behavior, Walk on Heads certainly sounded like a punch in the face.

Lower was founded in 2009 by longtime friends Adrian Toubro (vocals) and Anton Rothstein (drums). They were soon joined by Simon Formann (guitarist) and Kristian Emdal (bass). It is worth noting that almost every member of Lower also plays in another Danish punk band. Camaraderie may be Copenhagen's specialty, but this also goes to show just how small their scene is.

But even while there is so much space for comparisons, Lower's long awaited debut album, Seek Warmer Climes, proves that these connections have little influence on Lower's work. Seek Warmer Climes challenges their past comparisons and misconceptions of being a stereotypical Danish punk band. While the album is by all accounts a carefully constructed, noisy punk record, it rarely recycles the seething fury of Walk on Heads. In fact, the album is quite upbeat and focuses on expanding and opening one's own mind. Even the title, Seek Warmer Climes, signals an optimistic outlook.

Toubro told Impose that the album's lyrical content is mostly about personal progression, “Moving from a bad place to a good place, trying to reach that. It was very important to me that the issues would be something that were universal, relatable for everyone… to take something that was very banal and down to earth and write something beautiful about it.”

This attitude is immediately apparent on album opener “Another Life”. The song's first words are “Now it's time for change / Time to reshape your face / Stake on something new / Cut where you have to.” As guitars churn and drums crash, Toubro expresses the difficulties of transitions. Rather than screaming, Toubro pleas, using the instruments to emphasize his desires. Many of Toubro's lyrics feel tinged with regret. This is perhaps most evident on “Lost Weight, Perfect Skin,” which uses body modification imagery to cling to a hopeless pursuit of change: “Nothing changes only bliss / Which slowly ceases to exist.”

Rather than beefing up their sound, Lower is on their way towards honing it to perfection. Each song feels thematically guided and solidly constructed, demanding your attention without physically grabbing it. Rather than becoming lost in chaos, Lower concentrates on indulging in their quieter moments. Then, just when the song feels like it is winding down, they come back with even more fury. This is most evident in the slow burning “Expanding Horizons (Dar es Salaam)”. For seven minutes, the song bubbles under the surface, slowly building tension without ever exploding as Toubro sing-chants about the isolation he faced while working at an orphanage in Tanzania in 2009: “We travel far / Expand our horizons / But in the process I see / That no horizon will ever benefit me.” These quieter moments are the times that differentiate Lower from their peers.

Furthermore, Lower has the hunger and the drive to separate themselves from their punk peers. As Seek Warmer Climes displays, their quest towards reinvention, both musically and personally, is just beginning.