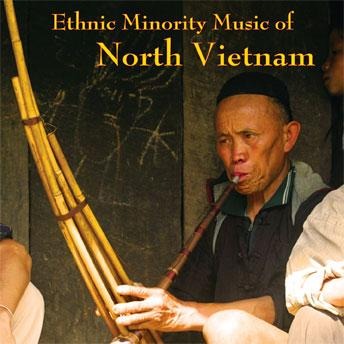 I was always disappointed with Vietnamese pop music. The moments in my childhood without it were few and far between; if it wasn't my mother it would be my sisters, or my parents friends, or the pho noodle shop, or the Vietnamese mall, or the car at the stoplight next to us. For the most part, life didn't exist without it. And because of its constancy, I had as much of an opinion about it as I did for the white walls of my lower middle class North Houston suburban home at 6451 Woodland Trails. As I got older and sought out new experiences, the music, like those white walls, became mundane, confining, and filled me with a general sense of ennui. I wanted nothing more than to break out, but was there anything else? Vietnamese pop had the effect of durian fruit, a Vietnamese acquired taste I could not acquire that left me feeling whitewashed and out of place.

My distaste for the music was part rebellion and part aesthetic. With all that we have gone through, Vietnamese music seemed overly safe, straight-jacketed by ideas of American pop and R&B. As an angsty teen, the songs seemed vaguely dishonest in their romantic tones. The production seemed narrow, akin to laserdisc karaoke. Electronic drums provided wan beats which were never more imaginative than Casio presets. This sickly soft rhythm was paired with thin melodies of guitar and synthesized strings. It was all about the vocals, which were overly loud and filled the room as if the producers took a page from Phil Spector's handbook. The lyrics were equally safe, they were always about love, memory and nostalgia though never about their natural corollaries of pain, destruction and anger. It all seemed, in a word, cheesy.

But for the Vietnamese-speaking emigrant community around the world, these songs were one of the common cultural footholds for a people without a home. They were rendered and re-rendered by a legion of Vietnamese singers celebrated in the most widely watched Vietnamese-speaking serialized productions of all time, the Paris By Night annuals. This was the Vietnamese Top of the Charts, but meant for all ages. The event itself was highly attended each year by the most important Vietnamese figures in the expat community, and the recordings of it were distributed around the world to be consumed by Vietnamese households everywhere. For a young Vietnamese growing up in Texas, full of angst and pretension and with an ear for music, these bland Oscar-like productions epitomized everything I hated about the Vietnamese experience. We had survived three decades of war, poverty, napalm, mass executions and American racism to be left with a pale imitation of Western pop.

If misery creates art, than it seemed Vietnamese music needed another three decades of carpet bombing. Had we not stared deeply into the abyss? And yet the abyss seemed completely absent, filled in with trite lyrics, hair gel and Madonna-inspired choreography. There was nothing primal or urgent about the music, as if our exodus was to be sugarcoated with the sickening sweet taste of Americana. America itself was no doubt littered with the same cultural trash, but the American cultural landscape seemed so vast with its niche markets within niche markets, that one could find, with effort, music that transcended a purely commercial aesthetic. The problem with Vietnamese music was I could find nothing else.

War and exodus had created a country of youth. When I went back to Vietnam three years ago I found there was an energy, the inchoate murmurs of an explosive art culture. Today, young Vietnamese musicians have learned the ways of metal and rock and it’s now possible to find these genres of music within the Vietnamese pop pantheon. And though they can accurately approximate the music of Black Sabbath and Tony Benet, what they lack is that essential Vietnamese quality that creates its own scene while challenging those genres. Vietnamese music is unabashedly owned by its influences but unable to transcend it. But if the Germans were able to transform psychedelia to create Industrial, and Fela Kuti able to transfuse American Jazz with West African Highlife to create Afrobeat, could we as Vietnamese not do better than Paris By Night? Where was that new Vietnamese sound? Where was our Throbbing Gristle, our Fela?

So Ethnic Music Of North Vietnam exists as a counterpoint to all of this. Not because it is that new Vietnamese sound, but because the music on this album is uninfluenced by the West, unrecorded in the East, ignored in Vietnamese pop, and inarguably Vietnamese. All of these songs are performed in a traditional and seemingly improvised musical form by the Zhao and the Hmong, people on the short end of history and left out of the popular media of Vietnam. If survival is indeed a Vietnamese trait, then the Hmong — a people who etched survival out of harsh mountainous climates for ages, a people who have made a lifestyle out of war, a people used by the CIA to make cannon fodder for the Communist North — epitomize the Vietnamese experience more than any other. And if American pop has its roots in the blues, so too may Vietnamese music find its way from its trodden.

The first two tracks feature the kheng, a bamboo instrument with several reeds of varying lengths. And while the Western avant garde experiments with the atonal, Hmong kheng musicians have delved into it for ages. The notes from various reeds constantly overlap as theses songs progress, creating a sound like an out-of-tune organ, but certain themes return, waxing and waning into each other, giving the song a sense of breathing rather than rhythm, like with Ornette Coleman. When listening to the Hmong kheng tracks, the feeling is at once festive and haunting but little context is actually given to these tracks for those looking for the full “meaning” of the song. Most of the liner notes only tell us when and where it was recorded and the ethnic tribe of the artist. Occasionally other pieces of information are provided, such as we learn that on one of the kheng tracks, track seven, that the song is “for Hmong new year.”

Other instrumental tracks dot the album, instruments like the Pain sing, Piem zat and the chungja, the last being a harp that emits a sound that is at once percussive and melodic. Its music is odd and playful with a sci-fi quality, like a tiny robot communicating in blips and lasers. Its exuberance is made clear as one reads a liner notes, rare for its telling, which informs us that the instrument is used by boys and girls to express their affections for each other.

Though the instrumental tracks dominate the album, they are actually the least striking. The vocal tracks are truly the most startling pieces and I had only wished there were more of them. We are introduced to the first voice on track three, a Lu woman in Bin province, in a dramatic shift from the muddled cacophony of the kheng. There is an ease in the phrasing of her soulful croon that suggests an improvisational quality. Track six is sung by a black Hmong woman. The tone here is also conversational, but each phrase ends with a hard drop in pitch. Track eight has a similar cadence and shares the same hard drop in pitch suggesting that this is indeed a “style.” The scales used seem neither pentatonic (like most East Asian traditional music) or diatonic, but rather their voices dwell on those blue notes that exist in between. In the background we hear other voices laughing and commenting suggesting that this captured performance is freestyle. The real stars of the album though are the vocal tracks of the red Zhao. In these tracks, two or four woman together, one leads and is followed moments behind by the next voice, and then the next, creating an echo — an effect similar to a delay pedal but natural and unadorned by technology. Though the voices rise and fall moments apart from each other, at their peak, they harmonize creating an incredible resonance within the mix of echoes.

This music is not the new scene, not Vietnam's answer to Post-punk or Reggaeton, not the music I would have been looking for in my youth. It is, however, the Vietnamese blues, the primordial Vietnamese material to be picked up and shaped as musicians look forward with the past in mind. At its least, the album is a collection of striking tracks. And in an industry of overproduction and imitation, these tracks ring with rare authenticity. At its grandest, Ethnic Music of North Vietnam is a testament to cultures ravaged by history and on the brink of advancing capitalism. Where will these songs be as the Hmong and Zhao are annihilated or assimilated? Will they evolve as an art or will they fall by the wayside to the commercial pop mundanity that has conquered the rest of Vietnam?