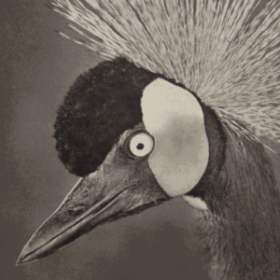 Lumerians' are collaborators in the truest sense of the word. While some bands can play their songs, many never join together to become one creative mind. Lots of groups don't need that sort of superhuman fusion; yet when you jam as hard as Lumerians you sort of have to. Transmissions From Telos: Vol. IV, consisting of four different improvised jams, is pure kinetic magic and proves Lumerians aren't a part of a band, but are really members of an acid guzzling, galaxy traveling spaceship.

“Track 1” effortlessly builds and breathes, sounding like some rainbow-tinted 'the blob' that Steve Mcqueen can only beat if he has the right dance moves. Fuzzed and wah'ed beyond belief, guitars lines speak in code, echo and repeat in some holy and historic manner. Driving rhythms keeps the song and record in a nearly perpetual motion, a particular feat among these songs.

Organ led “Track 2” is what a teenager from the fifties probably imagined the future's music to sound like. Broken screeches of organ open the track as a repetitive and krautish bassline gives way to a wash of percussion and more seductive organ. It bursts with enough jazz and pop that I can only imagine detectives fighting alien crime to it or an alternate On the Road, where all the cars fly and all the bebop musicians have sweat induced psych freakouts. “Track 2” could go on forever, and it truly feels like it. When the song hits six minutes it comes to an all too abrupt stop. If there's anything wrong with this record its how short the first three songs are: they probably went for twenty minutes in their original forms, and were most likely edited later. However, all of the grooves are so good that they could have easily gone longer without becoming indulgent.

Lumerians slow things down with “Track 3.” Sounding a bit more like a raga, there's a strong middle eastern influence to the song. Frequently buzzing and explosive, Lumerians have led listeners deep into the desert and there hasn't been food for days, water for hours and soon enough mirages appear and disappear. Lumerians have a way of disguising and changing their instruments into wholly different things: what sounds like guitars are truly organs, organs really guitars or sounds that are completely unrecognizable.

The final song, “Track 4” was kind of what I had hoped for from the other half of the record: 15-minutes in length, it's an expansive, droning epic. “Track 4” begins with long drawn out waves of bouncing and beaming guitar feedback and organ squeal. As the piece unravels, drums lightly putter in and give the song a momentum that is head spinning and out of this world. It eventually sinks back into a repeating bassline, while reversed and screaming organ and guitar fade into each other. A tropical rhythm is led in, which unravels to an uneasy, and disturbing end as percussive sounds jangle lightly above looped instruments.

With these strictly improvised tracks, Lumerians have proved the power of their musical imagination. What the future holds for this band I don't know: last year's Transmalinnia was more song based, and this is a jam record. Whatever they end up doing, these sessions not only excite, but continue to reveal its sprawling and epic secrets every listen.