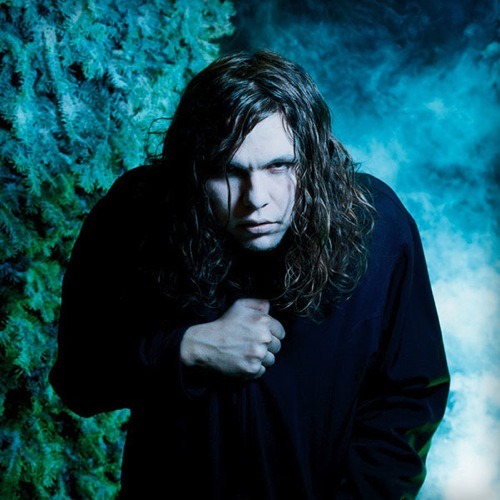 If you charted the career of Jay Reatard by the names of bands he has been in, it would seem the guy is on a decade-long downward spiral. Among others, and in no particular order: Bad Times, Lost Sounds, and Final Solutions have been a few of the projects that Mr. Reatard has had his name attached to prior to his signing with Matador Records last year. You can call the man a lot of things. He’s a troubled individual, a brilliant artist, an attention seeking total brat (these are culled from various accounts and opinions, not necessarily mine), but don’t for a second dismiss Mr. Reatard as anything less than a talented and prolific musician churning out material like a human production line – quality at a chilling, mechanized speed. Since his introduction via Goner Records in 1998, the guy has put out enough quality releases to be prepping for his first box set right about now. It was with that momentum that Jay Reatard signed to Matador. It was a triumphant moment for somebody entrenched in the underground for so long. He seemed poised to blow up, and then things began to get interesting.

Somewhere between producing the slew of singles released for Matador all through the year (which are compiled on the appropriately titled Matador Singles ’08) Reatard fast gained attention for antics that included assaulting over-anxious fans and ditching shows for girls he met on social networking sites. Whether or not he was prepared for the voyeuristic eyes and fast-typing fingers of bloggers who kept tabs on these things is unknown, but it seemed the nihilistic feelings expressed in song had began to manifest themselves in the real world. Maybe these were growing pains, but not surprisingly, the Memphis enfant terrible still found time to record his first proper full length for his new home called Watch Me Fall, and if the title didn’t worry me, the songs contained within do.

Leading off with something that sounds like it was written with the sole purpose of appearing in a commercial for an energy drink, or the next Jackass spin off show, Reatard wastes no time telling us how bad things are in his world. The song “It Ain’t Gonna Save Me” brings to mind Andrew W.K. with his testicles chopped off, trying to do ’77 punk on karaoke. Admittingly, in the past, I have felt uncomfortable with the man’s dark outlook on life, but would look past it because the songs were really good. However, something about this song makes me a bit nauseous. It’s an extremely difficult one to listen to, and might make people who gave up listening to pop punk in their teenage years stop caring by the first track. Thankfully, I’m not one of those people. Reatard picks it up for the next two songs, combining the sound of the band that could be considered his biggest influence – the Oblivians and the Buzzcocks. While you would assume that this is what we expected and wanted from Jay Reatard, something about the delivery sounds extremely strained – bringing to mind the old adage of “all bark, no bite.”

Suddenly I am six songs into this, wondering what the hell happened to Jay Reatard. These songs are unintelligent, and brutish. In the past, when Reatard was an underground fixture, his antics and bad outlook were a welcomed response to the countless number of bands who slummed it as indie bands before moving on to bigger and better things. It felt honest, and in many cases, sounded really good. Now it comes off as contrived, and forced.

Watch Me Fall does offer some moments that lead me to believe that Reatard still has more tricks up his sleeve. In contrast to six songs before it, “Wounded” is a gem. Reatard wisely combines his aggression with a Kiwi-pop arrangement that sounds like The Clean chanting at a a soccer match in Wonderland. It’s bizarre, hyper, and in the middle of a letdown, it’s one of Jay Reatard’s best moments. Even with that, this album can’t be salvaged. To those who would call the guy either extremely troubled, or an attention seeking brat, Watch Me Fall might be some of the strongest ammo they need to back up their claims. Meanwhile, I’m going to go on believing Jay Reatard has much more to offer us.