Ariana Delawari, “Here Is My Love” 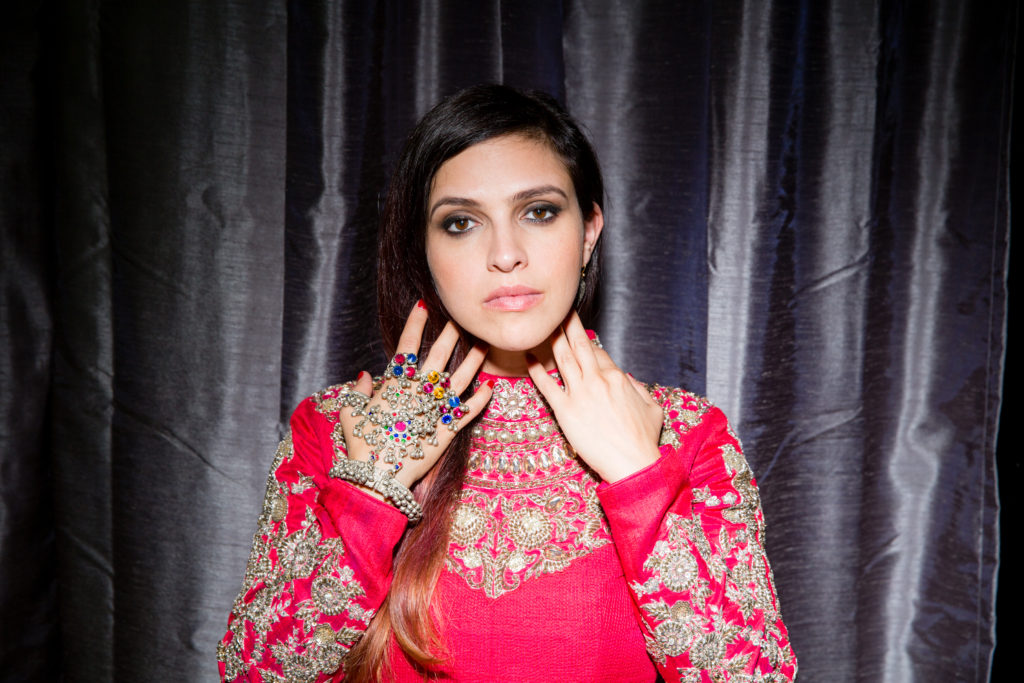 Ariana Delawari is a filmmaker, musician, and activist. She graduated with a B.A. from USC School of Cinematic Arts in film production, and has been creating different forms of art ever since – directing film, creating music, you name it. Her latest offering is a music video for her track, “Here Is My Love”. This song is a simplistic love lullaby that’s soothing and catchy, with a beautiful video to accompany it, and there’s no better way to introduce it than with Ariana’s own words:
“I wanted to direct a video for this song because of the message of the song. When I wrote this song, I felt like it was a way to open up my own heart more and keep it open every time I play the song or any time it plays out there in the universe. My friend Butchy Fuego produced the song from a guitar demo of me playing it on my acoustic guitar. My favorite part of the song is the second half when Heather McIntosh’s cello comes in, so Ellis Bahl played with that in the editing. I felt like the cello sound is that breaking moment in life or in a relationship when we finally give in and let the light and love in. Whenever I play the song, I sort of go into a trance and feel very calm. I felt like “Why not make one of the singles of this album the most calming song ? In a time when the planet is so heavy, why not make a single that’s like a love lullaby?” When I thought about a video, I imagined something really simple that was all about the dance, especially after directing such a heavy short film to go with the album. Choreographer Kathryn Burns said she was inspired by Tai Chi when she created the movement for it. I wanted her to cast dancers who were each totally different in style, and intercut between them doing the same dance. Stylist Leila Baboi had them bring their own clothes to keep it as real and stripped down as possible. Cinematographers Theo Jemison and Grace Oh wanted to shoot this in black and white, which I am really happy about. The intro strings are by Miguel Atwood-Ferguson from another song on the album called “This Love”. We brought them into the beginning of the video like an intro for the message, LOVE, in many different languages. Love wins.”
PrevPreviousTolan Shaw, “Change The World”
NextRED BULL SOUND SELECT ARTIST GALLANT TESTS HIS SUPER SMASH BROS. SKILLS AGAINST RED BULL ESPORTS ATHLETE LEFFENNext